I am building a GUI that needs to allow the user to:

Each of these "entries" hold very simple information:

The user is not interested in knowing the outlet value, so it is not shown until the user clicks on the outlet (wherby another screen is shown to allow modification of the value). For the user, the most important information that should be immediately visible is the outlet number, and all the outlet names.

Edit: Software background: I have a limit to how much detail I can give here, but here is some more detail:

Here's part of what I have: 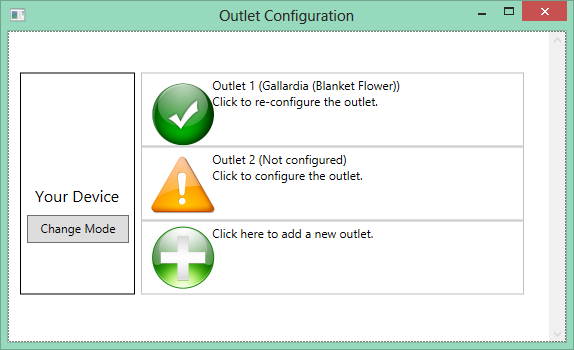 Your users are inexperienced and impatient, so two things are absolutely vital:

I think you're pretty close with your mockup. I like the use of icons very much (though the sheen is a little over the top). I would show more of a connection between the outlets and the device. Having a button to toggle between modes is usually not the best idea, as it hides the modes that are not active.

I would recommend the following:

I'm still not exactly sure about what the user would be configuring if the name and number aren't editable, and she isn't interested in the value, but lets assume that there are some things to configure. Here's a mockup: 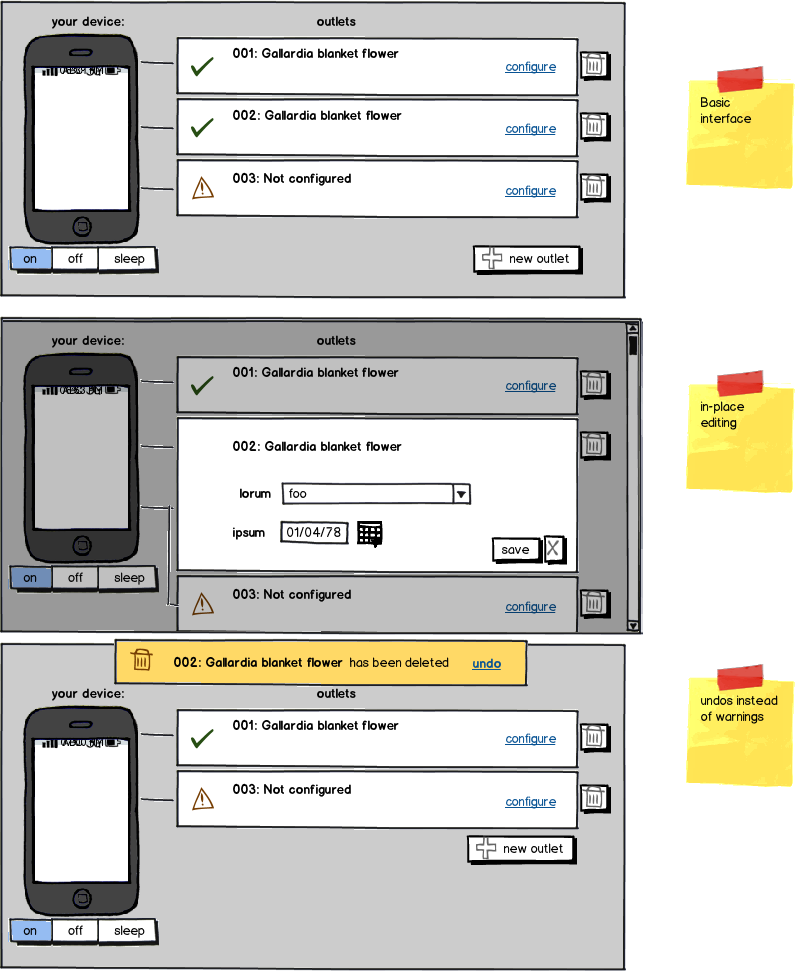 The whole thing might be a bit complex to implement, but hopefully you can pick and choose form these ideas.

If I understood your requirement properly, display all the records and provide the command buttons to Add / Modify and Delete as below 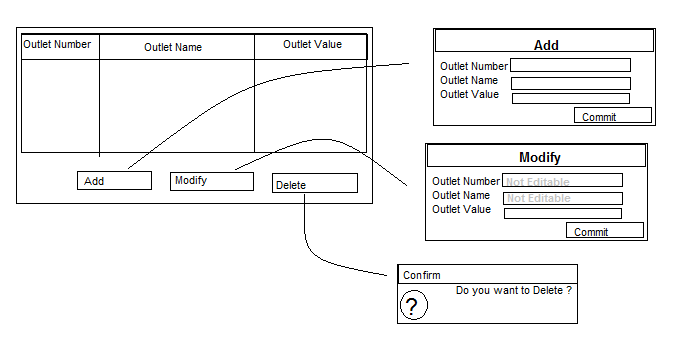 Not the answer you're looking for? Browse other questions tagged forms usability gui-design or ask your own question.