Ask Question
Asked 7 years, 4 months ago
Active 7 years, 4 months ago
Viewed 150 times
-1
It's difficult to tell what is being asked here. This question is ambiguous, vague, incomplete, overly broad, or rhetorical and cannot be reasonably answered in its current form. For help clarifying this question so that it can be reopened, visit the help center.
Closed 7 years ago.

I am a ruby on rails developer that never actually dealt with graphical design.

We are currently about to release a product. And the application looks alright but not commercially viable. Thus the director decides to bring on board a freelance graphic designer. Graphic designer redesigns mockups and puts amazing, no, seriously I really liked it, amazing graphical Photoshopped design, basically where everything is drawn but not touchable. Please have a look: 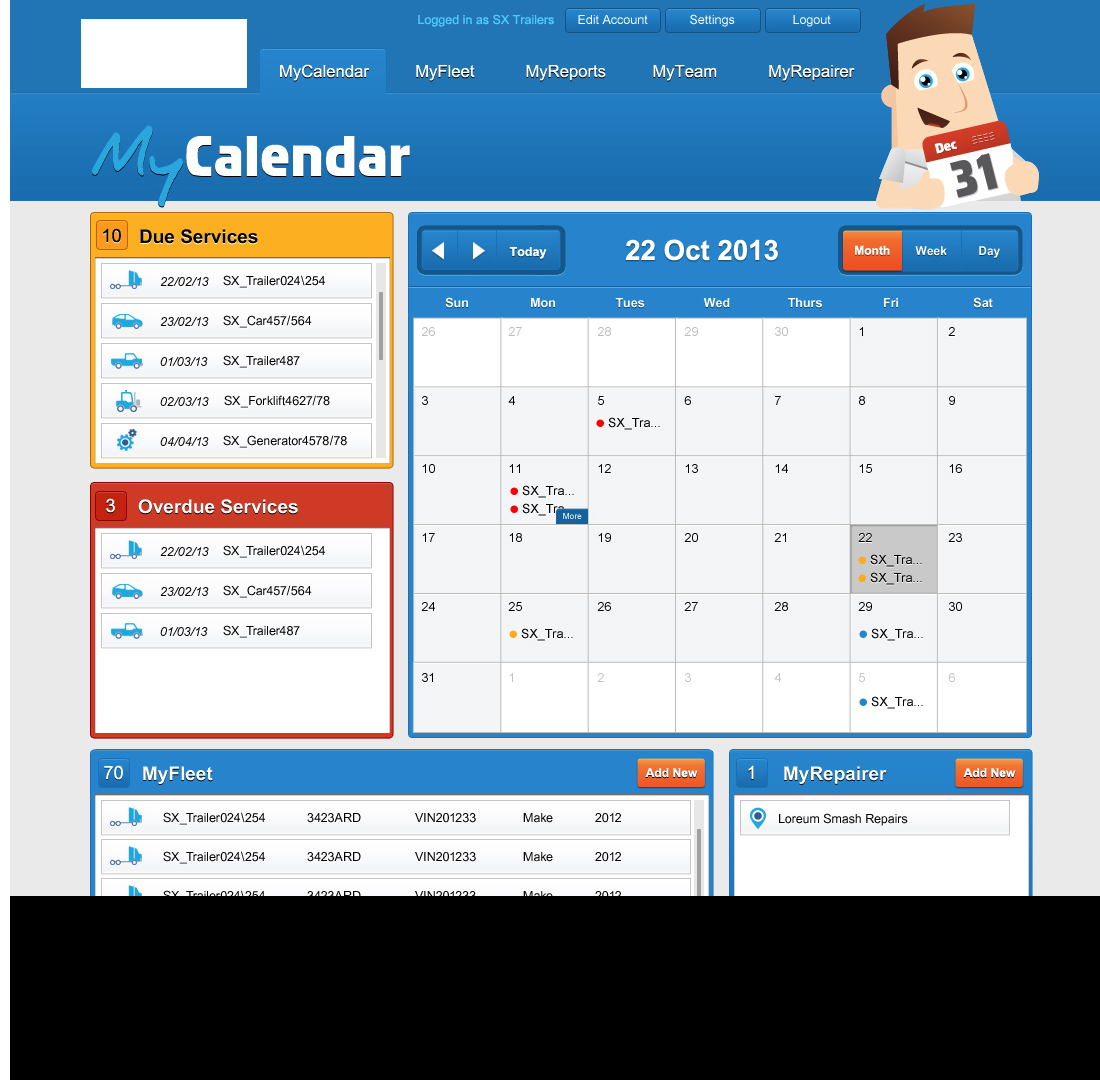 And the he tells that the work of the graphic designer is finished. So DIY further: CUT the prototype and paste it in your web-site.... Eh-hem.... First of all, we have to purchase Adobe Photoshop for that purpose, secondly, we are having responsive web-site and the cut-and-pasted image would definitely look awkward when the height or width of the web-site changes, lastly cut images tend to grab background color which makes them unusable for in similar cases non-reusable (sorry for my English)

How is it generally done with the graphic designers? Do they really pass only HUGE images to the devs and ask them to CUT pngs in Photoshop, or do they have to provide the final solution for a developer so I can put my image tags with the image and transparent background... where required :)

PS. In no reason I want to blame Graphic Designers as such and just want to understand where his deliverables finish and my responsibilities start.

PSS. Please don't judge me heavily I am very new to the full web-development lifeCycle and learn from day to day basis

There are two extremes.

On the 'frustrating' end of the spectrum:

This is what I like to call "toss it over the fence and run" method.

This method typically involves a 30mb Photoshop with 200+ layers. It looks great. Visually stunning. It blinds the powers-that-be with it's gorgeous glossy veneer. It's then tossed over the fence to the dev team and the dev team is left to figure things out. Usually via much frustration, stubbed toes, swearing, and overtime.

On the 'smooth sailing' end of the spectrum:

This is what I like to call "the right way" method.

This method typically involves some form of iterative development process (such as agile) and a UX person and/or Team that is capable of actually creating the presentation layer. In this model, the UX and UI team is working with the team to meet all objectives (Including visual 'bling' as well as quality interactions, fast performance, and lean markup.) No PSDs are shared, but rather nicely formatted HTML, CSS and JS.

And then there's every method that falls in between--the reality is most of the time it's something in between those two ends of the spectrum.

As such, there is no 'general' method. What is happening in your situation is, unfortunately, frustrating and inefficient, but not uncommon.

What I would suggest at this point is to communicate with your bosses or whoever the powers-that-be are that you now have a really great visual design to work off of, but it's not built. Your team now needs to interpret this particular visual design into actual presentation layer code...ideally a responsive layout. That takes time and effort.

For an analogy, if you were building a house, you were just handed the sketches and foam-core model from the Architect. They look great, communicate the overal aesthetic but aren't even the blue prints yet--let alone the 2x4s and nails.

You need a front end developer who will slice the design. In your situation, look for one with creative background. This may help adjusting the design wherever possible, while avoiding bouncing there-and-back-again between the designer and front end dev. In the same time, tell your boss that the final result will not look precisely as in the design, but similar, as it needs, no, it requires adjustments and adding responsiveness.

I tell you, bro, the situation is not that bad :) You just need some graphics, a lot of this design is made in such a way that these elements can be based on CSS only, so the site may be quite lightweight. And this is crucial on mobile. Conclusion - again - you need a good, creative, HTML5/CSS3/responsiveness/mobile-friendly oriented front-end dev.

PS. Thanks for imbuing this site with some informal language, it sometimes brings some life :)

Not the answer you're looking for? Browse other questions tagged responsive-design graphic-design or ask your own question.

7
How to understand UI design's relationship with or separation from graphic design?
46
How to work with visual designers who treat wireframes as literal graphic suggestions?
18
How to deal with graphic designers who thinks UX is boring
26
How far should UX venture in graphic design territory?
4
Should a responsive sticky side menu stay sticky at high resolution?
5
How to convince a client to use responsive typography
1
Image size high-fidelity prototype