I am designing a mobile app with an AR functionality that allows users to detect a product label and get a bunch of information about it.

I have two questions:

These are the sketches I am doing: 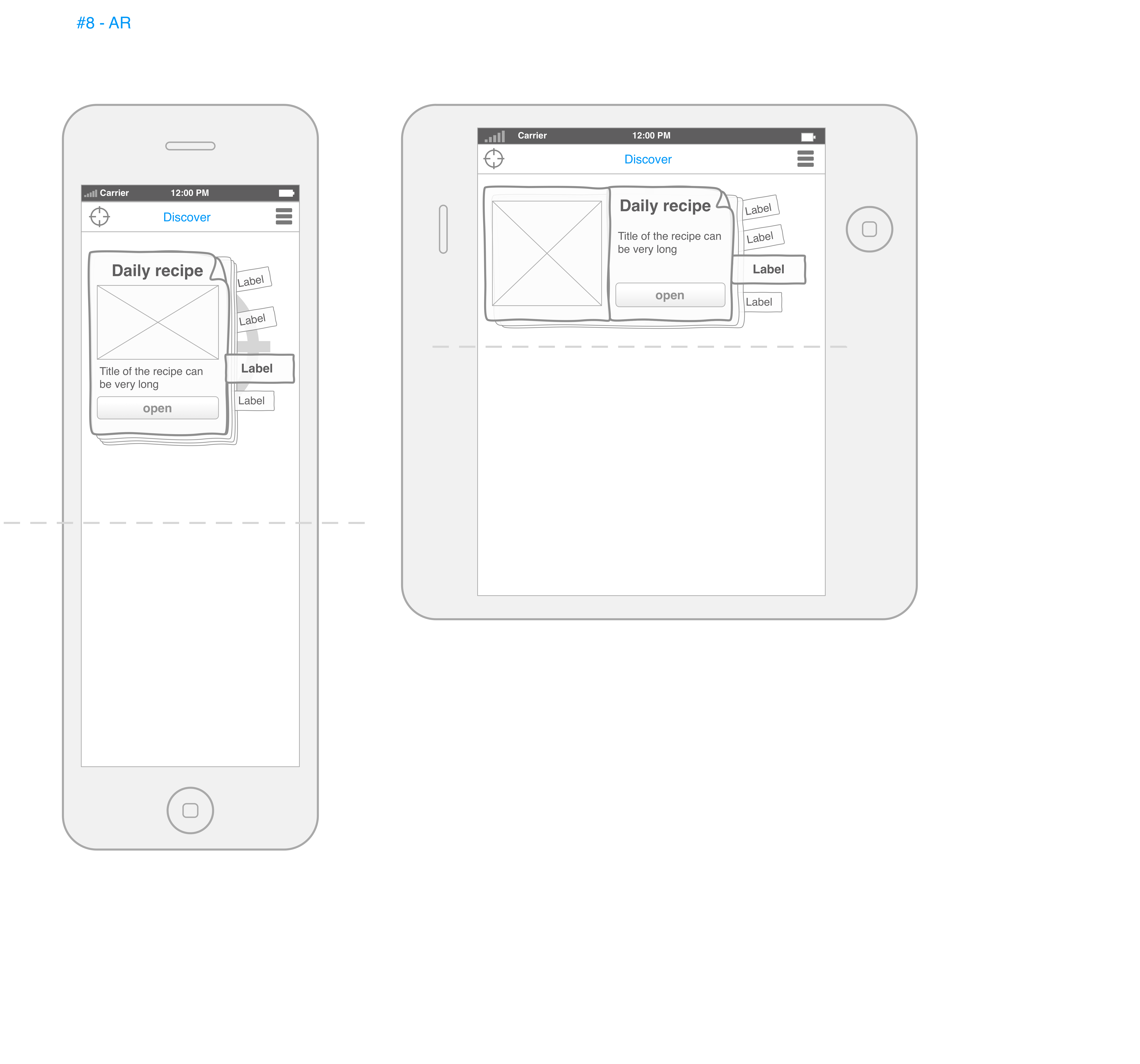 Please add references if you find any.

You don't provide any insight into the kind of information or it's structure. If this is just a question about the pro's and cons of a visual design... I'd say both options are viable, but it's usually easier to create a high class look and feel by keeping it plain. Unless you need a 3D animation to matches other parts of the design I'd keep away from such a thing. But that's almost personal preference.

It could get really annoying if the information disappears as soon as the camera isn't looking at the product anymore. I'd propose capturing an image with the camera and keeping that as a static background behind the information. Alternatively you could use a stock image here, because now the image isn't the focus anymore but the information is. And only change the information that is displayed when a user actively scans a different product.

Although the 3D animation might be really good eye candy, in my opinion at least, it gets real old real fast and is a sort of minimum 'lag' you're choosing to put in purposely. Meaning that until the animation completes the user won't see the information they're really trying to get at. This just gets annoying as time goes by. Just bring up the product info as fast as possible.

Don't use the real captured image as the background unless you're going to start altering the color of your text based on the image background. Imagine the user's scans a primarily white boxed product. Now you have white text on white background making it hard to read. ( or a black box with black text ).

Instead, capture the image and allow the user to look at, switch to, the original picture if they want but when they read the info you provide it should be on a background that facilitates reading the info.

Can you be a bit more specific about the kind of products you will be scanning using the app? I was imagining something in a supermarket scenario till I saw you talking about recipes in the image.

Anyways, moving on to your questions:

Not the answer you're looking for? Browse other questions tagged mobile interaction-design visual-cues augmented-reality or ask your own question.

3
Navigation bar necessary for mobile app with no hiearchy?
4
Replacement for Grid or Table Data Visualization for Mobile Apps
13
Prominent Notification Areas in a Desktop Application
8
Should we use ‘narrow and deep’ or ‘broad and shallow’ navigation pattern on mobile devices?
3
Design pattern for working with data driven lists in a mobile web app?
0
mobile multilevel navigation pattern
5
Is top navigation an accepted pattern for mobile devices?
15
Mobile app navigation: Back vs. cancel
2
A good CTA for Augmented Reality function?
2
Measuring the user experience of Augmented reality application for elderly