What is the best way to make the users rank a page?

I have a music portal where I need to make the users rank pages. Type of pages:

I need the user to:

I have tried a similar model to stack exchange:

The feedback from the users (who are not familiar with stack exchange) wasn't good. They thought the buttons were to add to favorite or add songs to playlist.

The layout of the page and the place of the rank is like this: 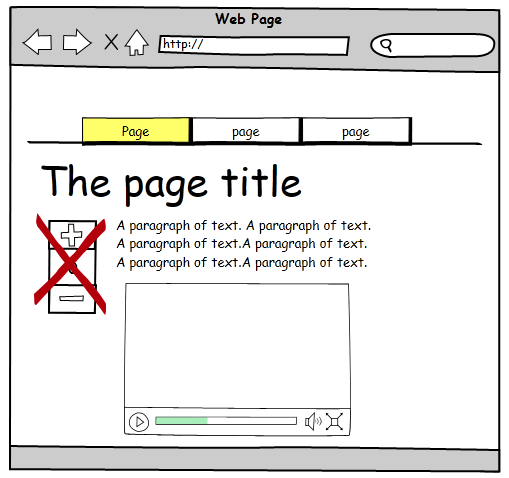 Any idea for best user experience that would make the rank action clear?

Stackexchange voting systems is not about rank, it's about wheather you approve/like/agree with an answer or question or not. It's not putting three stars of five in a ranking system per see.

If you want a ranking system, try Google Play or AppStores way of ranking. 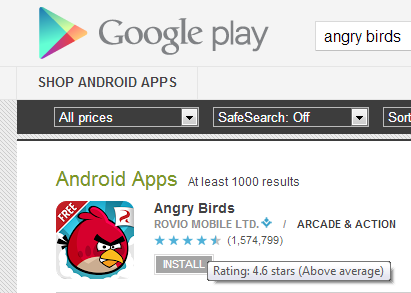 If ratings with stars doesn't do the trick, you could always try with a variant of this very familiar sign:

There are a lot of examples of how to accomplish this out there. The difference between the plus/minus used in the wireframe and Stack Exchange is the use of the plus and minus in the first place, which, in your context may carry duel meaning (and may not fully demonstrate what the test users saw). Stack, of course, using up and down arrows to agree/disagree. So, it may not be the mechanism, it may be the visual representation related to the mechanism.

Also, the wireframe you are using does not indicate how one does add a song to a playlist or favorites; so, it may be possible that functionality is not explicit enough in comparison to the voting mechanism.

It also depends on your specific users. If you are testing with 10 users internal to the organization, I would probably say the test is not valid if the site is customer facing. Another option would be to make multiple (three, for example) clickable comps with completely different executions. Grab 150 people (50 for each comp), and see how each group responds to the variation. Take the best/easiest parts from each - create three more - do it again with 150 new people. And keep evolutionarily developing a solution until you find the "best" solution for the type of users you are targeting...which is pretty important - for example, if your target users are not familiar with Facebook - having a blue like button is not that big of a deal. Another, and my final option/example, would be to have faith in your users to eventually figure it out...just because it wasn't immediately apparent the first time they used the site is not an indication that the execution is not the best for your situation.

Not the answer you're looking for? Browse other questions tagged website-design user-behavior ranking or ask your own question.

4
How do you control for a user's state of mind when asking for quantitative feedback?
20
How do users expect dropdown navigation to work?
7
Furnishing the sidebar the honest way
39
Why is resizing the browser window bad practice?
4
Vote Up/Down and adding to favourites
3
Studies about yellow increasing readership of technical materials?
0
Layout for assigned roles to users and organizations and managing those users
3
What is the best way to get users to make an account? - Mobile App
52
Are users more likely to make mistakes with functionality which is easier to access?
1
What is the best way to statistically analyze a score system and number of steps for users?