I'm trying to understand how much should I invest in website availability.

What impact does a not so good availability (let's say 95% - 18 days in a year) have in User Experience.

Stephen P. Anderson does a good job of explaining why uptime is needed in his book Seductive Interaction Design. He presents a pyramid based upon Maslow's Hierarchy of Needs where you have to fulfill the requirements at the base before greater requirements can be fulfilled. Aarron Walter presents a similar pyramid in his book Designing for Emotion: 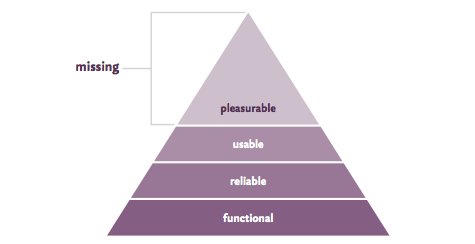 At the lowest level, a site has to be functional.
If a site doesn't work at all, users wont use it.

Once a site's functional, it has to be reliable.
If your page is only available intermittently, users won't trust it. They'll leave for other sites that can do the same thing more reliably.

UX deals with making sites usable and pushing them beyond that to pleasurable.
Without the underlying layer of reliability to build upon, a site won't ever get to the stage of being usable. You can't use a site that you can't access, and you certainly can't enjoy it!

When a website is down, it isn't just that the person couldn't use it, but it is that they couldn't rely on it, and that they will remember it not being up.

Another example is electricity in the Netherlands. Here the providers are allowed something like 30 seconds a year of failure for the electricity system (on average per person). But most people will remember the last time that the electricity was down because it is something that they rely on.

There are definitely diminishing returns on getting from 99.95% uptime to 99.995% uptime. Both because it is only a tiny decrease in downtime, but also because the additional costs in getting that higher uptime are not negligible.

How reliable a service should be depends heavily on what the service is, and what the consequences of a failure are. If it's a critical medical service, then you may need 99.999% uptime.

As a side note, you need to convert uptime to units that have meaning for your customers, and look at the time scales. 99% uptime a month is much better than 99% uptime a year, as you could have the 1% downtime for the year all at once. And 99% uptime a year translates to almost 4 days (max) downtime at once!

First of all, 95% availability does not correspond to "a couple of days of unavailability per year"--it's closer to 20 days per year! That is a lot of downtime (> two weeks) and, depending on how the downtime is distributed throughout the year, describes a very unreliable service. If, for example, that 5% downtime is distributed evenly during the operating hours of the service (or the service is used 24/7), roughly 1/20 attempts to access the service will fail (apologies to mathematicians). With that kind of downtime, if your users have any ability to stop using your service, they will.

While UX is a great reason to maintain high availability of your service, there are many equally important reasons to understand and quantify the impact of downtime. Downtime in emergency services and critical business services, for example, could result in financial loss and/or risk to human life (I suppose one could describe loss of human life as a poor user experience). IBM estimated that in 1996 service downtime resulted in a loss of $4.54 billion to American businesses.

If downtime is out of your control, one thing that you can and should do is impact how that downtime is communicated to the user. From a UX perspective, there is a world of difference between a(n unstyled) 404 page and an explanation of the downtime and a timeline for service restoration. A 404 page has no meaningful end user semantics. It could mean a temporary issue or it could mean you've shut down the service for good. When your users see a 404, 503 or similar error message, you've undermined their confidence in your ability to deliver a reliable service.

Realistically your investment in website availability should largely compare to how much of your business depends on your website. If you're new to the web with a business that does not rely on the web, then not so much.

If you're running an e-commerce site it's much more important that people be able to reliably access your site, that your site works in terms of valid security certificates, and that they receive their orders in a timely manner.

If your site performs a service such as look-ups, searches, social media, or maintains a repository of information people may rely on, then it's probably not as important because those people will definitely continue to come back even if they experience problems. Especially if you're providing a subscription based service. That being said if Facebook was down for 18 days straight people would do something else.

If your site is for information purposes only (a web presence) then this isn't really that much of an issue at all (provided the days aren't consecutive) since most of that information has likely been mined and spread around the internet in various forms. It's likely been cached by major searches as well. People will call and they will still e-mail. They might also look for a replacement vendor though if they think you're another victim of the recession.

If the site is a microsite for a zero-day launch advertising promotion and the site is down on the day of the promotion, then this is a catastrophic failure.

In a similar situation one of my clients sent out an e-mail blast to their main 20,000 name list the day their domain registration wasn't renewed. The site was down for about 2 hours while they tried to figure out what was going on. They contacted me and I traced the issue quickly (remotely), but their IT personnel weren't being copied on the e-mails from their registrar (management issue). Their main e-mail services went down, bounces didn't come back to the proper server and many of the people on the list unsubscribed (or did so shortly thereafter). They ended up on an e-mail blocklist since they were sending the e-mails from the same IP pool as their main mail server. It looks like during a postmortem it was a $30,000 mistake based on lost potential, downtime, and the marketing investment required to rebuild the list. It would have been worth it for them to have had some sort of uptime check fail safe in place. When you host with a shared host or even a cloud-based service there is the potential that DNS could go down causing this same issue. If your website IP can't be resolved then you could lose that traffic, email, etc.

"What impact does a not so good availability (let's say 95% - 18 days in a year) have in User Experience?" Let's say the next time you go to an ATM to draw money out of your account that you consider the possibility of your bank not being available 18 days out of the year. What if they were consecutive? What if it only happened on days with high traffic (like payday).

Most hosting providers these days provide some sort of "shared cloud hosting". It's not a requirement to use something as expensive as collocation, but cloud hosting has its own drawbacks. Also many hosts can replace a server in a about an hour now and restore a back-up image from a SAN in the event of a power supply failure, a hard drive failure, or a bad battery back-up. If you're in a cloud being hosted by a company like Amazon, then you will have no say when your site goes down unless you're a major monetary influence. They will focus their resources on the much larger fires.

One of the other things to consider is if your visitors can't access your website then neither can the search engines. Search engines will crawl a site at random several times a month. If the site is down they will likely crawl when the site is up again. If there are issues with the site not being available for any reason, the search engine will likely send your traffic from searches to someone who can actually serve the pages.

In my opinion it's very important, especially if we're talking about 95%. 20 days a year means a lot and chances for a user to find your website offline a couple of times are high, which could stop him from returning.

If I have more than 2 days / year of downtime I start looking for another hosting company, because availability and loading time are two of the most important aspects of a website.

Not the answer you're looking for? Browse other questions tagged website-design usability reliability failure or ask your own question.

2
Is reliability as an important component of a user experience?

3
Can poor image quality have a negative effect on user experience even though it improves the website's performance?
3
When is simplicity good in web design?
6
How should I present 100+ client logos on a website?
0
User available at times
2
Does uppercase (all-caps) text in headings and navigation reduce the overall user comprehension of the website?
0
How to show a user what new features they can use on a b2b website
8
Should I keep my website logo always visible?
1
breadcrumb trail design for mobile
0
Design was made to look perfect at full and fixed width, how to deal with it on wider screens?
1
Looking for a lead in order to link funnel dropouts and with website bugs