To what extent is it sensible to use filter and sort options together?

Working on an e-commerce shopping site, I am observing that the users first sort and then refine their results. Will providing both the options confuse the user?

It is absolutely sensible to use filter and sort options together because, for users, they are similar: tools for parsing search results. In my opinion they don't distinguish as clearly as developers do the differences between these two controls.

I strongly recommend you an article writen by Greg Nudelman in UX matters magazine: The Mystery of Filtering by Sorting. It gives interesting insights into this subject and backs them up with evidence gathered in user testing sessions.

After observing this phenomenon numerous times, it became clear to me that this was not merely a matter of a simple confusion of terms between filtering and sorting. Instead, it revealed a strong mental model of filtering by sorting that blurred the difference between these two modes of search results’ refinement.

While I agree with the commenters that your question is overly broad, in the general case the answer is no, providing both options will not confuse your users. In fact, what you are describing is an interface pattern called faceted search and it is one of the most common patterns on the web. 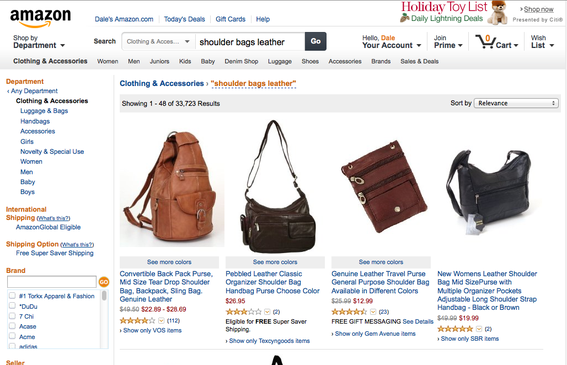 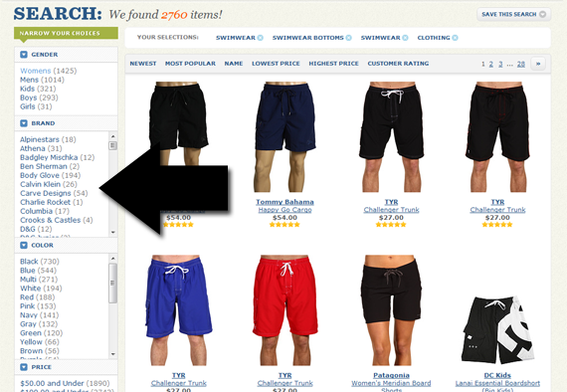 Once you recognize this pattern, you will see it everywhere.

Note the convention to place filters directly to the left of the results. Both Zappos and Amazon respect this convention. Note also that they each handle sorting quite differently. Zappos uses a row of tabs with different sorting options and Amazon uses a diminutive "Sort by" dropdown. I don't know that either is strictly better, but I prefer Amazon's treatment because means that users who are accustomed to sorting will be able to make use of the feature and the diminutive design means that it will get out of the way for users who don't commonly sort. Since you are concerned about confusing your users, you may find this works better (but you should test!).

Not the answer you're looking for? Browse other questions tagged buttons e-commerce filter sort or ask your own question.

3
What ways can I present sorting options for individual drop downs in a web app?
10
Filtering vs. Sorting?
4
Web Usability: pagination and column sort
4
Differentiation between filter and sort on a single page
7
Is it user-friendly to not provide the option to filter by price?
3
Integrating "Browse" options and "Search" options
1
Placing Filter/Search options across browsers
3
User interface components or design patterns for multiple sort/filter orders
3
How to sort and filter a constantly changing list of data?
0
How to allow multiple live filters to be selected and how do you show results?