Im currently trying to come up with a better way of laying out the following form: 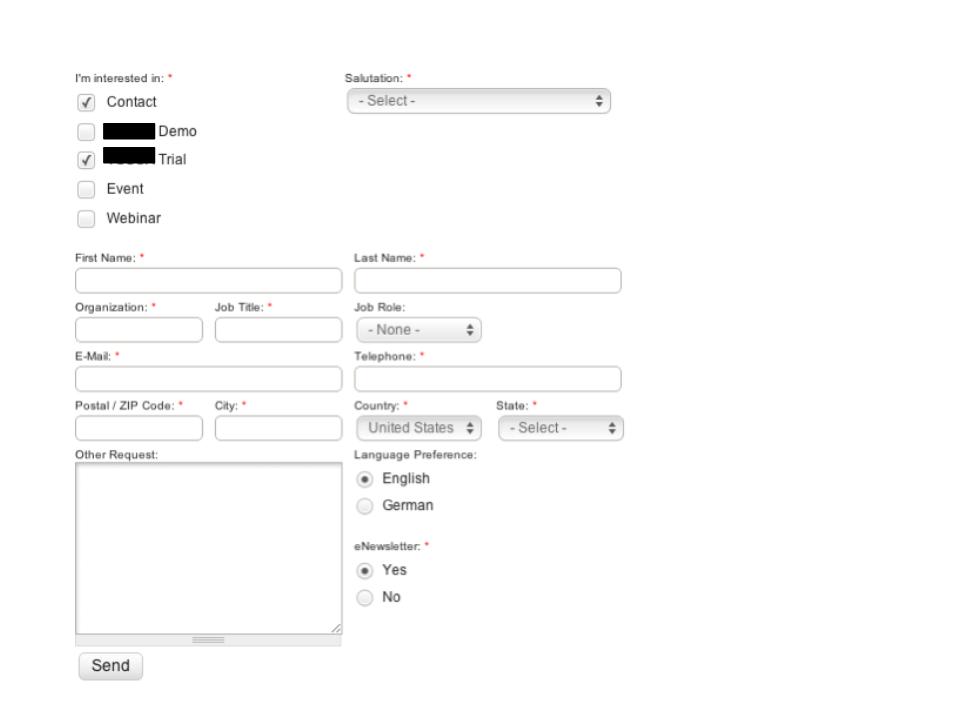 As it is a lead generating form, and present at PPC landing pages it is currently aligned in columns like that to keep it above the fold.

Still, I think its not pretty.

Would this form be better split up in a 2 step form?

What could I do to make it look acceptable?

Removing form fields is not an option.

I would do it like this. First, divide the process into two phases:

First step, in which you require relatively low engagement from the user with relatively high profit for him.

Second step, in which the user is already anchored on the promise of profit you have given him in the first step, so he will be more interested in a putting little bit more effort to fill in the form.

It should work like a credit card - you get profit first, then you have to pay. Splitting it in two steps will make the process longer, that's true, but in the same time user will freak out because of the number of fields he has to fill in. In this step, provide also an explanation why you need these data to be collected.

This way you will avoid going below the fold. 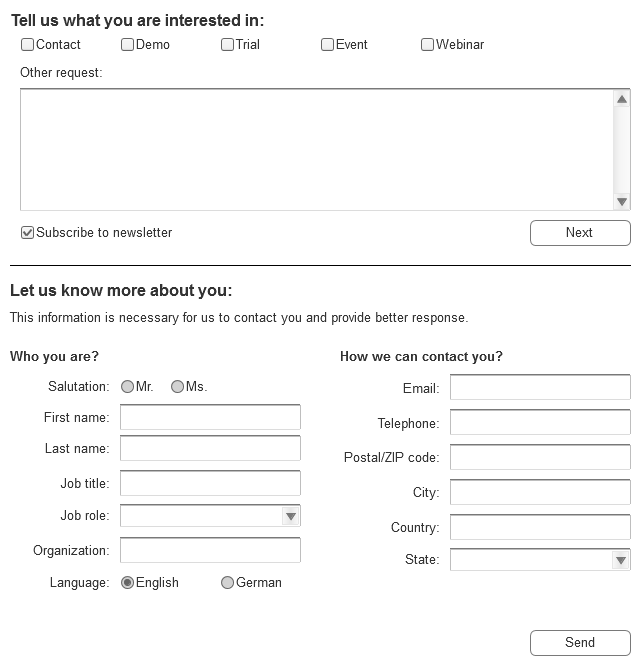 I know you said in your question that removing fields isn't an option, but that's the way to increase conversion, Luke W even says so. There are some fields that seem ripe for it -

Okay, that said, an improvement would be to make it look less like a big pile of form fields. It's way more important to have a good looking form than it is to get it all "above the fold" - users DO scroll. So like all good form design, I'd make a consistent path for users' eye to follow, and do your best to combine fields when appropriate to make it look shorter. My name is three pieces of data to a database, but just one to me. 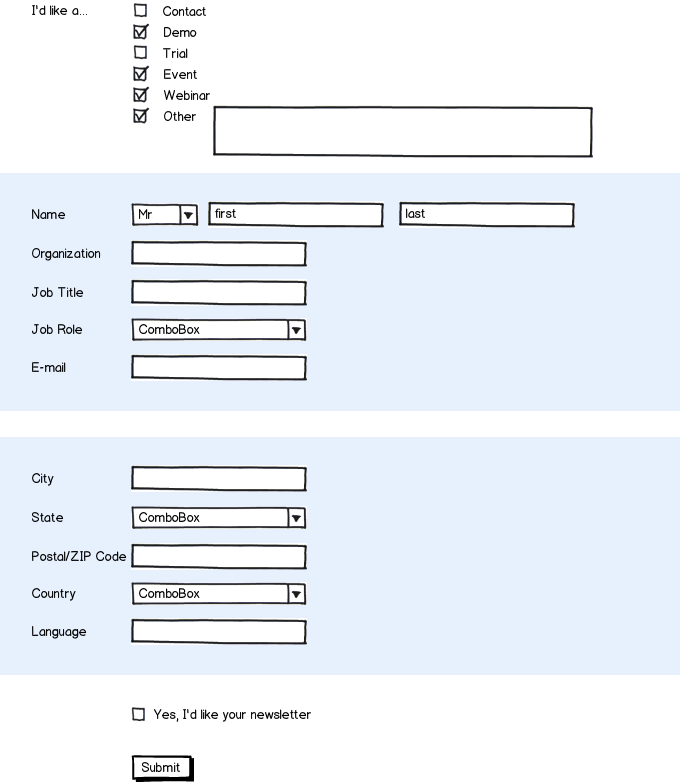 the best advice i would like to give you after 5 years of experience is that just put 1 small form like Name, Email, Contact No that's it ... but when user presses submit after that onwards redirect users to your this form .. as internet research has proven small forms are high conversable .. so after getting this done you can redirect user to long form which will be good strategy.

Not the answer you're looking for? Browse other questions tagged forms conversion or ask your own question.

7
How does having multiple stages of a form affect conversion rate?
5
i18N and form design
3
What is the best approach to labelling text input fields on smartphone application forms?
6
Forms: Ensuring the next button is always above the fold in multiple page forms
0
Success and error message placement and colors
6
Form label alignment for fields that are not completed in a logical order
75
What is the best way to deal with very complex forms?
0
How ask users to register for our database within another registration process?
0
Layout for a page full of radio buttons
1
Can a contact form be too short?