Do people find someone in a list faster by name or a profile picture of the person?

I am looking for research to find out if when looking through a list such as a team list in a project management app people find it easier to find someone by their profile picture or their name? I am designed an app which has a team list and so I am trying to decide whether a profile picture would help in this scenario or not.

There is a significant body of work in the field of neuroscience which suggests that the human brain is highly adapted to the process of recognizing faces. In fact, the activity is so specialized, it's suspected that the brain has a region, the fusiform face area, devoted solely to that task.

A classic work on the subject is Face-Specific Processing in the Human Fusiform Gyrus. The study looked at the activation of different regions of the brain when viewing faces vs non-faces and found that viewing faces triggered a different response in the Fusiform Gyrus, which led to the identification of the "fusiform face area". From the abstract:

These results demonstrate that both faces and flowers activate large and partially overlapping regions of inferior extrastriate cortex. A smaller region, located primarily in the right lateral fusiform gyrus, is activated specifically by faces.

Another, more recent study, Face processing without awareness in the right fusiform gyrus suggests that face recognition can be an unconscious activity. In this study, the subjects' brains responded differently when exposed to faces vs. non-faces, even when the exposure was so brief that the subjects themselves could not determine if they'd been shown a face or non-face! Again, from the abstract:

These data provide strong evidence for an automatic face-processing region in the right FFG.

It's not clear from the research I've seen (although I am admittedly not that well read in neuroscience) that people recognize faces faster than they recognize names (ie., I don't know that someone has done this exact study), but given that names are a cultural construct and faces a biological one (with the aforementioned corresponding specialty brain hardware), I don't think it's a huge reach to assert such.

So that's the research, but from user experience perspective it's more salient to identify how users behave rather than how their minds work. And from this perspective, it's not clear that there's a choice to make here. We may find, for example, that irrespective of their brains' natural ability to recognize faces, some users prefer a text search. In this case, support text search. We may also find that some users prefer to scan rapidly through a list of faces. So support that. In fact, it seems evident that you can support both of these paradigms without negatively impacting either and so you should support both.

A final note: while text only may be appropriate (if, for example, you do not actually have pictures available), face only is never appropriate: face blindness, impaired ability to recognize faces, affects up to 2.5% of the population.

Lets say I know someone's name from emailing them, but not what they look like. If there is a meeting, and I want to be able to recognise them, I need to see a face next to a name.

If I just had a meeting and met someone, but forgot their name (the bane of my life), then I want to see pictures that I can look through to find their name.

Using photos can help users personalize themselves and provide a visual representation in case someone is searching for them. Photos can also help in determining which John smith you want to email (assuming as Obelia right pointed out that both John smiths are using their own pictures and not some random logo and you know that they look for) and can serve as an additional visual aide of recognition (unless both people have the same name and look very alike or have similar profile pics).

However I recommend also showing the name along with the photo as that would be the easiest way to search for someone instead of trying to look across photos and determining who is who. Here are some examples of some iPhone apps which do it well: 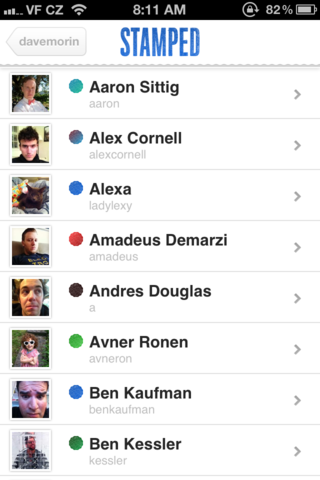 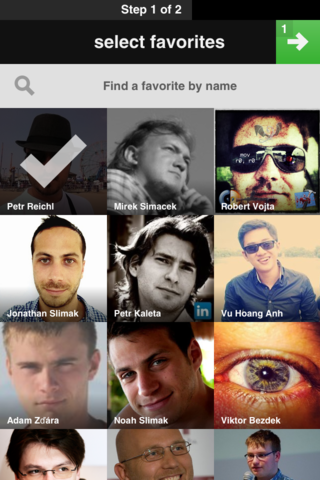 Not the answer you're looking for? Browse other questions tagged usability user-behavior image lists speed or ask your own question.

2
Managing a list of tasks for students
2
How could I better layout a list of 200+ members?
1
Creating an understandable sort for movies - some of which have incomplete data
2
Where is the best place to put Terms & Conditions in a sign-up flow?
8
When is it better to use “You” versus using the user's name?
6
Do Users Take Product Tours?
3
Best way to split website for two groups
1
How much ads is too much?
0
How do I design a contact list which has no use for a profile picture?