What to do about “occasional” recommendation in a decision support application

I am designing a clinical application which displays a list of potential actions for clinicians to take ranked by their appropriateness to the clinical scenario (i.e., it looks like Google). Occasionally, there will also be a context-dependent "recommendation" which would normally supersede the list of potential actions. When this recommendation is present, we expect that clinicians will usually follow it, when it is not, we expect that they will select one of the actions in the list.

Are there any relevant patterns I might take a look at or literature on the subject? I think this problem maps somewhat closely to "weather alerts", except that the user is always expected to take some action based on the results provided.

Also, what do I call this? I've been using the term "occasional UI" but that's clearly not the term of art.

Edit: To clarify a few things, the UI pattern we're using is what Mervin describes as an overlay. Here's a rough sketch of how it looks: 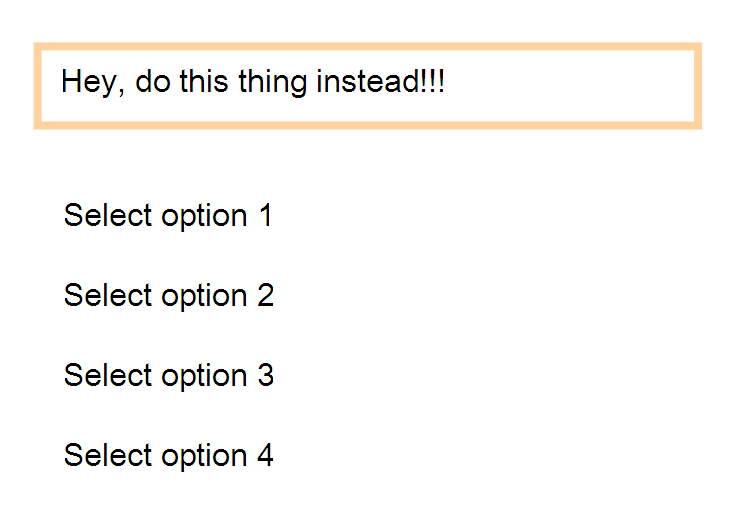 I apologize that I can't be more specific. The user arrives at this page by entering some clinical information and clicking get recommendations, thus the recommendations only appear due to some user action. For various clinical reasons, the list of options must always be displayed. My question is what to do about the box that says "Hey, do this instead" (i.e., the recommendation overlay), with the options being (a) a generic pick one of the following list or (b) nothing. I think each of these has pros and cons, I'm just wondering if there are best practices (outlined above) or research into this area I might look at.

Its going to be hard to answer this question unless I see a screenshot or design since the eventual design of your recommendation pane will depend upon your screen design. However there are a number of ways you could potentially inform a user that a recommendation is available 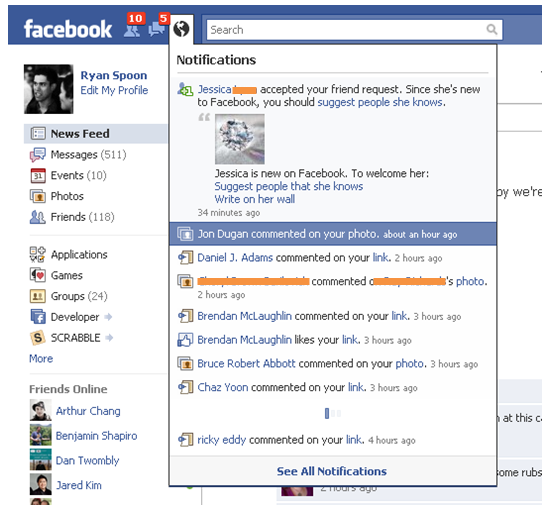 I agree that it's a bit tough in this situation without screenshots, but here are a couple of options that came to mind.

Not the answer you're looking for? Browse other questions tagged usability design-patterns or ask your own question.

0
Is there any definitive research on modal/overlay forms? Specifically, dismissing behaviors
13
Defaulting to show all until user searches?
2
What is the reason to use a Button in an application?
2
Where should I place the “Actions” button?
1
Data tables - what's column should be first?
9
Assigning modules from a library to a server where the number of modules can change?
3
Is it always bad to force users to click to show them your products?
4
What's a good pattern for mixing bulk-able actions and single actions?
3
How would you usability test wording of an action?
1
Split pane vs Action for multilple selection