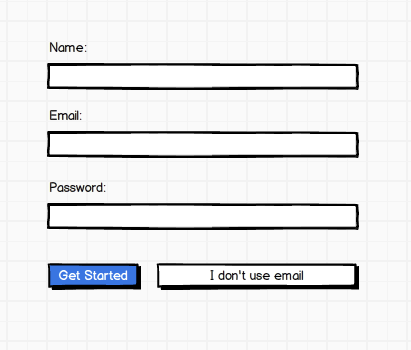 337
Should I use Yes/No or Ok/Cancel on my message box?
7
"Activate" / "Enable" + "noun verbing" or simply "Verb noun"?
1
Designing a prompt for saving changes

7
Right call to action buttons vs left call to action buttons?
3
Designing a timer widget: separate start/stop buttons or only one button with changing text "start" or "stop"
2
What should my button read, when user is done reading a text / message
0
Edit button text in Modal Dialogue: Save or Edit
4
Matching Navigation Names to Page Titles?
4
Can you start your button CTA with "A" or "The?"
1
Append truncated text with "Read more" or "Show more" (or other?)
4
When a text field should have Clear button?
1
Using Select All with button checkboxes