Is it a good ideal to feature videos on landing pages or should their primary purpose be to signpost users to content elsewhere?

I am developing a set of pages for an event, it is supported by a print campaign and you need to book tickets. I am unsure if the primary thing you need to see on the landing page should be graphic showing the marketing campaign and brand identity or if the marketing should be replaced by a 2min video (the video does not show the marketing in it) that gives you more information about the event. Underneath there are panels with links to further information. What will give the greatest conversion to ticket sales?

Whether it is a good idea depends on whether having the video helps you to achieve your goal better than not having one. The one exception to this is that you should never autoplay a video on your landing page.

However, you will have to test what works best for you. Videos are generally better at explaining concepts and ideas than plain text, and so if that is your goal, a short video is a good bet. But shorter is better. 2 minutes is a bit on the long side, and you may have better results with a 60 or 90 second video instead.

From personal experience, anything that distracts the user from actually signing up on the homepage, no matter how great that is, decreases conversions. Carwoo had a splendid video on their homepage, no longer there now. It just distracts. Another example is squarespace, look at the positioning (and relative importance given) to the video: 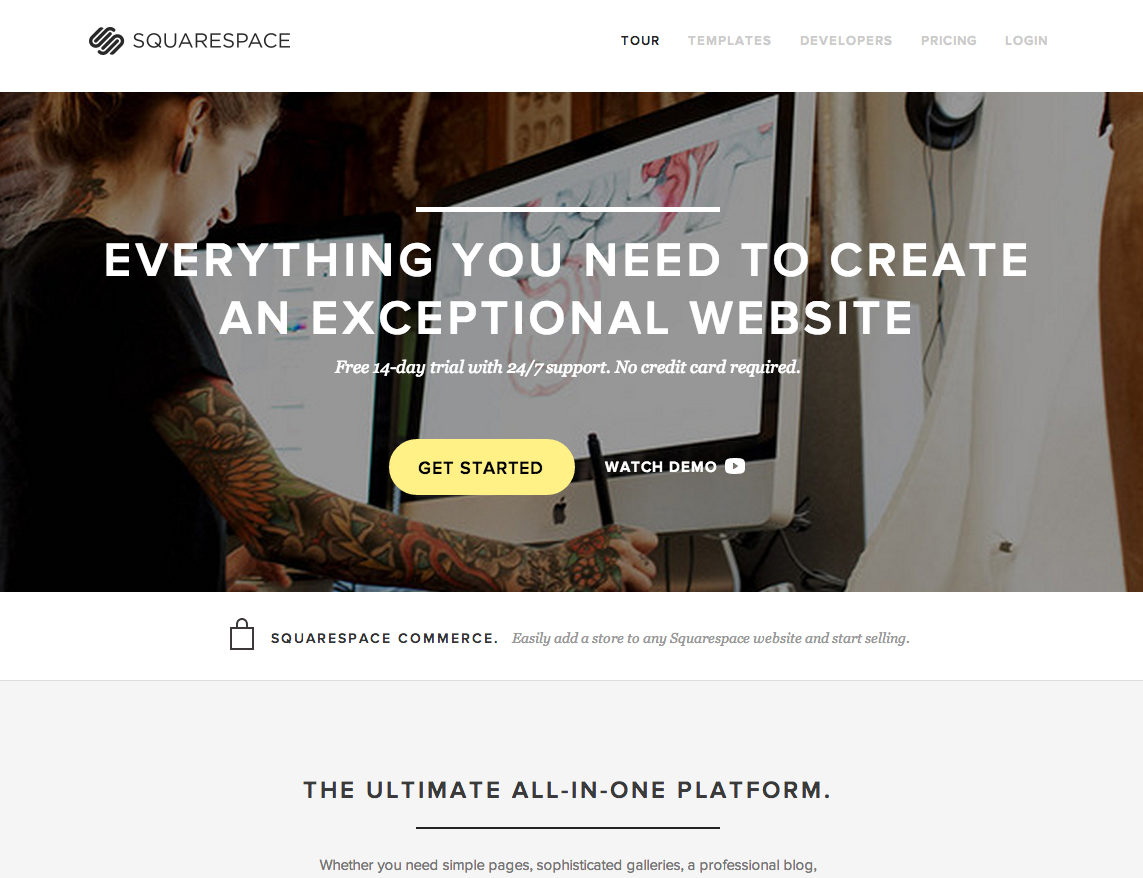 While it depends strictly on the campaign, brand, product, in general including video on a landing page is a great idea, as it is more attractive, grabs user attention much easier and leads him from A to Z through the communicated idea.

You jus need to stick to some good practices about it, especially:

By the way, Youtube is a great example to follow - I mean their ad forms. Read more here: http://support.google.com/youtube/bin/static.py?hl=en&topic=30072&guide=30071&page=guide.cs&answer=187015, especially the Load requirements and Video/Animation sections.

Two rules to keep in mind:

Not the answer you're looking for? Browse other questions tagged website-design usability conversion video landing-page or ask your own question.

1
Looking for best practice, articles, tests or studies on video placement on websites.

13
Use of Website Category Landing Pages
9
Software screenshots on landing page
6
Are there any performance or usage statistics for landing pages with no navigation?
2
Share buttons on landing pages : good or bad for conversion?
6
Video automatically playing on a home or landing page - studies and data
1
What to name a registration landing page for most effective user acceptance
3
Should a landing page look different to other pages on a website?
1
Are regional specific landing pages better than standard homepages?