How Many Screenshots Are Too Many

At what point am I offering too many screenshots? I am working a redesign of my company's help guides - these guides are mostly centered around our hosted mail services. How to set up Outlook, set up a smartphone, things of that nature. The basic problem I'm looking to solve:

"Develop a 'how to' guide that communicates a technical process clearly so that readers of any experience levels can follow and understand."

I've scratched together a very rough layout concept of the basic elements that may appear on a given page. A potential solution I see, is offering broader screenshots that capture multiple clicks in one image. But, I'm worried in my hope to make things simple I have instead made them confusing/distracting.

I guess I am really lucky to have the services of an excellent technical writer to handle all the documentation for the manuals. The process she follows is as follows:

The thing to note here is if she does this only when the interactions are like form submissions or uploads are data updates i.e. they tie in with the same screen. However if an user interaction leads to a different screen then a screenshot is provided of the screen.

I also recommend reading this article about how to write User manuals which has this to say about screenshots:

In Technical Communication, Volume 51, Number 2, May 2004, Gellivej and van der Meij present evidence for the effectiveness of screen captures in four scenarios, and I summarize their findings as follows:

Given that earlier studies by others had equivocal results, the study by Gellivej and van der Meij suggests that screen captures are effective when applied with specific purpose. They contrast genre-based approaches to the function-based approach based on their four proposed functions of screen captures in technical documentation.

I should say I support the idea of creating workflow-based approach greatly. This is documentation a user expects to see when she needs to accomplish her task. Screenshots add clarity - which is essential aspect of usability for software user. Yes, UX is important, but sometimes the software vendor is just not yet there to provide good usability within her product.

I work for a startup - we've created a software that specifically solves the task of creating screenshots-intensive step-by-step software tutorials. 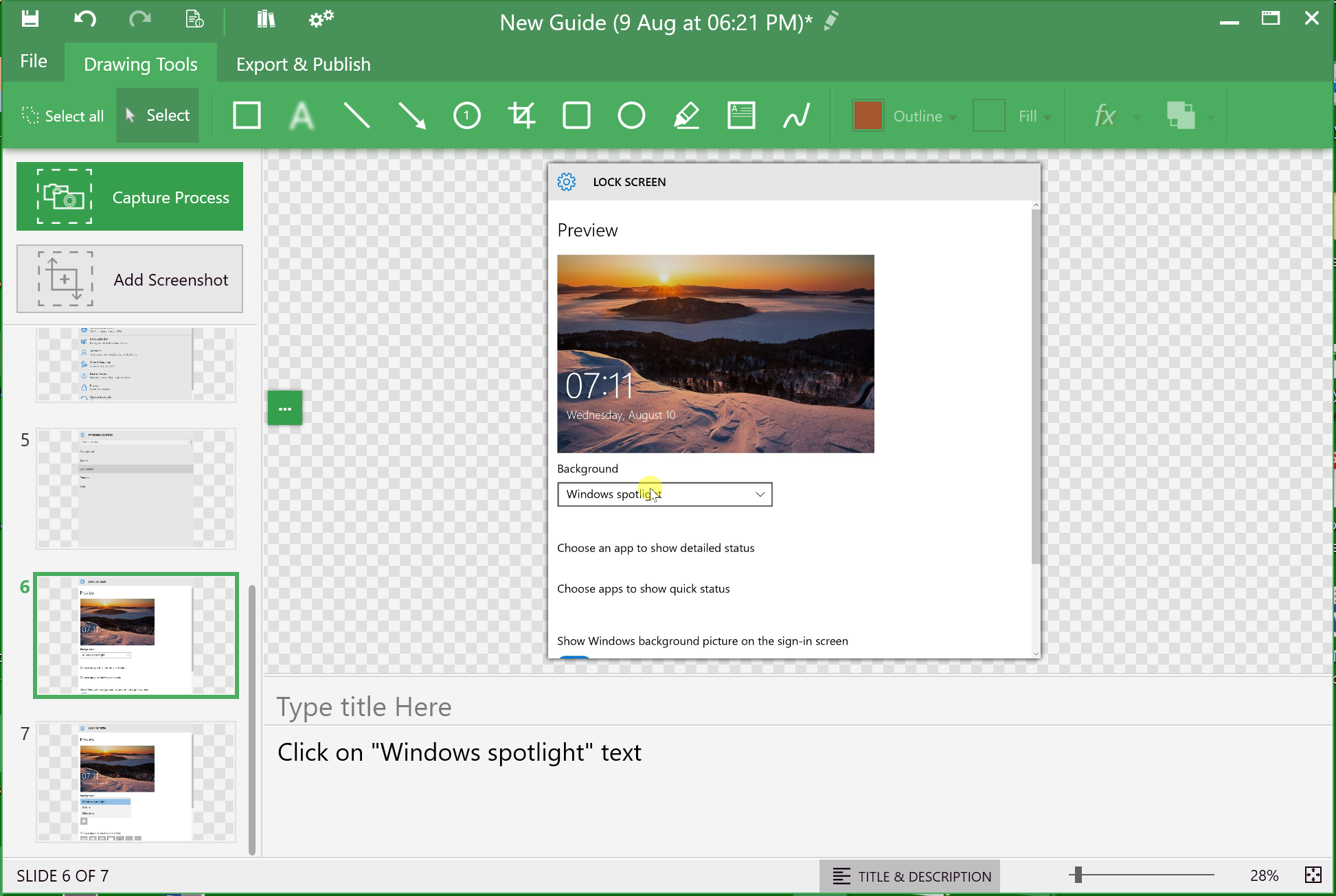 Not the answer you're looking for? Browse other questions tagged layout help visual-design training end-user-training or ask your own question.

8
How many elements are too many for one screen of a mobile (iOS/Android) application?
220
How To Display Too Much Data
13
What's the best way to create screenshots with callouts to show features of a program?
11
Are there PhD topics for user experience?
16
Too many tabs - use buttons instead?
7
How to lay out a screen with dozens of fields and have help for each
5
Are tours (e.g. Foundation's Joyride and Bootstrap's Tour) helpful?
2
How to define a many to many (teacher - student) mapping visually?