I'm interested to know about the effectiveness of the search application on the iPhone home screen.

For example, I have 4 screens of apps and it takes me a few seconds to find an application that I don't use every day. And I know people who have a lot more apps. Some use folders to organize their apps, but manual search becomes longer due to the extra clicks and remember which apps are in which folders.

Are there any studies on this subject? How do other mobile OSs solve the issue of time to find an application on a multi-page home screen?

For something to read regarding human information behavior, you can read a seminal article titled, "As we may think", in the information science field about search interfaces written by Vannevar Bush in 1945. Here is an animation video of the device he imagined folks would use to organize information at their desk.

In regards to more specific readings on organization of apps on a mobile device and mobile search behavior, you can take a look at Human-Computer Interaction (HCI) scholarly literature. Two databases to find these articles include HCI Bib http://hcibib.org/ and ACM Digital Library http://dl.acm.org/

Here are some citations:

You asked how other OSs solve the problem of finding apps.

I will offer my experience of app finding whilst using an Android.

All Apps by install date

The stock OS home screen had an "All Apps" button that would list all my apps in the reverse order that they were installed, shown in pages which I could swipe through.

I suspect most-recently-used order would have been more useful. Apps I never use would fade into history, and apps I sometimes use would only be a page or two away.

It was possible to change this screen to order apps alphabetically, but this option was hidden deep away in the home screen's settings. This ability to change grouping method might have been useful, if it had been available at the moment I needed it, directly from the All Apps screen.

It had a very nice option to automatically file apps into categories (folders) on one of the pages on the home screen. After installing an app, it would pop up a message to tell you where it had put it. You could then move that app to a different folder if you wanted. 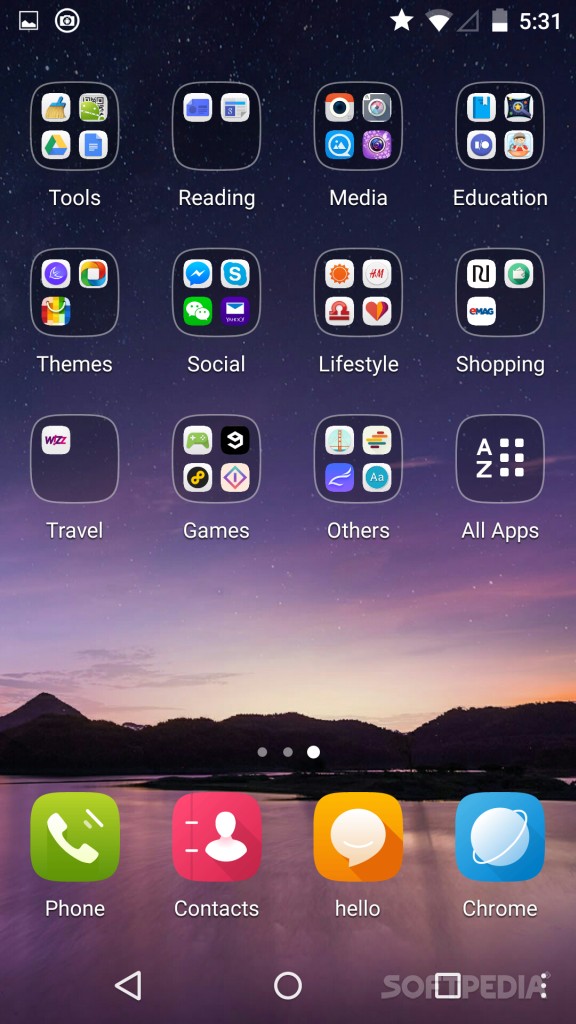 This was a great way to find the app I wanted.

Moreover, if you were inside the wrong folder, and realised you needed a different folder, you did not have to go back out and then back in to the folder you needed. You could just swipe left or right through the different folders on that page. I think this was more convenient because the "back" button is a small thing to aim at and hit with your finger, compared to a swipe or two which you can do quite casually and naturally anywhere on the screen. 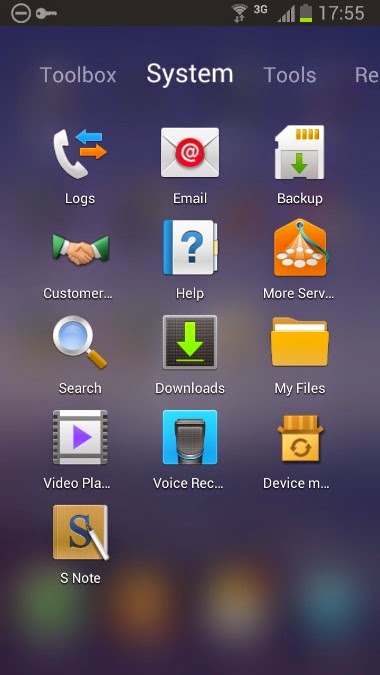 There was an alternative way to find an app. The "All Apps" screen in this launcher listed the apps alphabetically. On the right-hand side it had a scrollbar with letters on it. This made it very easy to reach apps starting with a "P". You could just click or drag the scrollbar, and skip right over the 50 irrelevant apps inbetween. 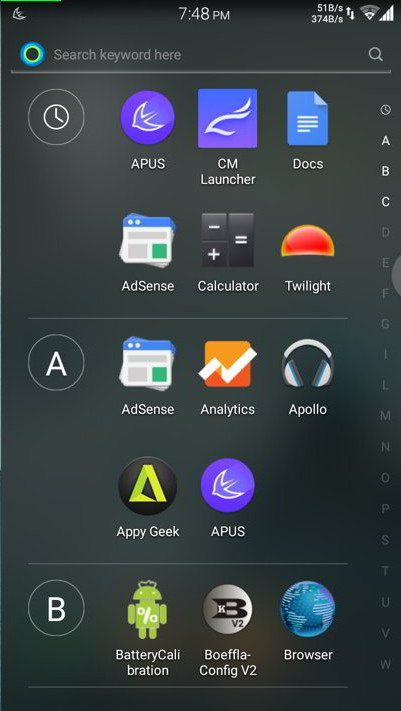 This screen also has the text search feature you are asking about. I think I only used it once or twice.

I'm sure it could be useful, if I have installed "Zappos Weather App" but I forget the vendor's name "Zappo". Since I can't hit the "Z" to get there quickly, I can at least type in "Weather", and the display will show only those apps matching my search.

8
iPhone App: Tab Bar vs. Dashboard (aka Grid Navigation). Or both?
5
Filtering and searching with UISearchBar on the iPhone?
3
Why does iOS (iPhone) flip to show the home screen when installing apps?
6
Multi Select hierarchy for Mobile Design
2
Where to put 'Home' button in iOS UINavigationController
3
Is iOS navigation bar placement at the top of screen a design flaw?
1
How can we get rid of scattered mobile apps positioning ?