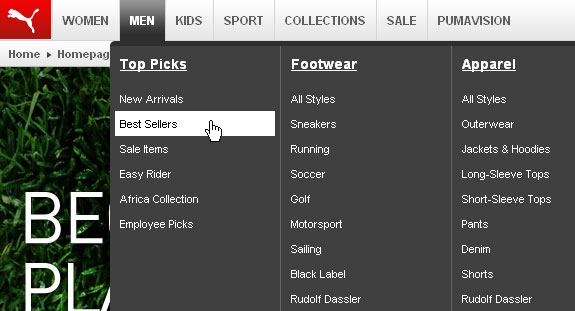 5
Why do we always need to integrate search with structure?
2
Do multiple attribute navigations meet information seekers needs
3
Why is the navigation below the brand strip at the top in the new Twitter & Vine app?
2
Importance of Lateral / Transverse Navigation in Hierarchy
1
Are multiple navigation menus really better?
1
Good usage of top AND left hand navigation?
0
Usable navigation for a shop with a long top-level category
1
How to differentiate the menu of a small organization nested within a larger organization?
2
Task vs object focused IA and navigation
4
Recommendations for improving tree navigation