My friend and I were having a discussion about different ways of A/B testing. His technique was to make a single small change (e.g. changing the colour of a button) and then perform A/B Testing to see what effect the change had. My technique is to try quite a radical change (e.g. completely change the layout & content) and A/B test that.

His technique is a lot more scientific and you get a better understanding of the users but you could potentially end up refining a non-optimal path. With my technique you're not exactly sure why one version is better than another but it allows you to move faster and try new ideas.

Is one of these techniques better than the other?

No, neither is better. They deal with different aspects or strategies, and in general you need both.

A small change lets you refine your design and have a better understanding of what affects conversion, but may let you end up with a local maxima.

A more radical change with many elements will not help you understand what affects conversion, but may also show you a significantly better design. 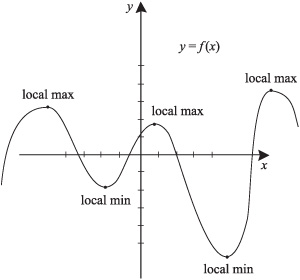 Imagine that optimising your design is moving along the x-axis in the image above, and the y-axis it the conversion rate that you get by that change.

It sounds like you need multivariate testing. For example, select four elements on the page you'd like to test. You could radically redesign each of the elements so that in one version of the test, you're testing a mostly redesigned page. Then those four elements would be turned "on" or "off" alternately. You'd end up with 16 variations against your control (the original design).

So say your elements are the numbers 1, 2, 3 and 4. You'd test the variations like the pattern below, with the dashes (-) meaning that the element was not "turned on" in that variation:

Smashing Magazine has a good article on multivariate testing.

As to the question if one method is better than the other, with the multivariate testing (versus A/B), you will know exactly which element caused a greater click-through rate or improved the usability of the page since it will be used with and without all of the other variants.

With A/B testing, especially with testing a broad-sweeping redesign, you will not know if you could have done better because if everything is changed, you can't attribute the change to any single element.

I know as a designer, I love to do big redesigns, but often what helps the end user is the careful testing of single elements. And I firmly believe that, especially in application flows or servicing interactions, the best UI changes are the ones that are invisible to the end user. By making gradual changes of elements that test better, over the course of time you'll have a completely redesigned page, but your user will never notice because the new elements were introduced slowly.

This way, you'll be able to avoid the cognitive dissonance that a one-and-done redesign can cause.

Both are valid approaches. You friend might get more statistically significant results because the more radical is the redesign the more the variation between results increases. Moreover, it takes much longer to achieve statistical relevance when testing a small change such as changing the color of a conversion button from red to green as opposed to a big change such as a complete redesign. Even if this is not an absolute rule.

Thing is a specific approach for A/B testing must be followed according to the hypothesis you want to disprove.

When starting any new A/B test we should always start the experiment assuming a null hypothesis. The purpose of running the A/B test is to disprove this null hypothesis. Therefore, you can use both methods (small or big changes in redesign) according to the goal you want to achieve.

You can read some of these considerations in these article: http://www.growthgiant.com/blog/the-pitfalls-ab-testing/

To make any reasonable conclusion based on A/B test you need to obtain statistics. Statistics is more precise if you have enough visitors and they are similar. You need to take into account your conversion value and visitors flow. If you have 10 visitors per day, you have to spend much time testing of changing single parameter. I think you should take in mind namely time aspect, of course, if you and your friend have huge visitors flow and perfect mathematical tools to analyze multiple statistical data.

Not the answer you're looking for? Browse other questions tagged user-behavior user-research ab-testing optimisation or ask your own question.