On our profile page, we're giving users choices among three privacy settings for each field.

The checkbox choices will not appear until a user highlights a particular field, but we do want to convey (via a visual metaphor) that the same three privacy choice options exist for every field on the page, regardless of whether a field is highlighted in a given moment or not.

A lock is the most commonly used that I have seen, as privacy generally is about locking away or hiding information.

Some usable examples are: 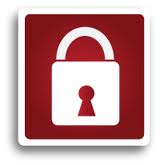 The recent MEGA logo (copyrighted I'm sure) is a great example, but not one that you can easily use. It does however show a growing understanding of a lock representing privacy. 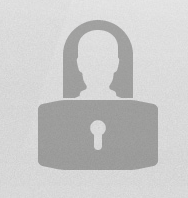 An eye works for this purpose, and it explicitly refers to the potential agent(s) who might 'see' what data is not private (arguably the most important piece of the picture), rather than to the data itself.

A mask or other way of concealing the face also works (a disguise might do the same), in this case referring to the user (with his or her visibility standing in for his or her data's visibility).

The common thread here, of course, is sight, and whether others can see their data.

Both of these choices would seem to be less encumbered by multiple meanings than a lock icon would be (e.g. conflict with "unchangeable" as @AgilePro mentioned).

(Another similar representation would be a ghost, such as for Ghostery, where translucence ~= invisibility ~= privacy, but that is also encumbered by other meanings.)

(more with redundancy including the lock concept:)

(Note: I found some interesting icons very related to this while looking for the Firefox mask icon. https://wiki.mozilla.org/Privacy_Icons

Not the answer you're looking for? Browse other questions tagged icons user-behavior perception privacy metaphor or ask your own question.