What android UI control fits for selection of number in large range?

I'm working on a application for tracking body mass measurements. I need the user to be able to input a number representing body weight, whose magnitude ranges from 0.00 kg to normally 300.00 kg. The precision of body weight is two decimals (50 gram) when weight is below 10 kg (mainly for babies) and one decimal (100 gram) for adults. Total range of numbers is 3900.

The variation between measurements is expected to be of maximum +-2 kg, but dependent on frequency of measurement it could be higher as well.

I have been using a simple text entry field with data verification, but have noticed that it is by far the slowest portion of filling out the form. Seek bar is not precice enough for this range of numbers and number picker is to slow. I might need some creative custom made view for this purpose, but Im not sure on what.

Any help in picking what would be best suitable form controller would be greatly appreciated. I just want the user to have the best experience in quickly and precisely picking from a large range of numbers.

If you want quick and dirty information, then you can enter it quickly with a slider or something like that. But if you're looking for an accurate selection between 6k options (300 / 0.05) you have to have a method that is accurate enough to distinguish between options and simple enough to use.

I can't see a method simpler, faster, and accurate enough as simple text input. However if you're dealing only with numbers, it may be useful to use a keypad input along the likes of when you are dialling a number on your phone. 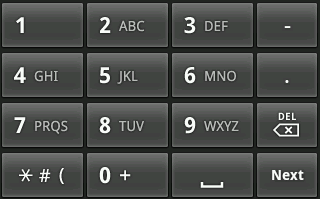 I have implemented an custom view which is a circular seek bar. The seek bar is used for precisely pick of values while the +/- buttons change the value in larger intervals. It works pretty well. You can find the source code here: https://github.com/ismarslomic/CircularSeekBar 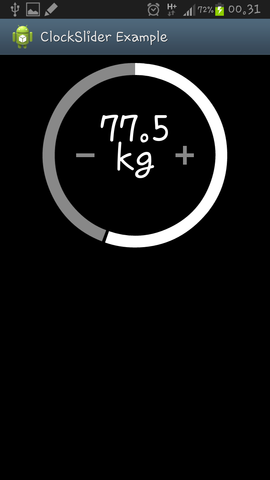 In android, you can restrict this particular form field to enter only numbers. What happens is, when you do this- as soon as this field is touched - ONLY the numbers keyboard pop up. This allows user to quickly enter the values (numbers, decimals etc) without having to spend much time.

In phones like some HTC models, If I press 1, the screen automatically switches back to the character keyboard. I have to press the 123 tab again to go to the numbers tab and press the next number. However, this is not the case in for example Motorola phones. If I am on the numbers tab, it wont switch back unless I ask it to. However, the numbers are small buttons in a character keypad which lead to slowness and less accuracy.

In my suggested solution, this deals with both of the problems, since you'll only get the numbers input, and the number keypad has big buttons - higher accuracy. (variation of Fitts Law).

Link to how to do my solution in Android.

The best approach may be to model a real world triple or quadruple beam balance scale. You can find many examples with a web search. By using multiple sliders with different "masses", these allow the ability to quickly start with a coarse measure and refine it with each additional slider/weight's movement.

Not the answer you're looking for? Browse other questions tagged usability mobile android selection numbers or ask your own question.

4
User control for a two level selection
7
Best practice for Android form - selection of large range of numbers
4
Segment control with NULL selection
4
Clear selection in Android
1
Android UX question regarding state of a selection screen
0
What type of usability test to perform on android app?
2
What's the best way to group digits of a large number/code?
2
Not right to design same UI for both Android and iOS. But what is the number of users having both Android AND iOS?
2
What is the best UI component to make user select a number from small range (1-12)?
1
Display a range on a number line with a value