What skills (if any) differentiate UX from Design?

I recently came across a poster on UX careers, where the bottom of the poster lists some specific skills and their prevalence in UX jobs. I found it somewhat disturbing that usability testing was only a claimed skill for 57% of UX professionals. 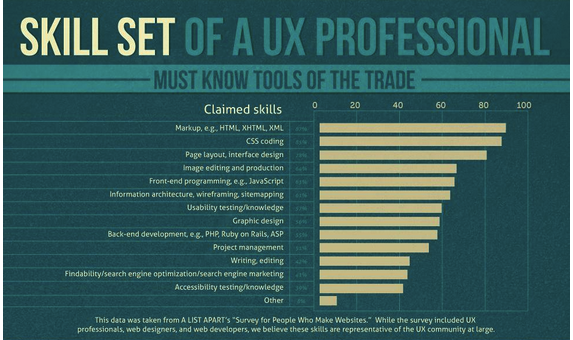 So what skills make the difference between UX and Design professionals? What skills should every UX professional strive to have to make them effective at their job?

I work at one of these types of companies. It's not that they don't see the value in the user experience, it's just that it's pretty difficult to talk management into conducting these types of test. This is especially difficult when people are "widget minded". Sometimes it's hard for people to see the value in something when it's not shipping products out the door. Of course most of us know that a great user experience will produce more sales in the long run, but it much harder to prove.

The most important UX skill is to be ale to put yourself in the user's shoes. If you are at a company that doesn't have a budget for user testing, be creative and resourceful. Don't let other people's restrictions get in your way. Upload screen shots to clicktest.com andfivesecondtest.com where you can get some decent feedback from users who may not be familiar with your product. Show it as many different user groups as you can within your own company. That means everyone from the more advanced/expert users, all the way down to those who have trouble with email and other basic tasks. You should be able to get some decent feedback from watching these users use your product. (all of this is assuming it is some type of digital user interface)

Design as a broad term, and in an ideal process, permeates all team members. UX is design. UI is design. DB design is design. Coders are design. BAs are design. Etc. Again, idealistic, but it's something to strive for.

As such, I think it's hard to draw a solid line between 'Design' and 'UX'.

If we narrow 'design' a bit to perhaps 'graphic design' and 'ui design' or maybe even 'interaction design'. I think that makes things a bit easier, but still, there's no clear lines between these. There may be a LOT of overlap in some situations, and none in others.

I think it's probably easier to do the reverse. What tasks can you toss into which buckets? In your example, I think it's fairly easy to toss the 'user testing' into the 'ux' bucket.

Again, all will still play a part, but there are likely defined tasks that go with each role.

Generally and anecdotally, I've found that people that call themselves "designers" are more concerned with aesthetics and traditions that are derived from print and the study of graphic arts that predate the the personal computer. Of course today "designers" now have significant knowledge of interactivity and usability and have much exposure to concepts of UX, but IME usability is not as pronounced a concern for "designers", whereas usability is foremost for those who've adopted a field or title with "UX" in it.

Again, this is just a general and anecdotal observation. Definitions, semantics and job titles are changing and thorny, and generalizations are always problematic.

UX to me implies a bit of a butter zone between coding, design, and psychology. You have to have some idea of:

Note that nowhere in that list does it mention visual design or coding the front-end yourself. It's implied that you better be good at making those four things happen -- the actual skill set you employ in doing so is a little less important. 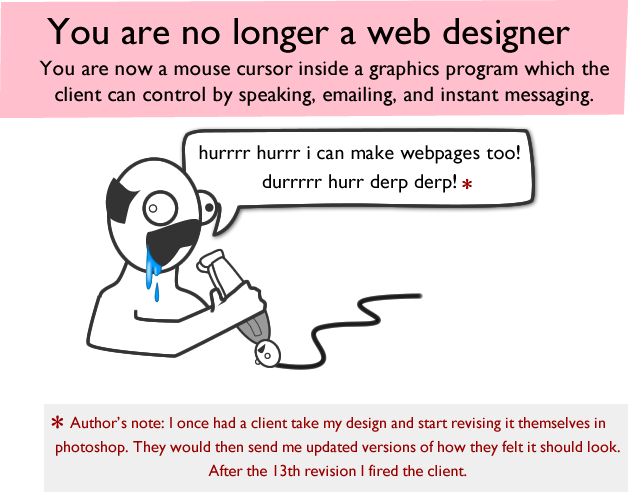 Not the answer you're looking for? Browse other questions tagged ux-field usability-testing skills or ask your own question.

8
What are the pros and cons of getting design recommendations from usability test participants?
8
Is there any issues with approaching a website re-design from a mobile first perspective?
8
What is "elegant" design?
1
Displaying user skills with pie chart (in percentage)
3
What additional processes and skills are involved in "Human Experience Design"?