I've been using the Dvorak keyboard layout for a few years, and something that's always bothered me is keyboard shortcuts. On a QWERTY keyboard copy and paste are conveniently positioned as Ctrl+C and Ctrl+V, but on Dvorak they are pretty inconvenient (equivalent to Ctrl+I and Ctrl+. on QWERTY).

I would have figured the 'right' thing to do would be to have the keyboard shortcuts based on position, rather than value. So switching to Dvorak would change copy and paste to Ctrl+J and Ctrl+K (which are in the same position as C and V on QWERTY), but very few applications do this. In fact, the only one that comes to mind is Inkscape. I get that implementing it that way is harder, but not even Windows does it, so I figure there must be some further reasoning behind it?

I'm also interested in how certain international keyboards are handled, such as Arabic and Russian keyboards, which don't have any Latin characters.

While it could be beneficial to add profiles for different applications, you would have the situation where one program uses Ctrl-C and another Ctrl-I. This would hurt overall UX even more.

You can remap the system shortcuts on many Operating Systems, which should change the shortcuts for every application. So if someone needs them to change, this would be the best solution.

There is an intentional separation between what is pressed on a keyboard and where it is pressed. The only thing that every OS that I have seen cares about is the keycode that the input should be - and that is as it should be. There are many different physical keyboard designs, not to mention other devices (such as presenter pointers) which act as input devices. This all results in it being extremely difficult to make the shortcuts based on a physical position.

I'm not sure what would be most appropriate for a Dvorak keyboard. If one would want to keep the mapping of C to Copy, then G and R could work for Cut and Paste.

I don't believe that there is any particular UX reason for having the cut, copy and past exactly at the X, C an V position. In fact, even among qwerty keyboard these keyboard combinations would differ. The combination of ⌘ + Z on an Apple keyboard is very different from CTRL+Z on a IBM PC keyboard. 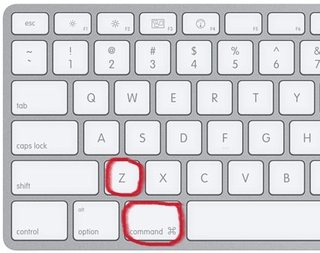 The memorization part is two-folded. The actual key-sequence is one aspect, the spatial position is another aspect. Our spatial memory is pretty strong (you might know proximately where things are, but you don't necessarily remember the name of the thing you're looking for (just like this guy has has arranged his desktop icons: http://www.youtube.com/watch?feature=player_detailpage&v=rVC7I5VcTiw#t=479s), but I can't claim that position is more important than the key-name.

I would claim, however, that grouping the shortcuts would make it easier to memorize them. (And perhaps easier to use them).

Thus, the appropriate solution would be either CTRL + |F|G|C|R| (where C=Copy), or CTRL + |:|Q|J|K| if the "spatial memories" from a qwerty-layout is still there. It could also be advocated that the ergonomics would be better at the |:|Q|J|K| position.

Let me add an international perspective. Users across the world who don't use a QWERTY keyborad are already used to using keyboard shortcuts like ctrl-Z for undo according to the position of those keys on their keyboard. For example, take this AZERTY keyborad layout, generally used by French speakers:

To launch the undo action, the user would press ctrl-Z, with the Z being in the top row, not the bottom row as it would be in a QWERTY keyboard. This applies even to keyboard shortcuts which are placed in convenient locations in a QWERTY keyboard, like ctrl-X, ctrl-C and ctrl-V for cut, copy and paste, or H, J, K and L for left, down, up, and right respectively in Vim. We're just used to it.

What about keyboard layouts that don't have letters like X, C and V, such as an Arabic keyboard layout? How would you launch the keyboard shortcut for undo ctrl-Z?

The important point is consistency. When you're using Dvorak, you're probably being used to the position of ctrl-x, ctrl-c, ctrl-v, even when they are not that convenient. When now one application tries to make it easier, it actually makes you think as it behaves different from the other applications.

As others said, operation systems allow to remap some keys. Try to use the OS APIs as much as possible, so users can configure the keys themselves and your program just does what the toolkit does on the standard shortcut without knowing about the user's keyboard layout.

Not the answer you're looking for? Browse other questions tagged physical localization keyboard keyboard-shortcuts or ask your own question.

45
Are there any recent studies of the "Keyboard vs Mouse"-issue?
4
How can end users training be integrated to the UX plans?