Say you have a form where the user must specify a number of X. For sake of example, let's say X is flowers.

So you have a control for number of roses. But for that extra 10% , you want there to be some way that they can specify that they don't want just roses, they want to buy 3 sunflowers, 2 daffodils, and 1 rose.

What is an elegant, and just as important, an Android-esque, way of doing this?

I have thought about having the one control for roses, with an arrow icon/button underneat it that will push everything below that point in the form downwards and show new controls for daffodils and sunflowers, but don't know how well this meshes with the rest of Android because I have not seen examples or mentions of such a pattern anywhere.

In images, since explaining this has been quite difficult. Before: 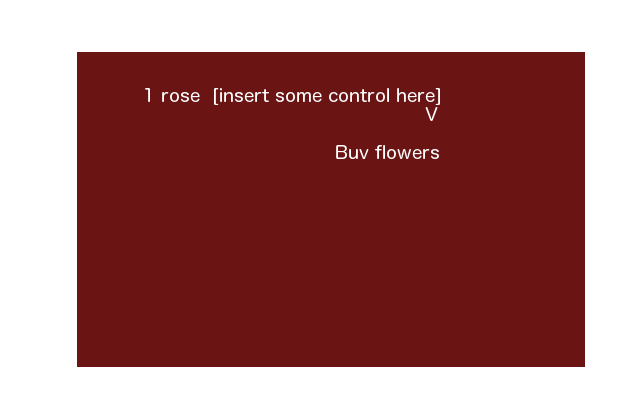 And after clicking the arrow: 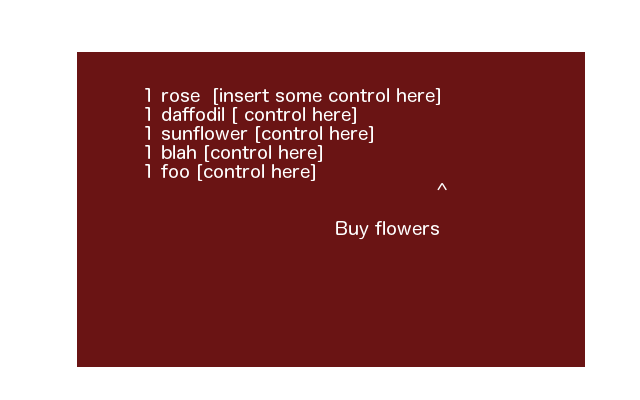 Another possible idea is to have:

Here are a few options:

Not saying this would be done in the "Android" way. But, this could be done with a hidden panel. This way the UI wouldn't be cluttered. It would still be clean yet provide the extra functionality when needed to the user.

The panel is a simple <div> with the content you want within it. Then using Jquery and doing div.panel {display: none} in the CSS you hide the panel from showing. In Jquery you could use a toggle.

Of course this works for a browser. If building for a native app I would assume the same functionality could be built.

7
Showing completion but not validation
32
Studies showing that the more form fields there are the less conversions you will get
8
Should users be able to customise everything or should the UX team decide for them?
7
Best practice for Android form - selection of large range of numbers
1
Rotating arrow vs plus/minus sign for a dropdown in Android
3
What is the best approach of presenting a tabular data with search options in android?
0
Asking for a phone number + type of number
6
Designing an expandable UI with plugins
4
Ask user to check categories of an item and then display category-specific options
0
Hiding vs showing an error