Messaging a user success and error messages at the same time

There's a screen in our app where the user performs a batch action to list some products on their online store. In the UI, they select the products from a list and click a 'list' button.

During this batch action, things can go wrong (e.g. they can't list the product because it's missing some information such as a price). So, some products list ok, others don't.

I'm wondering how to communicate this to the user? At the moment, it reports an error, listing the products that couldn't be connected. But, I feel this is unclear, because it fails to mention that some products were listed successfully.

I've attached some ideas Ive had below. There's other instances in the app where we do this and the page ends up looking like a traffic light, with success, warning and error messages. It's all very unclear!

I would go with option three: show both as separate messages.

The reason is that it makes it clear to the user that there are two distinct system states as a result of their action.

One of Jakob Nielsen's 10 Usability Heuristics is visibility of system status:

Because there are two status messages (one for success, and one for failure) it is much clearer to have them displayed as separate elements. Each message has different visual qualities so the user can quickly tell what happened without having to read a block of text and parse its meaning.

Users don't really read text, they scan. A green box means "success" even if the text says partial success, and vice versa for a red box. So if you show a green box, then the user may just assume everything succeeded.

A fourth option you might consider if you really wanted to have a single message is to introduce a third state: 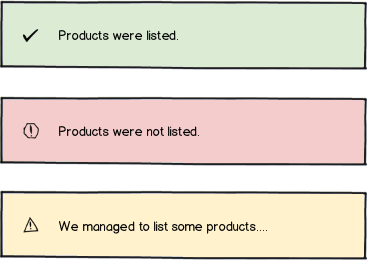 In either case, the key is to make it very clear that there IS a problem in the event of a partial or total failure state.

I don't like any of your three options. They all require your user to do work if they want to see the available information. Don't make your user work. Go with the secret fourth option:

Change the design so that the user doesn't have to click to display things manually in the first place. Instead of displaying a message about what information wasn't populated fully, just include the partial results at the end of the list of normal results. If one of the fields didn't return information, just note that failure in the corresponding place of the display, possibly with an option the user can click for an explanation.

Edit: I've presented this in a table above because that was the quickest way to make the mockup, but I'm thinking of something like appears on Amazon.com, where you have a box associated with each product and it doesn't stand out if something's missing from that box. For example in this screenshot of Amazon you'll notice that the second entry has no image and the third entry has no author and no price for the new book (only used), but they all fit together seamlessly. 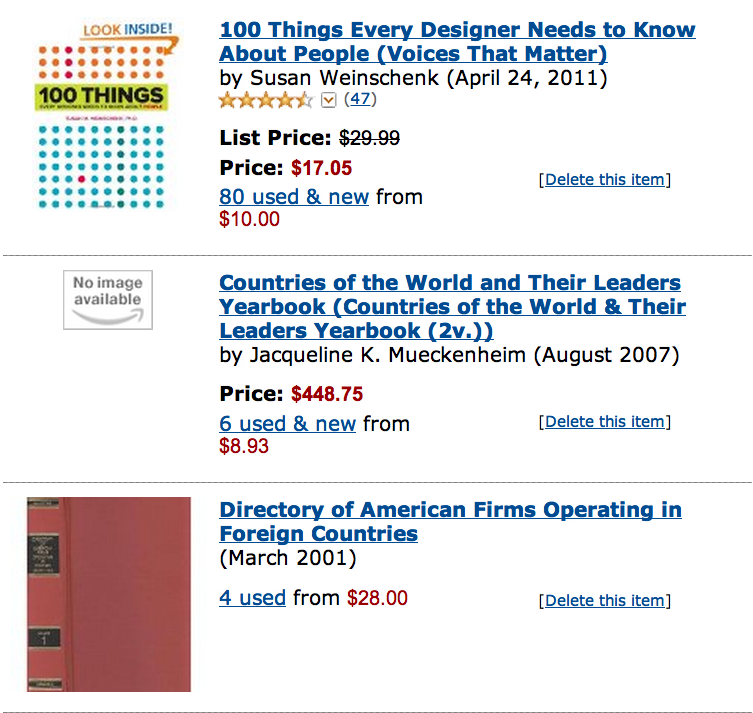 To much colors don t help, it renders the message confuse . What is the more importante information for the user. ...i think it is What is wrong.

So you can imagine a solution between the grey grid as shown and your proposal with color.

This solution let the good lines visible in grey (i agree, don t force your user to click to see details) and add red symbol on the lines with error to help the user easely and rapidly identify the bad processed lines.

Not the answer you're looking for? Browse other questions tagged notification status errors or ask your own question.

14
What will be the Best notifications and error messages?
6
Why do error and success messages have a close button?
13
What's the Android recommendation for error handling
3
How should one phrase validation error messages?
1
Alternative to modal error messages with only one button
3
What is the best the message “Server is not Running” or “Please start the server” and why?
4
Using toast for form success and error input
1
Combining “Success Message” and the next step on the same screen
1
Colour coding validation messages and general messages
5
How to manage usability with multiple http error messages?