I am struggling with a client who has a (slightly irrational) dislike of slider controls.

I need to provide an alternative that can accommodate 233 selection points, of which maybe 10 are common selections but all are entirely feasible.

I tried a spinner but there just seems to be too many points for accurate and easy pinpointing.

Are there any usable alternatives?

Are sliders absolutely out? Could you 'make sliders more bearable' for your client - some kind of 'custom' slider that eases the pain that sliders can often have.

Some time ago now, I had an idea for a smart spinbox that combined elements of a spinbox and a slider, as well as a couple other enhancements. Maybe all this could be the seed of an idea.

Edit - an example of a final implementation (using Qt): 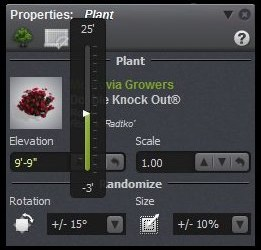 A calendar style control provides access to 365 days of the year (ignoring the change in year itself), so could be tweaked for your purpose so as to provide at least as many choices as you need, grouped into whatever makes sense for your situation.

Without knowing more about your context (including whether it's for desktop and/or mobile), it's hard to suggest what actual tweaks you might want to make.

If the control has to provide total control (pun intended) then a slider isn't always your best bet, since they are quite inaccurate.

One way to quickly set a value on a large interval is to use the same pattern that is used on mobile alarm clocks. 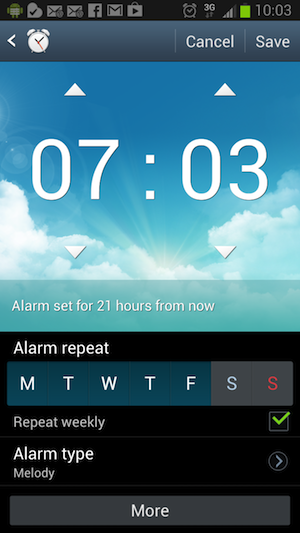 This way the user can specify a value on a range of controls that increase/decrease the value of different magnitude.

This may very well be a very bad suggestion, but have you considered knobs/dials (think volume control on an amplifier, or some visual abstraction)? There will probably be interaction issues, and it is effectively a bent/circular slider, but you can still have the predefined points AND the finer resolution points in-between. Maybe it is worth as a last-resort?

Not the answer you're looking for? Browse other questions tagged controls sliders or ask your own question.

3
Best alternative to slider controls for iPad users?
3
slider vs. select box / dropdown
12
How do you show a locked slider?
0
"Slider" with relative motion? What is this called?
1
Zoom Slider Control Positioning
1
What's that "chevrons" mouse-like "not a slider" interface?
2
Platform selection mechanism on documentation website
2
Is a slider with multiple handles suitable for defining split points
1
What do you call the date range slider bar underneath a time series chart?
1
Alternative to slider on front page