What is a good way to display side navigation levels?

For the past few weeks I have been working on reconstructing my employers side navigation. While attending a recent meeting, discussion on side navigation hierarchy arose and there was a debate on how to display hierarchy levels that would best benefit the user.

Side Navigation with all levels on left side.
Levels defined by text size. 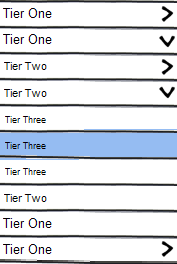 Side Navigation with indented levels.
Levels defined by text size and extra padding.

One of the benefits to the first option however is it leaves you more room for variable length link text. Depending on your use case the benefit of having indentation might be mitigated by the negative effect of wrapping text: 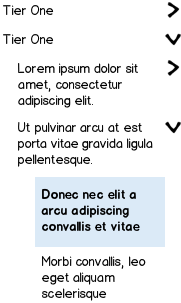 I think option 1 could be effective if you use something other than size to communicate the hierarchy to the user:

This option maximizes available space for link text, which can matter depending on the viewport through which your user accesses the site.

Additionally, the user's eye is able to travel along a single vertical path to evaluate their navigation options.

My suspicion is contrast is a "primary" perceptive function, not a reflective function on the user's part. They just see the contrast without having to think about it.

Option 2, by using white space to create delineation, might require "secondary" perception. The user's brain would engage in cortical reasoning to group the items together.

I don't know enough about human psychology to categorically state whether there is any meaningful difference between the two visual representations and cognitive load, so if anyone can provide a link or set me straight that would be great.

I would just prototype the two using the longest navigation labels you think could possibly appear and do some usability testing. That data would show if there is any meaningful difference. It's possible they're both effective.

2nd one is better, fast glance and the user will know where they are and how deep they are on the website. take a look at what Google is saying about this kind of navigation.

I wouldn't make the text much smaller, because that would make it hard to read. but indenting sub categories is a common practice. Think about Windows Explorer view 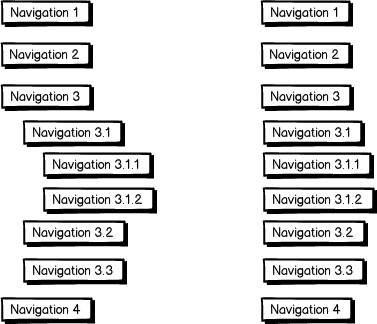 I would say the 2nd example with equal font sizes is good. Other ideas are to emphasize hierarchical levels by brightness values and font weights.

I find the side nav at Pulse (http://www.pulse.me/) to be particularly well-done. May not suit your case(s) without a more detailed understanding of your needs, but worth checking out.

The arrows are too distracting, especially when they don't account for levels. You should do something similar to Windows 7 File Explorer, they place the arrows right before the item names, rather than aligning all of them to right. 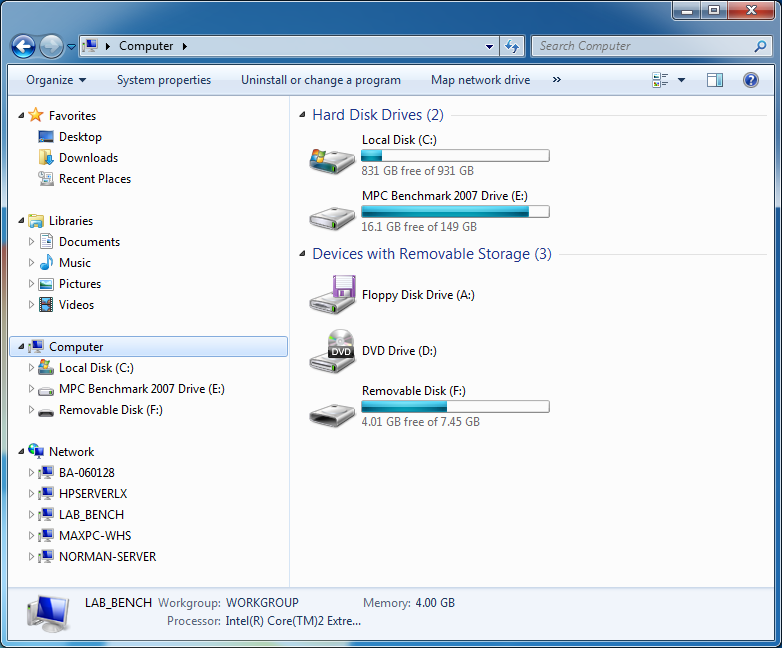 Not the answer you're looking for? Browse other questions tagged navigation dropdown sidebar or ask your own question.