With Android JellyBean, Google introduced Google Now, which is a fantastic addition in itself as far as I'm concerned.

One interesting feature usability wise, something that dmh pointed out in a previous question of mine, was how they handle screen real estate when the user scans the feed, by condensing controls and then seamlessly bringing the controls back on user interaction.

This is how it works,

When Google Now is launched you have its dashboard with the search field up top. 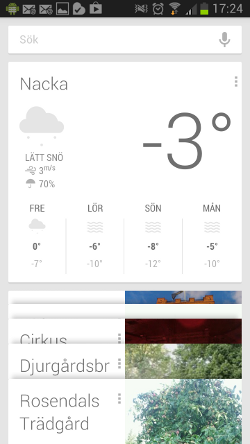 As the user starts scrolling the content the search field is hidden outside the view port. 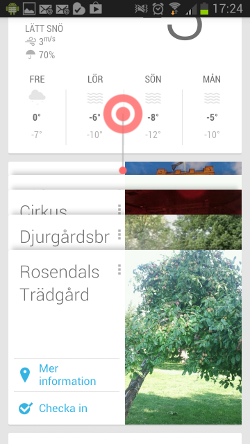 If the user, somewhere down in the Google Now feed, starts scrolling up instead the search field will reappear as part of the feed, without the user having to scroll back to the top. 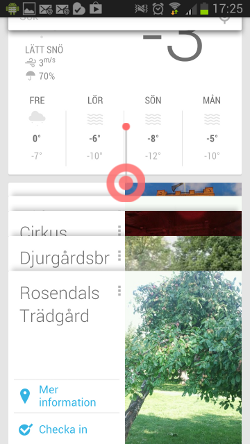 To then follow the scroll attached on top as long as the user keeps scrolling upwards. 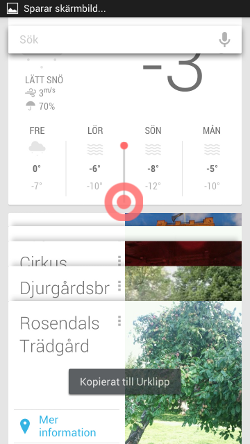 This is a novelty pattern as far as I know, and I'm really keen on trying to integrate a similar pattern into our application since I see how it could really benefit the UX of a similar view of ours.

However, now when I want to wireframe the idea and bring up design proposals I don't know what to call it. So far I've called it something like "Google Now scrolling condense pattern", which I'm tired of saying. Does anyone have an idea what Google calls this feature, or if you've seen it implemented elsewhere and know what it's called there?

Does anyone have an idea what Google calls this feature, or if you've seen it implemented elsewhere and know what it's called there?

The feature your looking for is called Quick Return. For more information Android UI Patterns offers an article about it. Quick Return is still fairly new so there aren't many sites using it besides Google.

I haven't seen it anywhere else, but it's a smart pattern. It's kind of like a "fixed parallax" use, right? Sure, I just gave you something of a paradox, but from what you described, it makes sense.

Not the answer you're looking for? Browse other questions tagged mobile design-patterns scrolling or ask your own question.

5
When should scrolling navigation bars be employed?
2
Is there any research to confirm whether "classic" scrolling or OS X Lion's scrolling style is "better"?
34
Is infinite scrolling justifiable?
16
'Scrolling divs' in mobile land. Yea or nay?
14
Scrolling without scrollbars
3
Name that pattern: Notifications on reaching bottom of page
9
Have controls fade out on scroll?
3
Would the Quick return design pattern that is utilized in Google+, Google Now, Chrome also suit well in Gmail on Android?
16
How usable are bars that disappear / reappear on scroll?
2
When reading a long passage, when do users tend to scroll the page?