In iOS, how to make "take photo" views feel more like the rest of the app?

The standard iOS "take a photo" view has its "navigation and action" bar at the bottom, unlike (almost) every other iOS view that has the navigation/action bar on top.

I assume Apple broke consistency in this case for reasons including:

But the effect can be jarring in apps not focused on picture taking, like Amazon.com's app where users only take pictures of products as part of searching for products.

Can you think of any way to make photo views seem less "alien" to an app like Amazon's where picture taking is just one of many tasks that the app supports?

Here's an example of a "Normal" view: 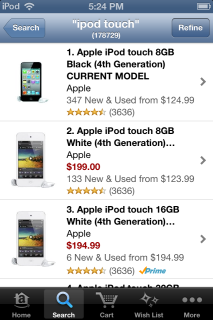 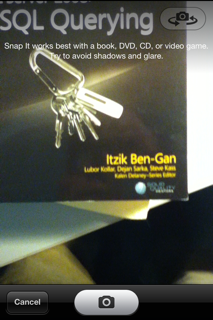 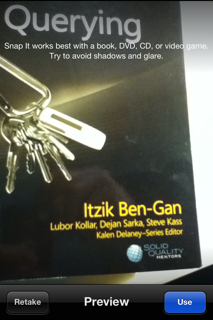 The short answer is 'no', you cant really customise the UI of the camera out of the box. The idea being that because you need to follow the implementation of the UIImagePickerViewController, you may not be able to modify the elements if a suitable API is not provided. So if Apple don't provide methods to modify the Toolbar or the camera button, then its not possible.(Caveat: I would test this though, I haven't tried to customise the toolbar but have customised toolbars in other areas of an application)

I have seen one work-around, using one of the easily customisable components called the OverlayView. The overlay view is aimed for uses where you need to put an image over the camera viewport, say a grid for composition, or a frame to help the user position a bar-codes.

The developer used this view to place the customised controls in this overlayView and then placed that over the standard controls to mask them. It seems like a bit of a hack to me but maybe something worth exploring.

A few things to remember as another posted pointed out, the camera is presented in a modal view and one could argue that this presentation methods along with the fact you're engaging in a specific task aligned with the device and OS, may make it more acceptable to the user to understand why the UI 'breaks' a bit at this point. Likewise, it's a common occurrence for all apps on iOS that use the camera this way, so one could argue the user would already be familiar with jump from your UI to the cameras UI from using other apps.

I think the likely reason the buttons are along the bottom in the picture-taking view is that your thumb/finger and part of your hand would cover the screen if you put them at the top, obscuring your view of the picture you're taking. Also, it's a common convention in mobile apps to have navigation along the bottom for this reason and because your thumb is usually closer to the bottom of the screen. On the iPhone, for example, the apps for calendar, photos, phone, music, and several others have bottom navigation (many have bottom and top nav also).

I think the full-screen solution with buttons at the bottom is the best approach for anything focused on photography, as it allows a full unobstructed view of what you want to photograph. If you are using something where a big photo isn't the goal, such as a price-scan app (like Amazon's separate PriceCheck app), you might consider an overlay with instructions: 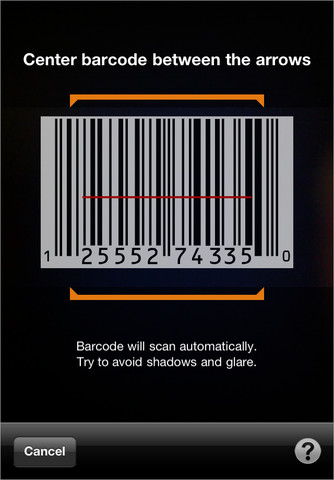 Otherwise what you're feeling as "alien" is really just a modal solution that allows the user to see as much as possible with unobtrusive, minimal navigation.

Not the answer you're looking for? Browse other questions tagged navigation ios or ask your own question.