Finding out how users respond to look and feel

If you wanted to put designs in front of users and test how they feel about the visual designs look and feel. What questions could you ask to explore how users feel without being leading?

I think it is very difficult to tell if a visual design is good or bad but you can measure if your design communicates the tone you intend. What we use at work is something similar to what the BBC used for their Glass Wall project and, I guess, it could be to what @DaveSenden refers to. 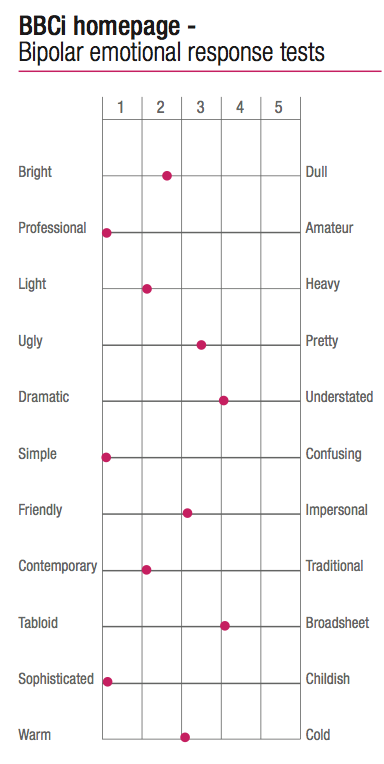 With the help of this grid you can measure the emotional response, we just give users this as part of the user tests, asking to rate the website based on this "soft" measurements.

The grid will help you find averages and the answers will be positive if you find clear patterns.

Here you can see a terrific document about how the BBC used this method.

This can be tricky because asking specific open questions will result in different answers for every user, especially if asking about visual design. You might want to let them do a Hedonic/Utilitarian assessment on your design. This is a list of opposite statements with a Liker-scale assessment. For example: Exciting _ _ _ _ _ Dull, Useful _ _ _ _ _ Useless

There is a standard list of statements that you can ask of the user but I can't seem to find it quickly.

You could use the User Experience Questionnaire (UEQ) which asks for over 18 items regarding aesthetics, experience, effiency, ... You can download the free survey here.

And UserFocus has a good article about this matter and how to analyse the data later on.

I would employ a technique that they use in rubrics/reviews; ask them questions that guide them to think about the design and then ask them to take a side.

While some might argue that this approach forces the user to be too critical/objective whereas emotions are more freeform and "pure", I like it because it gives me tangible things to work towards when I iterate on the design.

The best questions are no questions at all. And quite frankly, how your users feel about a UI is unimportant. How well it facilitates their task and/or draws them in is important.

Your UX is ultimately an attempt to entice and facilitate a user in completing a certain task. To test a user in a minimally biased manner, you need a sample group with a back-story to let loose on the interface. The UX that generates the most task completions or the most efficient task completions (depending on your own goal) is the better UX.

I would tend to use Google as a case study. Their initial UI was simple and obvious. It wasn't pretty, and it did not evoke a positive emotional response. But, it was the "right" UI to entice users and facilitate their task.

Subsequent modifications of Google's UX's have been done with AB testing to the best of my knowledge. They present an alternate UX to some small percentage of users and determine whether it increases goal-completion over time. If it does, it's the better UX. Very few, if any, questions need to be asked.

Reiterating the point: The user's opinion doesn't matter. User opinions do little in predicting behavior. And you ultimately care about behavior.

Some time ago I read an article of Paul Boag that suggests two techniques to test the design of a website:

You will find more details in the original article: Design Testing, by Paul Boag.

15
How to test user in real situation?
7
Is it effective to ask users which design they prefer and why?
14
What is the difference between a Hi-Fidelity Prototype and a visual design?
6
Hiring a User Experience Prototyper
7
Is there a service where I can upload product screen shots and get feedback from users?
0
Should the design/appearance of an application a part of a usability test?
3
How can I test a users decision to buy something?
0
Usability testing: closed/open-ended tasks & actionable/verbal goals
1
Asking about a single feature using the Kano Model
2
How to integrate video content into static screens for user testing?