I got an tablet app, and I'm facing a usability issue, I got several people who never had seen the app, and put them to test it, some already had smartphone/tablet experiences, and some not. The app display some products in a paginated grid, so the testers, hence where not looking for any particular product, just don't noted that there were several pages.

How it is today: 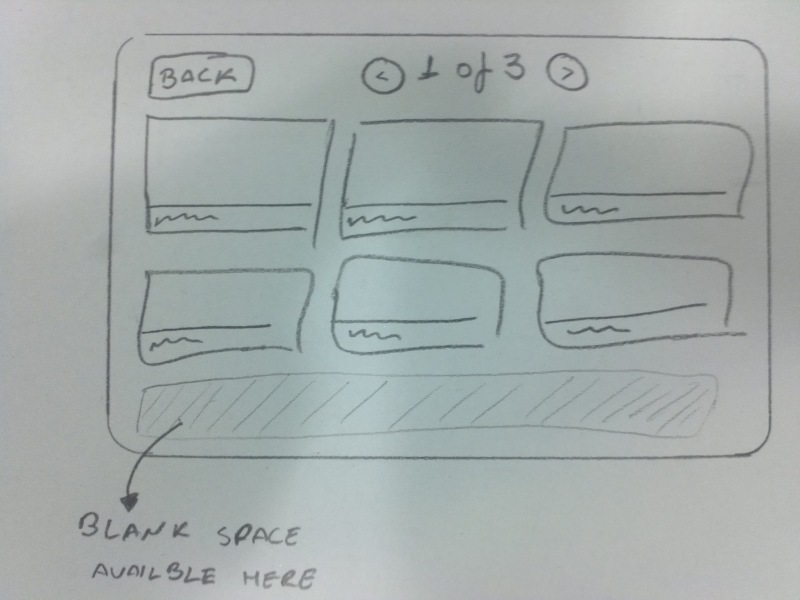 And the solution I came up with: 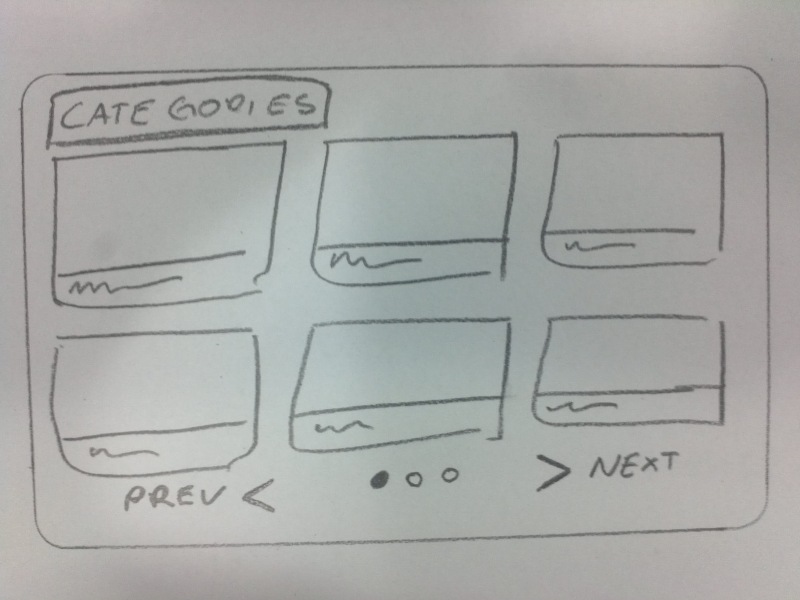 I would like to know your thoughts about it. The paging can also be done sliding it tho the sides, but some first timer users wouldn't know that, so we've decided to put some buttons/links/indicators. Would be nice to come up with a way that could induce the user to slide the screen.

There are few aother things you could do without explicitly providing buttons. LukeW provides a great presentation about some techniques to expose gesture.

Here are a few ideas: 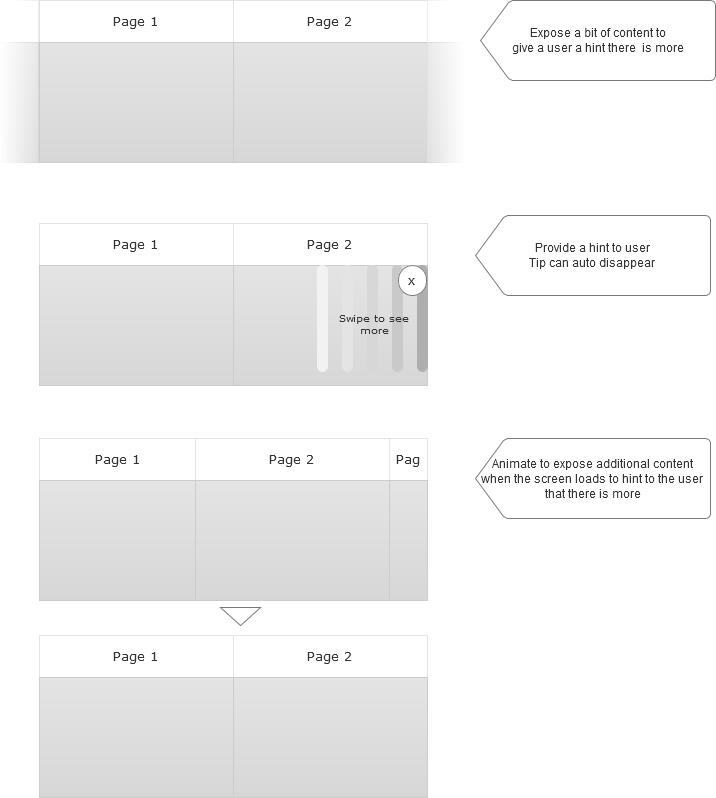 Not the answer you're looking for? Browse other questions tagged android pagination tablet or ask your own question.