We have a Silverlight application which has two main areas: a vertical list of fields on the left, and a work area on the right.

There are two possible operations that the user can perform on the fields:

Currently, on field mouseover, the cursor changes to a pointing hand to indicate openability. There is no right click possibility.

I'm trying to come up a way to show that the fields can be either clicked on or dragged, but so far I'm stumped. And I couldn't see any similar question raised here.

It occurred to me that what we have here is very similar to the sort of UI control found on many tablets where the user can either drag a screen object about, or he can 'tap and hold' it to open it or access a menu.

So far though a trawl through previous questions in this forum hasn't convinced me that anyone has really managed to convey this to the user other than via an introductory overlay or small video when the page is first accessed.

Designate a specific visual handle for the drag-and-drop functionality. Have the mouse change to a different cursor when over that (usually the cross works well).

Design the element in a way that suggests interaction - and some designs can also suggest the dragging possibility itself, like this corner of a WinXP window:

or these dots on Gmail (on the email in the middle).

Also, these are the first two results of a Google Images search on "drag and drop handle" 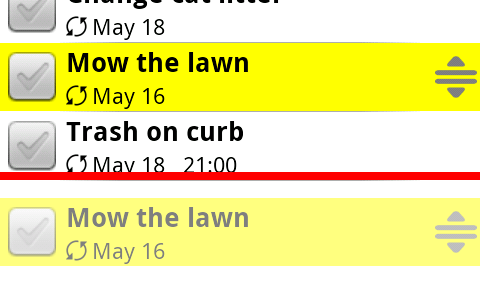 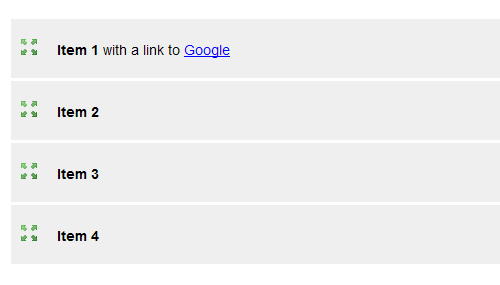 One way would be to briefly flash a transparent big four-tipped arrow below the field when the cursor pointer enters it.

Not the answer you're looking for? Browse other questions tagged affordance drag-n-drop tablet click or ask your own question.

56
How to visualize the possibility of drag'n'drop?
41
What is a good visual cue for drag and drop? (for reordering a list of items)

4
How can I lead users to and use an unusual navigation
7
Re-plotting items on a map
7
Combination of text and drag and drop search
115
What word can be used to mean either click or tap?
1
Draggable and Edditable - How to solve?
5
How to indicate an item can be double clicked?
1
Designing a drag and drop sortable that can sort its own contents and copy its children into another sortable
16
Is 'click to add' or 'drag and drop to add' preferred by the user?
1
User experience issue and technical limitation in drag and drop functionality
1
What feedback to give to users about why drag & drop does not work here?