When did UX start being called UX?

When did people start talking about User Experience as a role/domain similar to the way that it's used today?

The earliest reference I can find is the Norman, Miller, Henderson CHI 95 piece on Apple's set up (Donald Norman, Jim Miller, Austin Henderson: What You See, Some of What's in the Future, And How We Go About Doing It: HI at Apple Computer. Proceedings of CHI 1995, Denver, Colorado, USA)

"I invented the term because I thought Human Interface and usability were too narrow: I wanted to cover all aspects of the person's experience with a system, including industrial design, graphics, the interface, the physical interaction, and the manual." - Don Norman

(I'm writing a talk on communities of practice relating to UX - and want to get my time lines right ;-)

It looks like the earliest recorded usage was meeting notes from 1993 by a colleague of Donald Norman's at Apple. The notes imply that Norman changed the job title "User Interface Architect" to "User Experience Architect". Norman has discussed inventing the term in interviews.

The first record (I could find) on User Experience comes from Mark Twain’s “Nineteen rules governing literary art in domain of romantic fiction” written in 1895. These 19 rules could easily be transferred to writing for the web today which is a part of User Experience. Here are some of them:

(1) That a tale shall accomplish something and arrive somewhere.

(4) They require that the personages in a tale, both dead and alive, shall exhibit a sufficient excuse for being there.

(5) The require that when the personages of a tale deal in conversation, the talk shall sound like human talk, and be talk such as human beings would be likely to talk in the given circumstances, and have a discoverable meaning, also a discoverable purpose, and a show of relevancy, and remain in the neighborhood of the subject at hand, and be interesting to the reader, and help out the tale, and stop when the people cannot think of anything more to say.

(13) Use the right word, not its second cousin.

(18) Employ a simple and straightforward style.

Mark Twain did not use the phrase User Experience, but it’s easy to see that this is what he actually meant.

General disclaimer: I’ve interpreted the question to a slightly different meaning, and when you read the answer you should think of it as an answer to the question When was User Experience first used? which could be useful for adrianh’s talk on “communities of practice relating to UX”.

Likewise, an interactive computer program may be intended to enable its user to do a variety of different things - find information, compose and format a document, play a game, or explore a virtual world. The user's goals for a given application may be recreational, utilitarian, or some combination of both, but it is only through engagement at the level of the interface that those goals can be met. An interface, like a play, must represent a comprehensible world comprehensibly. That representation must have qualities which enable a person to become engaged, rationally and emotionally, in its unique context.

Naturally, there is disagreement on this point. The critics point to the all-to-common case in which computer users are willing to submit themselves to heinous interfaces and have dreadful experiences, as long as they are able to get the job done (my own experiences with UNIX Emacs come to mind). So might drama buffs endure perfectly awful plays, to the end of being able to chat about them later. But in seeking design principles for good interfaces, we must, it seems to me, concern ourselves with the best case, and ask, not what the users are willing to endure, but what the ideal user experience might be, and what sort of interface might provide it.

In terms of 'what it means today' its really only been around since 2005.

Here's the Wikipedia history for it:

Don Norman uses the term in his 1999 Book: The Invisible Computer

Technologies have a life cycle, says Donald Norman, and companies and their products must change as they pass from youth to maturity. Alas, the computer industry thinks it is still in its rebellious teenage years, exulting in technical complexity. Customers want change. They are ready for products that offer convenience, ease of use, and pleasure. The technology should be invisible, hidden from sight.In this book, Norman shows why the computer is so difficult to use and why this complexity is fundamental to its nature. The only answer, says Norman, is to start over again, to develop information appliances that fit people's needs and lives. To do this companies must change the way they develop products.

They need to start with an understanding of people: user needs first, technology last--the opposite of how things are done now. Companies need a human-centered development process, even if it means reorganizing the entire company.

I want to point out this publication:

The thinking-aloud method has been used successfully in user interface research. The present study investigates the application of the method for user interface design. The study is based on interviews with nine systems designers who had used the method in design practice. Their application ofthe method wasin general very successful. This paper focuses on a unique property of this method: its inherent promotion of cognitive ergonomics due to the timely, genuine and applicable feedback to the designers in the design context.

This extract shows, that in the context of the paper the thinking-aloud method was used to get feedback on user interfaces:

The thinking-aloud method consists in having a user working with a computer system (prototype, paper mock-up or documentation) while 'thinking-aloud', i.e., spontaneously (or prompted) verbalizing ideas, facts, plans, beliefs, expectations, doubt, anxiety, etc. that comes to mind during the work. Typically a scenario is developed for the tests, i.e., an artificial work context with specific tasks that can be accomplished by means of the system.

The term "user experience" is also explicitly mentioned in a citation:

One of the most striking results of the application of the thinking-aloud method is the value of the feedback the designers get in context, thereby overcoming one of the main problems with the formal methods (limitation of scope) and informal guidelines (mismatch between the normative guidelines and the design context at hand). Whiteside and Wixon (1987) put it thus:

The reference to which Jorgensen refers to is:

Here are a few pre-digital references (courtesy of Google Books search) to the use of the phrase "user's experience", in reference to the domain of incorporating individual human experience as product design feedback:

Right at the start we admitted that we didn't know it all and went to the user before building Type T motors. Thirty five prominent electrical engineers in the iron and steel mills and machine shops showed us just what they wanted and needed to meet the demands of their work. These thoroughly practical men have thousands of motors under their care. They see revealed daily in their repair departments the weak spots of motors of every type and make. As a result Type T motors represent the combined ideas of men who have unusual opportunities to learn the need for quality and strength in every motor detail. No motor could be more thoroughly the result of recommendations and criticisms from men in the field whose needs it is intended to meet.

Effect of User's Experience on Design

This care and practice has resulted, as has been noted already, in a design of details which give very little trouble, and to this state the manufacturer of motor parts is approaching, but he would do so at a quicker rate if the matter were laid hold of more systematically, and if there were closer contact between maker and user. A railway company, as a rule at least, designs, if it does not build, the locomotives it uses, and is therefore in a position to benefit by its experiences.

Many reproducers are also producers of effective design; and there are many able specialist designers working for the advertiser. In this series we wish to represent some of the most efficient work, with brief notes on the user's experience. Advertisers and designers are asked to submit examples of their most successful displays.

In the home trade Messrs. Sutcliffe have supplied machines to the British Government and plants to several Corporations for tramway departments; but about the most important contract has been the fitting up of the new moulding mill for Ashworth, Kirk & Co., of Nottingham, and we herewith give an illustration of the machine with which they were supplied. It appears that Ashworth, Kirk & Co. approached John Sutcliffe & Son, Ltd., and arranged to have a machine specially made for them, incorporating numerous improvements especially necessary in their business. In this machine we have the engineer's skill aided by the machine user's experience, the result being a machine that is as perfect as possible, a sample of the highest class of machine construction, and capable of doing the work that it is intended for in the best possible way, and being easy to manipulate.

The car, I thought you would like to know, is giving me every satisfaction, and I have done some 4,000 miles on same. (Signed) A. E. THOROWGOOD.

The words "user" and "experience" have been used in the same sentence for a while. Both the topic and the role have been evolving for a while. 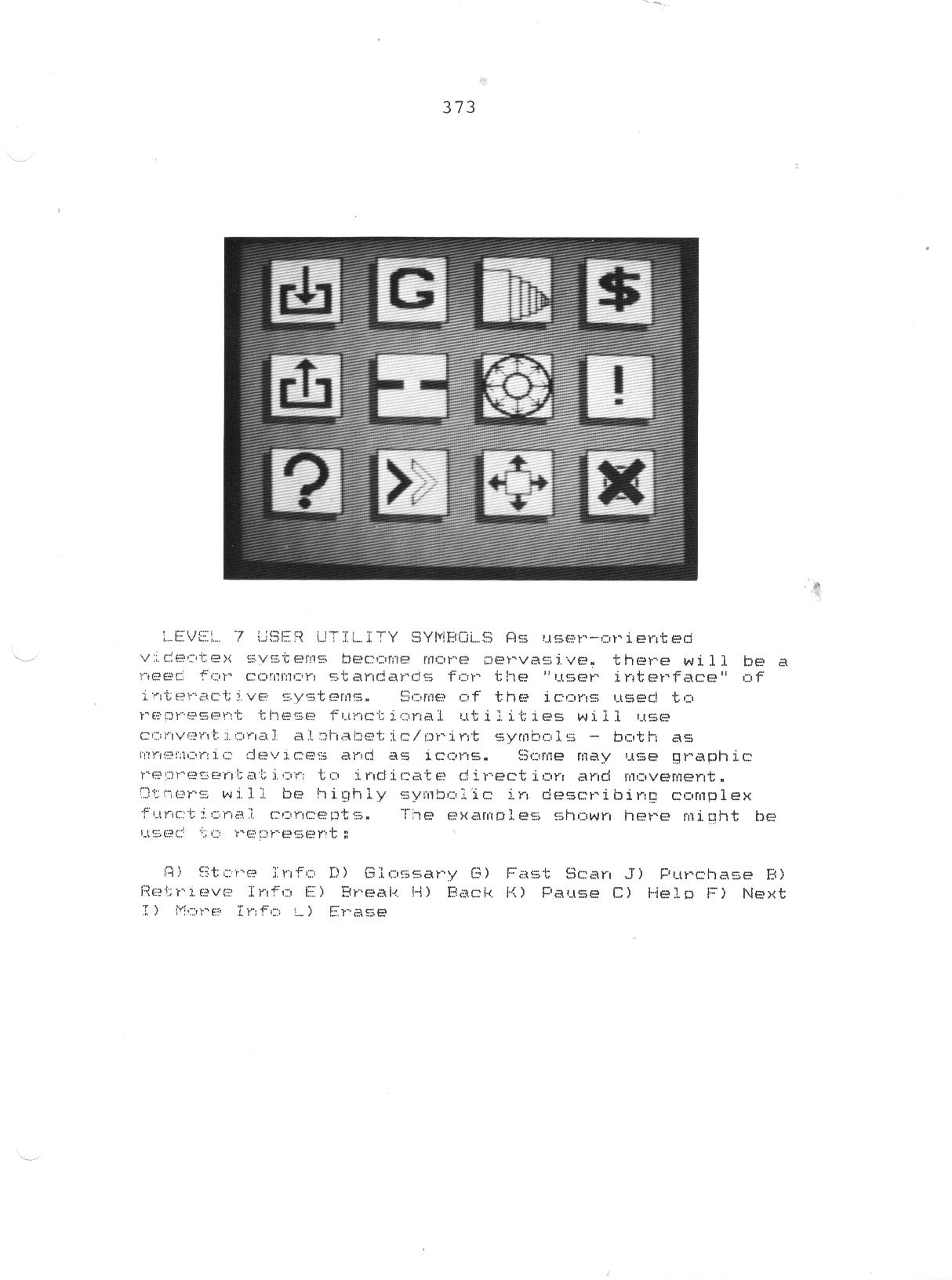 Here's a paper that I delivered at an early "before we called it the Web" conference on interactive systems in 1984 titled "Interactive Architecture and the role of the Designer" http://www.jcvtcs.com/papers-tcs/interactive-architecture.html

I ocr'ed that old paper and converted it into an html page, with a "punchline" that I replaced old out-of-date terms with their more modern equivalents: http://www.jcvtcs.com/services/architecture-metaphors.html.

I think the danger of this type of question is that it can identify when a term was first used, without consideration to whether the term meant the same thing then as now. For a formalised definition, we need to turn to ISO 9241-210, which defines user experience as:

"a person's perceptions and responses that result from the use or anticipated use of a product, system or service".

According to the ISO definition this includes all the users' emotions, beliefs, preferences, perceptions, physical and psychological responses, behaviors and accomplishments that occur before, during and after use. The ISO also list 3factors that influence user experience: system, user and the context of use.

According to the Oxford English Dictionary online, the earliest occurrence of the words "user experience" is from a Goodyear ad in the Journal of the Society of Automotive Engineers circa 1925:

The user experience so far indicates that this new cord fabric..is another Goodyear triumph!

Interestingly, the earliest occurrence of the word user is in 500 years earlier in 1425 from a book by Joannes Arden, Treatises of Fistula in Ano:

Not the answer you're looking for? Browse other questions tagged terminology history or ask your own question.

18
Why do we say UX for User Experience rather than UE?

15
Why is it called a breadcrumb?
11
What is the top navigation called when it is common to a network or suite of websites?
88
What is this side menu called that can be found in many multi-touch apps, and where does it originate from?
3
What's it called when a post 'brings' in multimedia content from another site, like YouTube or Flickr?
2
Where did 'you are not your user' originally come from?
1
What are these “dial gauges” called?
1
What should be login related links called
106
Why is backslash called BACK slash when arguably it points forward?
2
Did anyone actually ever used wire to build wireframes?
2
What are these UI elements for viewing videos called?