I have a gut feeling that interfaces that are "too" polished deter non-designer users. It seems like that the most popular websites and apps, even the niche ones who are very successful in their respective vertical, are never the interfaces that you see on design galleries, such as dribbble and Inspired UI. I suspect that highly polished designs (and maybe someone can suggest a better term) look good on galleries, but are too intimidating for non-designer users.

Is there any evidence that I'm right?

In a broad sense, I can safely say this is certainly not the case. You're on to a little something marketing-wise, but first I want to make it clear there's plenty of great visual design that lots of everyday people are hardly "turned off" by.

Look at the major operating systems; OSX, Windows 7 and iOS are extremely visually polished. iOS and it's fancy design has been advertised from the start as something easy to use (a reputation it largely lives up to) despite looking all neat and pretty.

There's even a great amount of precedence that shows polished design is considered more usable. Research has backed this up as Jimmy Breck McKye points out. As some examples, look at iOS; from the start it's been much more visually polished than Blackberry and Windows Mobile, but it was immediately received better by non-technical audiences compared to older smartphones. Ubuntu is one of the most polished Linux distros out there and widely considered one of the most usable. Older versions of Android were quite bare-bones visually and had significant usability issues; more recent versions are clearly both more usable and more visually polished.

It's quite clear that usability can be improved alongside visual polish, and it's even been shown in research that a similarly functioning device will be considered more usable than the same device just "uglier" due to the Aesthetic Usability Effect.

What I think you're really hitting on here is an issue of branding. 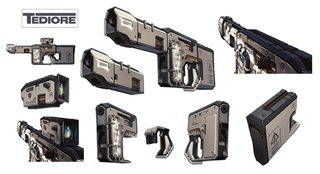 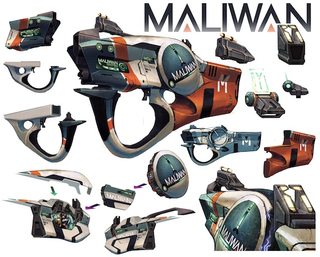 Guns are from Borderlands 2 by Gearbox Software

Which guns do you think cost more money? The Maliwan guns are clearly fancy, high-tech, elegant, and probably expensive as heck. The Tediore guns look like they may as well have a Walmart logo on them; cheap, disposable, ubiquitous.

This is common enough in all forms of design; compare a Honda Civic of any given year to the matching Mercedes SLS AMG. I don't think many would actually look at the two cars, both at the same price and say "I'd prefer the Civic"; the turn off from the Mercedes is that it costs ten times as much. Through experience we instinctively now know that those fancy things probably cost a lot.

This psychological effect has roots in the physical world; it actually does cost a heck of a lot more money to make a Mercedes SLS than it does to make a Honda Civic. The interesting thing with digital design is that while it may cost more money to design nice looking software, it doesn't necessarily cost tons of money to the consumer. Beautiful websites are delivered to hundreds of millions of people for free every day.

That brings me back to Windows 7. Windows 7 does cost a fair bit of money, but it's hardly a luxury item. The look and feel does turn some people off (there is no such thing as a universally appealing design, period) but in the digital world, good looks are not reserved for extremely expensive things, though a slick design still fits a brand image just like a cheap-o simple design fits a cheap-o simple brand image.

What's really off-putting is the appearance of exclusivity. Windows 7 has never been branded as something "exclusive". Mercedes is, Maliwan is. There's a lot more to making something feel exclusive than a good visual design; high prices, members only, devotion to loyal customers over welcoming new ones. These are things deeper than the visual polish, and they're not necessarily "bad" either; Mercedes exclusive image is fine because most of the people they turn off wouldn't actually purchase the vehicle, and at the same time the exclusivity is fun for those who do.

I wouldn't agree that 'polished' interfaces make users shy away - after all, there's plenty of research to suggest users perceive more attractive interfaces as more usable - but there are certain sorts of aesthetics that don't fit certain types of market.

A great example of this is the 'discount / value' segment. These groups tend to use a direct advertising style full of brash typography and dense information. They use a horror vacui effect, as it helps imply cheapness and matches the stylization of their peers.

It's a question of whether the user identifies with the aesthetic. Any type of aesthetic can be well-polished and managed carefully. The key is to make the polish support the style rather than becoming the style itself.

Context is important. To answer your question look at craigslist:

Well designed, highly polished ads are typically posted by companies, whereas simple text based ads that use craigslist's upload feature for visuals are usually posted by individuals. You'll quickly be able to distinguish an automated, assembly line post from a genuine user generated one.

Sometimes there's a gap between good user experience and great design as wide as the Grand Canyon.

The reason is that people who're occupied with visual beauty tend to take care less about functionality and usefulness, therefore some products designed by them are nice-looking, yet not useful at all.

Everyone tries them out.

Yet what do you use for 3 months every single day?

Something which is useful for you.

Esp. if it's private. Your mobile phone is private. Your computer desktop is largely private. There's noone to show yourself for, it's just you and the application.

The application has to solve your problems, has to give answers to your needs, and those are mainly functional (or informational), rather than aesthetical.

No, I don't believe there's any evidence that a highly polished design deters users.

However, I think there's a great deal of real-world experience that says products that put "style over substance" deter users.

Those are not the same things.

If you lead with sound UX and then apply the most polished design you can to it, you should not have nothing to fear. Keep in mind, good UX practice includes user testing and user feedback - which you would need to actively ignore to build a bad product.

(which has interesting implications for the all too common "UX/UI designer" role...)

Not the answer you're looking for? Browse other questions tagged visual-design or ask your own question.

1
Does sinking part of a toolbar help split it into separate functional parts?
4
Why does ux.stackexchange.com use a darker colour to indicate visited links?
2
Graphic design critique parameters
11
On the difference beween UX and Product design - does it matter?
69
Does visual design really affect UX?
0
Design Suggestions on side bar navigation
2
Material Design List with a lot of information
3
UI design for list of time