How to indicate container is scrollable without scroll bars

What would be another way to indicate to a user that a container is scrollable without using scroll bars, and without the ability to use a fading edge?

I've tried using arrows but it didn't make much sense from a user standpoint and a gradient in the scrollable direction didn't exactly jump out as meaning something was scrollable to me. I've also tried having a bit of the content show at the edge of a scrolling container to indicate that there was more information but it's not very reliable that something will overhang with the different screen sizes and the amount of content per container.

Here's an example of what I'm trying to indicate. 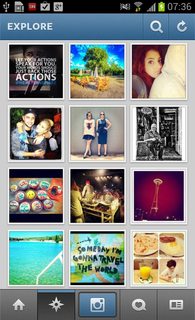 In this 3x4 grid, how can you indicate to the user that the container can be scrolled beyond the 12 items that are on the screen? In some situations there will be content overhang but this is the situation I'm trying to account for.

Also, the grid is just an example. My content is a single, horizontally scrolling row of icons.

This indeed is a very difficult problem without a good solution. To be frank, even the fade effect isn't a very good solution. Not all users understand it.. pretty obvious since Google dropped it from Android 4. Leaving it as is, without any notification or indication is quite common... Click on the "StackExchange" logo on the top left of this page, it opens a popup with a list of hot questions, right? On my computer I'm not seeing any indication that this list is scrollable...

Similar to talkol's auto-scroll idea... you could have the page start off somewhere lower in your list (maybe at the bottom, maybe just a few items lower), and then very quickly scroll to the top. This gives a quick preview of all of the content, shows the user that the list can be scrolled, and can be used as some animation as the content is loading.

A common pattern is to show the next bit of content within the scrolling area as half cut off. It annoys people to only see half and so they scroll to see it. 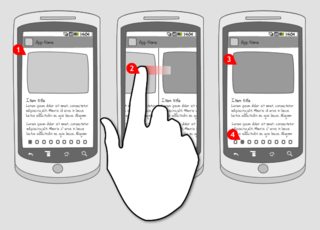 To quote what the site has to say:

Other than the CNN or BBC news examples given on the site, News 360 also uses the same layout.

Edit: You said you want the content be scrollable. Are you fine with being able to able to scroll up or down to show more content? If that is the case, you can restrict the scrolling to top/down as given below. 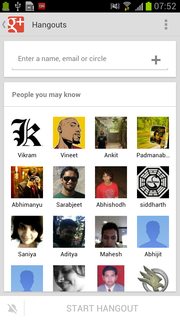 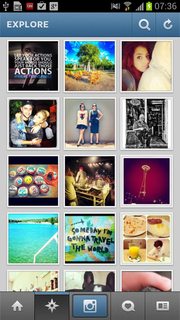 An alternative to showing a scroll bar is to show some other indicator of screenfuls of content. Below, this app indicates there is more content by virtue of the small dots, representing pagination. 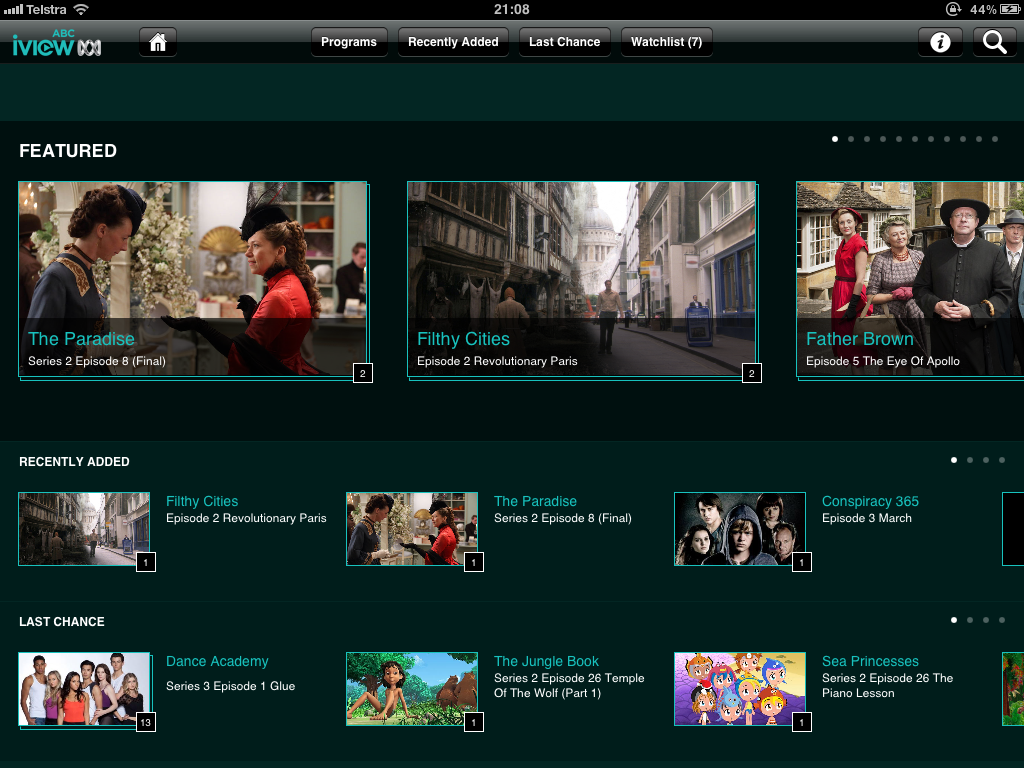 (They also use the partial-content trick, and quite deliberately so - this app is on the iPad and they are well aware of the device viewport size.)

Another option is to partially show the bottom of the content. That is, use up some of the vertical space to "tease" what the user is missing, fading out at the top, then fading in the bottom of whatever is visible. (Perhaps adding "..." inbetween?)

This may not be best approach for content greater than two screens tall, but if the content doesn't quite fit the screen (especially on a smaller phone), it works well to have a click on that bottom area scroll all the way to the bottom. (Show user what they clicked on.)

For taller content, perhaps a row of thumbnails at the bottom, with an indication of where you are. Think "video scrubbing", where you might be shown a few key frames of the video, but can quickly move to any frame (not just the ones shown as thumbnails). Use this as a compact place to quickly "scrub" through the entire content height.

Not the answer you're looking for? Browse other questions tagged android scrolling affordance or ask your own question.

5
When should scrolling navigation bars be employed?
29
Are custom scroll bars easier to use or do they just look "nice"?
16
'Scrolling divs' in mobile land. Yea or nay?
2
Android - Is it a good idea to display a list of horizontally scrollable lists (shelves)?
0
Why doesn't the mousewheel scroll left-right in single-line fields?
2
Best way to indicate horizontally scrollable sections to a user?
1
Design patterns to indicate status on infinite scroll pages
101
Are Scroll Bars Dead?
7
Best practice for scroll bars in a browser on iPad