I remember when I was a kid. Each traffic lights had different shapes. Red = Square, Yellow = Triangle, Green = Circle. Now all the traffic lights that I see are round.

Is there a reason why they don't need to have different shape any more?
Isn't it harder for people that have trouble with colors? 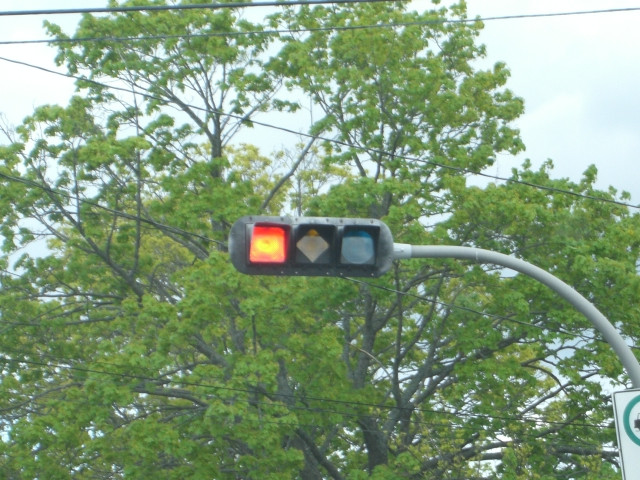 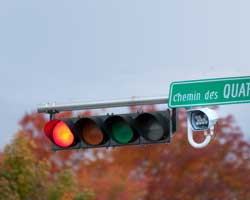 I think your basic assumption that they are all the same now is wrong, or at least very locally biased. Where I'm from, there are plenty of different shapes in use. Most notable are the pedestrian lights:

However, there are many variations, even animating ones: 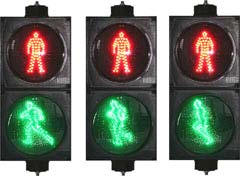 and ones with different count-downs: 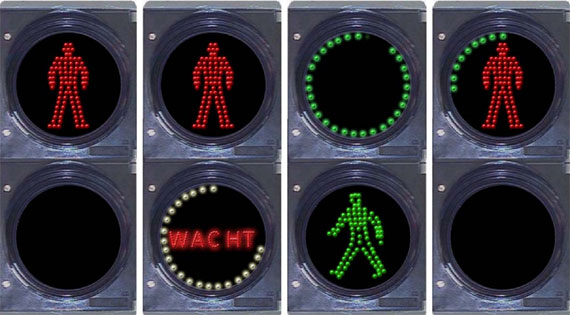 There are also special versions for bikes: 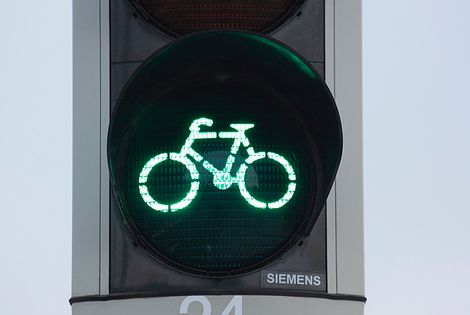 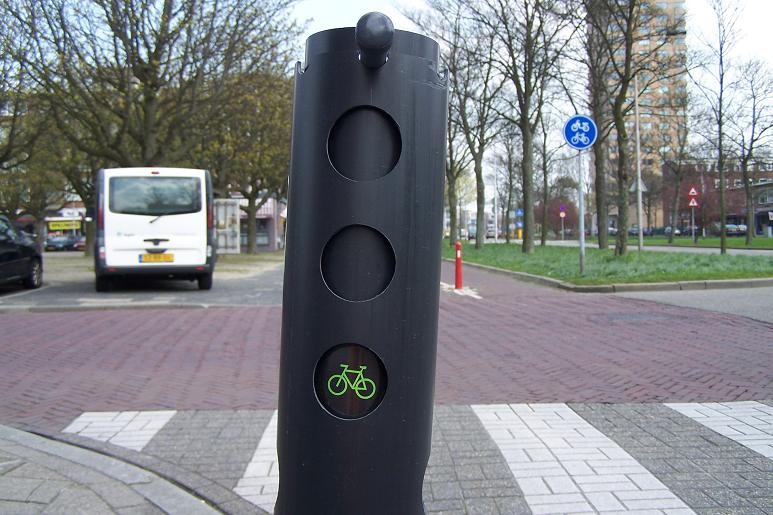 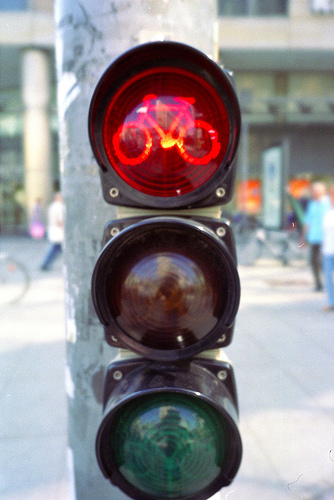 Then, of course, there are also the arrows-type lights, in use for cars: 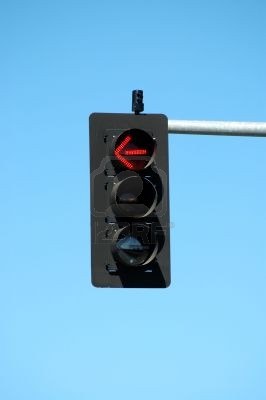 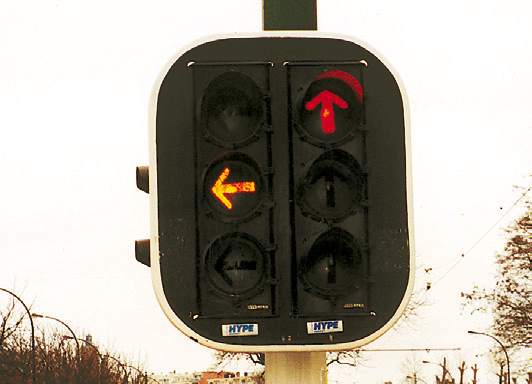 To conclude: it is hardly the case that there are only circles in use these days.

From a great distance, like traffic lights are often viewed from, it is hard to discern shapes--especially square vs. circle.

Glare and flaring tend to reduce the light to a blur anyway (except for those have 20/20 vision and perfectly clear eyeballs viewing them through a clean windshield on a clear day). The color becomes the predominant signal--and therefore it is quantity of light that becomes important.

The above examples all cut down on the amount of light leaving the signal-- especially the "bicycle" and "pedestrian" shapes (which are appropriate for the slower-moving clientele they serve, but would blur into "dim green"/"dim red" for car drivers, especially in the rain.

As @Matt mentioned in a comment to the question, the 'green' traffic lights often have a strong blue component so that RG-colorblind people have a better chance of distinguishing them, the major argument against relying solely on color.

Position provides an additional reinforcement, and a top-down arrangement is clearer than a left-right (or is it right-left?) arrangement, which was the other notably confusing thing about shaped Canadian traffic lights.

I noticed that the shapes started disappearing when traffic lights were being retrofitted with LEDs. When they started doing that, they didn't simply put the LEDs inside the reflection cones behind the lenses as one might have expected, but instead put disc-shaped LED matrices on the outsides of the lenses. At least, that's what it kind of looked like.

If you watch for them, on some signal heads you can still see square hoods where the red lights were. Incidentally, they changed the standard of signal arrangement: where, before, the right and left arrows were on the outermost positions of the signal head, now it is always the red lights that are outermost, and the right and left arrows are usually adjacent to the green and/or yellow lights. This results in the arrow lights sometimes having square hoods. Some signal heads have all square hoods, as in the one pictured in the question.

Some LED traffic lights were made with the shapes, but, for some reason, even those are hard to find now. During a recent visit to Quebec, I saw exactly two shape-coded traffic lights. They used to be all over the place.

I liked having the shape coded lights because they were something slightly strange that you see only in (eastern) Canada, giving tourists the impression (even if only subliminally) that this isn't just an extremity of the U.S.

Sorry for the thread bump in case that's a big deal here.

8
Do manufacturers of markers produce different shapes for each type (whiteboard/permanent) so you can tell the difference by touch?
28
Traffic lights: "yellow" is progress, not state
11
Reason for blinking laptop power light on suspend
37
Traffic lights: why yellow before green?
23
Why do light switches find themselves OUTSIDE the room they light up in some European countries?
19
Why do light switch buttons have up/down direction when it's really a toggle function?
2
UI for dimming light
3
Why are switches with light indicator common but outlets are not?
71
Why do traffic lights have three separate light bulbs instead of having one?
1
Why don't traffic lights include the time until the light goes red or goes green?