What menu strip items and other controls deserve their own icon?

For instance, here is the appearance of my File Menu compared to another common menu: 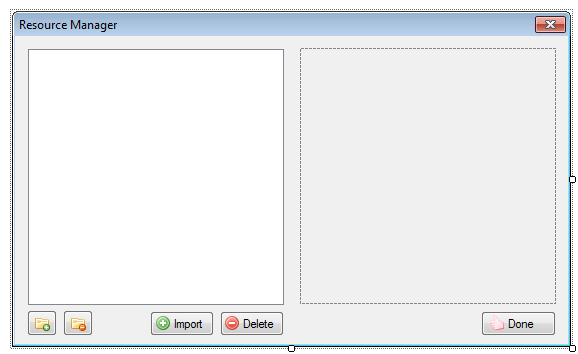 What is the rule of thumb here? Should I put an icon there if I have one for it, or should I only do it for some items?

Icons are for items you need to find at a glance. You really want to prioritize those commands I'll be using all the time, the ones I'll need quickly with one click. Once I've learned what the icon is I don't have to read; I can immediately identify icons even in my peripheral vision.

A thing about icons in menus like this; generally they're for power users. They're not always recognizable when you first use an app; some things are just too abstract for a tiny little 16x16 icon. But once you've got to learn that the plus and the chart means "Connect to Team Project" you can immediately pick that one and go, even if it wasn't intuitive when you first saw it.

Note some of those commands have icons because they're presented in a toolbar (possibly without a label). Consistency (even if redundant) is key here. Why have the Toolbar save button have an icon but the Menu save command doesn't have an icon? Are they really different commands?

Clarify is also important. Note that Save As doesn't have it's own icon. Sure, it's not as common as Save, but a bigger reason not to give it an icon is the most logical icon is too similar to Save. When you have similar commands that can't be given distinct commands, instead give one of them an icon and group them together logically. I can still see the floppy disc icon and recognize "Oh, Save As is right in that same section, between the dividers"; with good IA and applying Gestalt Psychology principles you can group functionality together without the need for too many icons.

An interesting thing to note is in the first example, Microsoft is clearly using a convention where nested menus don't have icons. That makes some sense; icons are for functions (not always; but it's a local convention they're using here). Sometimes you have to make your own conventions.

Now an issue I note in your design is there's an icon for Done. Why? It's in it's own corner with a clear label, nothing to miss click on, it's easily identifiable via peripheral vision. If a button is clearly identified already, icons are probably overkill. You don't often see Submit buttons with icons because they're generally designed to stand out enough as it is.

Also note there's a point when there are just too many icons; the first example is Visual Studio which has a lot of menu items. Even power users can have trouble picking out dozens of app-specific icons, so don't over-do it. Your menus are small enough (from what I see here) that you're not close to overdosing on icons. Yet.

Ben made a good point and I want to add some comments especially about your screenshot: Look at the "folder plus" and "folder minus" icons and at the "plus import" and "minus delete" buttons. I suppose the folder icons mean "create folder" and "delete folder" within your internal data structure while the import/delete buttons are for concrete elements. If this is so, the iconography is already inconsistent: The plus is used as a "create" and as an "import" which is not really the same. My advice: get rid of the icons in the buttons. They're useless. Everyone will read the buttons anyway. No need for additional icons. However the create/delete folder icons are OK. The primary interaction here is importing or removing ressources (i think).