I'm making a baby toy/game to learn numbers and I have a menu with 3 buttons. The first button enters "learn mode", the second button is an easy quiz, and the third button is a medium quiz.

Are there standard colors for difficulty?

European skiing would say Green/Blue/Red, while American may say Green/Blue/Black. Though I'd rather have high saturation colors so kids can easily remember and enjoy them. I also thought maybe a Green/Yellow/Red traffic light convention may work.

A related question: How to represent level of difficulty while selecting a game?

I dont think you will get a definite answer to this since the colors you choose will have to mesh well with your game design and background. However I would recommend making the choices prominent and if possible use pictorial representations to show what each level might be. here is a good example : 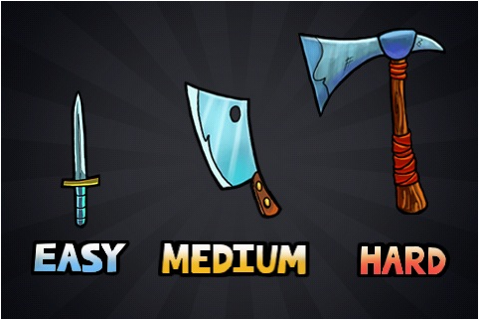 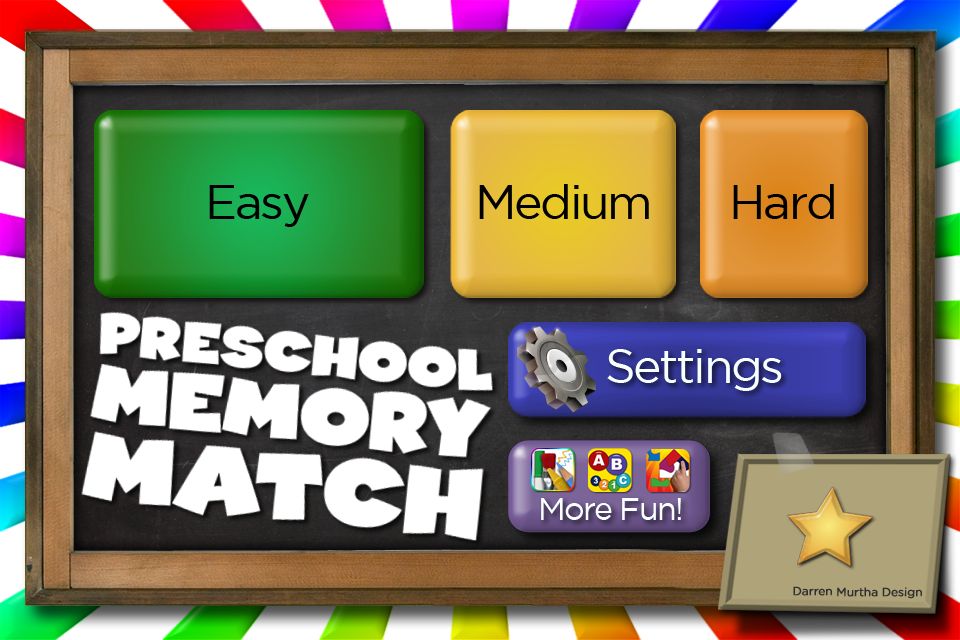 Alternatively you could just go for simple textual descriptions like below : 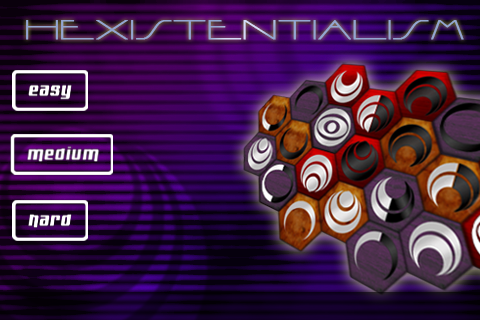 However since your target audience is kids and what ever color scheme you for, ensure that you use bright colors as kids are more likely to respond to that as per this article about Color Psychology In Marketing

Ever notice that toys, books and children's web sites usually contain large blocks of bright, primary colors? Young children prefer these colors and respond more positively than they do to to pastels or muted blends.

Mountain bike trails are also green, blue, red and black. Since this project is for younger ages, I'd skip the black.

Such sporting activities as skiing, biking and others also make use of shapes to further differentiate, rather than using colours alone - thus appealing (or not) to the subconscious.

So for example a green circle is curvy and friendly; the blue square is not curvy, and the red triangle is very pointy and much less friendly (while black diamond is both pointy and absent of colour making it the least attractive).

On the other hand, having asked my own children what colours they would use, they did say green yellow and red because that was what they were used to at school (they use traffic light style symbols at school). Neither of my kids suggested blue, but when prompted, thought blue would mean hard. Neither were put off by the colour red meaning a warning - for example thinking it should be avoided.

Then my younger boy said he would use food rather than shapes - so here's what my limited research at home suggests. I chose fruit, despite my boy suggesting cucumber for easy, bread for medium, and ketchup for hard!!

Not the answer you're looking for? Browse other questions tagged buttons color-scheme children or ask your own question.

3
which is the best way to show Like/Dislike click results?
0
What would be the best actions to attach to an Android phone's buttons when I don't really need them?
6
What are HTML colors that could be used for a 4 level performance measurement (Poor, OK, Good, Great) that would work with color blind people?
9
What background colors would correctly describe level of importance of item on the list
0
Math 2D graphs: best way of graphically (black and white or using colors) representing overlapping curves
0
Which colors should I use for a game result graph?
0
What would be best practices regarding button width on mobile apps?
1
Color Palette Accessibility for White Text Button Labels
0
Which is best for an enter note field: an 'enter' button or hitting the return key?