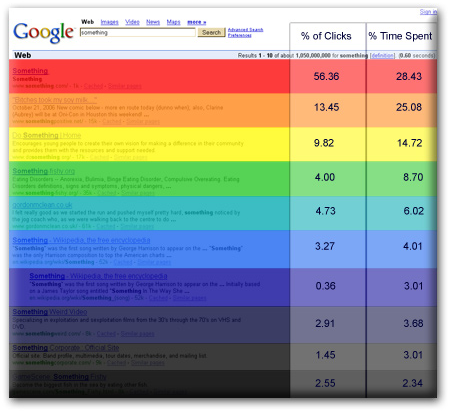 16
Is 10 search results per page the best?
66
Why is Google's "I'm Feeling Lucky" button still next to the search bar?
3
Usage of site/company name in title tags?
0
Should you display author information next to Google search results?
4
Need feedback on how to design a web-based search for books, authors or isbn
45
What should be fetched if you "Search" with a blank query?
12
In Google Maps, why did Google use back arrow icon instead of "X" close for search results list when its clearly a layer on top of the main interface?
0
Button to stop infinite scroll in search result listing?
2
How to show a search result that's 3 levels deep?