Inviting users to send crash reports instead of bad reviews

I'm developing an Android app and I'm planning to use ACRA - Application Crash Report for Android to get crash reports from users.

It seems that a crash report has to survive to many user choices to get to the developer. Below are my options. How can I get the most crash reports, while avoiding frustrating or upsetting the user?

It should be noted that this app is a game, not a casual one, but a game. So my users might not be in need of my app and not be really interested in its improvement.

Android with Google Play offers a default mechanism for this: after the crash, the following dialog appears. It's up to the good will of the users to send the report and refrain from giving a bad rating to the app on the store. 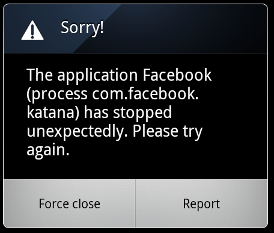 I can customize any message shown. See AdvancedUsage - User Interaction for screenshots of these methods.

Moreover, ACRA presumes that the app has permission to access Internet. "For pure offline applications [like my game] , users might even be frightened to grant this permission and can be suspicious about the real goal of the app or the developer" (source). The compromise here is to send the report via email:

Does the report contain any data that might raise privacy concerns? If not, I'd suggest going with the "App crashed, sending report" method - less bother for the user, more data for you to use in debugging. If the answer to that question is yes though, then the notification would be a better option.

As for the permission to access Internet, almost every app, including games, request that permission these days, for various reasons (ads, in-game "social networks", etc.). So as long as you explain why the permission is needed in your app description, you should be good to go.

I would go with the approach of App crashes, temporary onscreen message saying "App crashed, sending report..." (without asking the users) as that way you can get access to more user information. However ensure that you ask your users up front about their preferences the first time they run the app and ensure your app settings allow them to also turn of the feature of automatic report sending.

You have to realize that crash reports are not the only cause of frustration for users. Users can get frustrated with a number of things such as

With regards to avoiding other bad reviews, You can incorporate a feature to enable the user to easily provide feedback via a form based approach (within the app) which might help in reducing your bad reviews.

Not the answer you're looking for? Browse other questions tagged mobile user-behavior feedback or ask your own question.

11
Why do mobile users give up on the mobile site and switch back to the full site instead?
23
Deliberately annoying users to discourage certain behaviour. Is this a bad idea?
1
How can I direct the user to add a home screen widget after configuring it?
4
Handle Push Notification when app is in foreground
2
Crash dialog - motivating user to explain what they were doing
14
How do you reduce the number of emails users send you?
0
Best way to manage user experience when doing a database reset within a trivia app
1
Strategies for mitigating or dealing with bad or inaccurate reviews on product/service websites
3
What happens when users are given a secret URL instead of a username/password?
1
Should users be allowed to delete reviews?