Submit button on top of the long form

For example user have Options page with long form in it. The most popular options are often on the top of the form, so user is changing them and have to scroll to the bottom of the form to hit "Submit" button. Imagine if user have to change something often and each time user should scroll to the bottom of the page to submit the form. IMHO it would be better for users to put "Submit" button above the form and they would scroll less. Example for testing two different types of forms on jsfiddle.

Sometimes long forms are splitted into tabs for making the form easier to use. But still it would be better to place "Submit" button above the tabs, because the height of tabs are different and the position on "Submit" button will not be the same.

Advantages of placing "Submit" button on the top:

Is there any disadvantages in placing "Submit" button on the top of the long form?

Possible compromise: maybe it would be good for users to put two "Submit" buttons in the long forms (one on the top of the form, another - at the bottom).

Expanding on my comment, a possibility is to simply use a floating header/footer submit button. This way the submit button is always visible and can easily be accessed regardless of one's position on the form.

This has a potential to be confusing though; it should be clear that you can't just press the submit button whenever (unless you can, of course). Instead you should use some inline validation to show what's missing on the form. A possibility is scrolling to the error on the form when clicking the submit button (since it might not be on screen) but I'd want to test that. Automatically moving the user's scroll position is rarely desired.

Consider the linearity of your form as well; a floating submit button would be best if your form is:

I can see this pattern being especially effective if the form were something like customer information where I might repeatedly need to access and edit an already filled out form. This becomes more like editing a document in Google Documents; Submit is now an easily accessible Save feature more than a final note on a sequential form.

What do you think about to create overlay bottom bar with the context buttons? 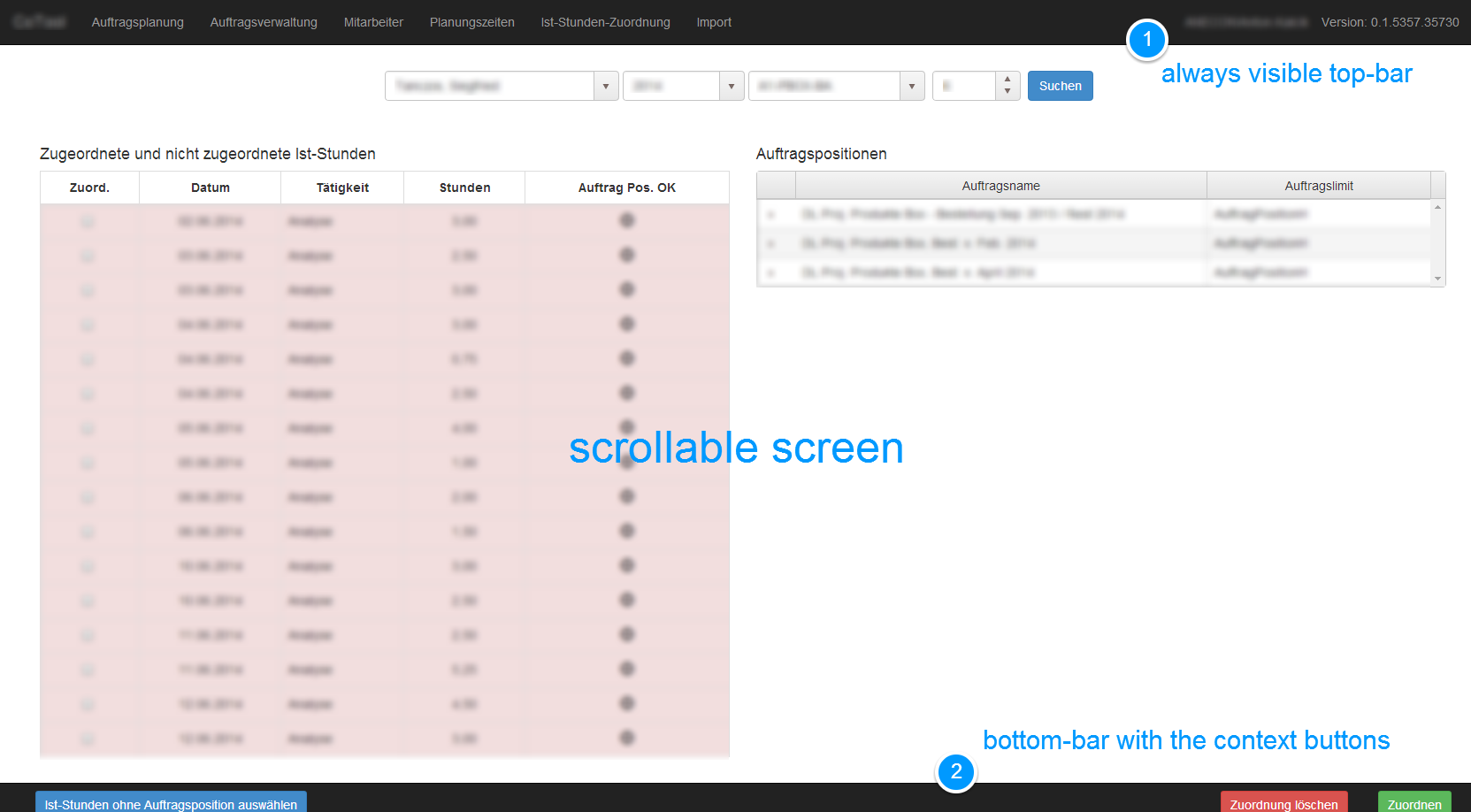 Not the answer you're looking for? Browse other questions tagged forms scrolling scrollbars submit or ask your own question.

6
Would putting a submit button at the top of a long form be usable?
2
Submit button placement on a form with long columns