What's the best way to show you can scroll on mobile devices?

I'm trying to find the best method of showing users on mobile devices that they can scroll in a <div>.

As iPhones/iPads don't have scrollbars, I will need an indicator to show that you can scroll. This should be subtle but present the idea well.

These are the general recommendations I could find. This is what is done in Apple products (Mac OS X, and I believe iOS too) but also partly on Android:

You might take a look at the book Brave NUI World which gives some great dos and don'ts on natural user interfaces. This question is one of the points dealt in this book.

Additionally, you may also look at the list of labels in Gmail and feeds in Google Reader. The top and bottom borders of the scrollable list drops some shadow over the scrollable content, suggesting the the border is "on top" of something and there is more to read. Something like this: 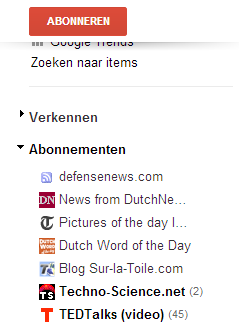 Alternatively, you may also fade out the scrolled content at the top and bottom instead of using the shadow. I do not remember where I have seen it, but I will look for it again.

Usually they solve this by making sure there's a piece of partial content which makes you understand there's something else as well. If the story doesn't end then the users assume there's more and they'll try to scroll. Take story both literally and abstract...

I had a similar question recently ( What is the standard on displaying wide tables on mobile devices?) where I needed to indicate to visitors that a table on a mobile device could be scrolled sideways.

The end result we went with was using a "blurred gradient" edge for touch screen devices. For an example of this stackexchange user JeffH posted this link: http://filamentgroup.com/lab/responsive_design_approach_for_complex_multicolumn_data_tables/, and then scroll down to the first two screenshot examples to see what sort of "blurred gradient" I am talking about.

Then for non touch screen devices we used a double arrow (>> or <<) as it gave those users something to tab to. So far so good.

Not the answer you're looking for? Browse other questions tagged mobile design indicator or ask your own question.

0
Avoid "illusion of completeness" on list of items
1
How to show a screen can be scrolled down?
11
What is the standard on displaying wide tables on mobile devices?
16
'Scrolling divs' in mobile land. Yea or nay?
10
Organise tables on mobile so that user can easily scroll
2
Is there a good visual cue to replace scrollbar

16
'Scrolling divs' in mobile land. Yea or nay?
5
Best way to handle mobile website terms and conditions?
4
Separate app for touch devices or one universal?
22
On mobile web, what's the best way to present Date of Birth form fields?
4
What is the best way to handle mobile notifications with desktop clients?
3
Should I show or hide social media feed widgets for mobile devices on a responsive website?
0
What is the best UX pattern for large dropdowns in case of mobile web pages?
3
Android App - How to indicate existence of unsynchronized data
4
What is best way to display a partial mobile number
1
What is the thinnest a top bar can be for effective touch navigation on mobile devices?