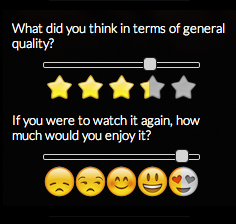 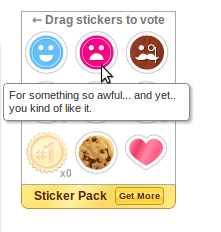 0
Multiple ways to show approval for an item
11
How do you observe body language and facial expressions in user testing?
14
How do you nudge users to download your native app?
3
How to best understand users' emotions?
15
How to position Thumbs Up / Thumbs Down with progression on one line
1
How can I prevent the users from feeling awkward or uncomfortable when talking to an unknown user with no available profile or references at all?
1
Lightweight way to gather feature requests from users and let them vote?