In a blog article, how to subtly hint that some of the images link to bigger versions?

I published an article on the Cooking.stackexchange blog yesterday. I shot all photographs in a standard 3:2 side ratio, but when I inserted them whole, I didn't like the appearance. I asked for help in the Graphic design chat room, and Pankeej gave me a great idea: to cut out interesting parts of the images in a size which looks good when inserted into the post (650x200px) and link them to the standard versions (650x430px). I did this, and the blog post looks good now, but I was afraid that nobody will notice that the images link to bigger versions. I asked a friend whom I had sent the link, and he admitted that he didn't notice at all that there may be links to bigger images, despite the fact that his cursor gets changed onhover.

To make the matter even more problematic, there are other pictures in the post which don't link to anything, because they are already embedded in their largest size. Also, there is one picture which is visually different from the others, because it has a caption, and Wordpress adds a whole box around the picture for the caption.

How can I get readers to notice that they can click on some of the pictures for a larger version? I like the way the pictures appear now in the post, and I don't want to change their appearance drastically, e.g. by adding a thick border or something similar. Also, this is hosted on a WordPress instance administered by Stackexchange, and I can't install more plugins or similar. I must be able to solve the problem with simple HTML, or image editing. 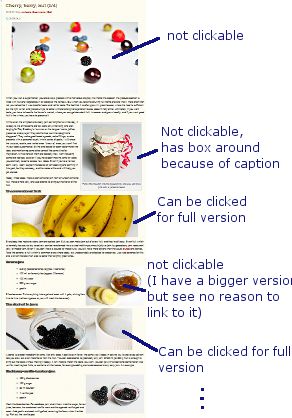 This is what the reader sees after clicking on the wide blackberry image. 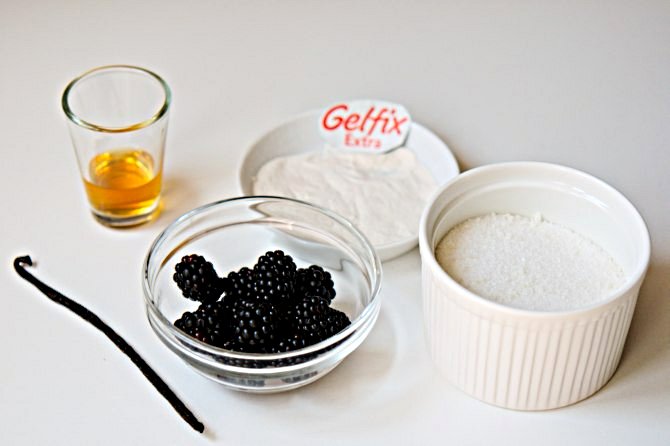 If consistent throughout your site, how about a clickable plus icon (sample below), distinct from the photo content itself, in the lower-right of each image that can be enlarged.

Add a little caption inside the picture indicating that it can be expanded or a magnifying glass or both, "eg. Click for full size".

Can you add inline css? A similar thing to this might be possible too.

Your best bet is to look at standardized patterns for the same or similar media. Video content for example, usually carries an icon indicating the content can be expanded - and these differ only slightly from player to player.

The user has already been trained to recognise the icons meaning, so whilst using it on images may be less common, it will trigger the same emotions from the user.

In the past (before the touch UIs) simply making the image a link to it's larger version, and the pointer change that indicated it, was enough.

But with touch UIs there's no pointer to change to indicate it's clickable, and an accidental click could be expensive in terms of downloading times. What I do now is simply put links that say "Larger image" or "Full size image" at the end of the caption (or as the caption if there otherwise is none).

3
Which one output format is the best for the user?
7
How to visually suggest to the viewer that there is more than meets the eye in a elegant, neat looking way?
1
Best way to indicate that a slider caption & call-to-action box is attached to an image?
1
Lightbox Gallery Thumbnail Indicators
0
In a news article should the full-width image come before the H1, or after?
4
Explaining to computer illiterate users - text vs images of text
0
Is displaying tags and categories on recent posts unnecessary?
4
Images look bad with perfect paragraph width
0
Why do nearly all the social media platforms have nearly the same layout for "user's post" and how can I implement similar layout in my design?