In iOS when you type a word which the device feels fit for auto-correction you get a visual hint as below: 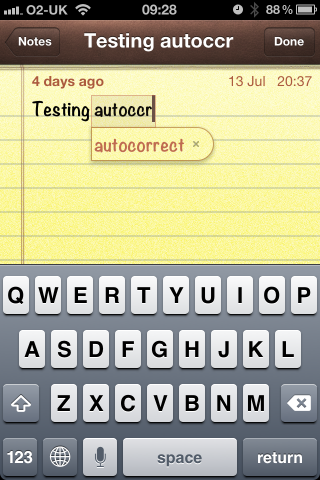 And in other apps: 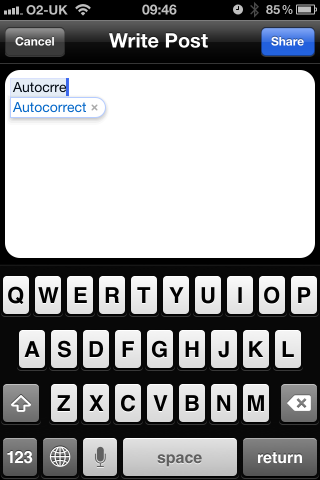 My issue with the way this works is that 2 and 3 are the same thing. The 'X' is small and difficult to press exactly, and often trying results in pressing the word itself which then replaces the word you're typing. If the autocorrect tooltip has appeared meaning the word will be replaced by default, why does there need to be the option to touch the word for immediate replace? Surely pressing the 'X' should cancel, pressing the word should be functionless, and continuing to type should trigger a replace.

My opinion is just my opinion but I'm interested to see whether more experienced UX pro's think this is slightly problematic from a user's perspective?

I don't know why, but your 3rd perception is wrong.

Actually the 1st and 3rd are same.

i.e If you press either the word or the 'X' button, they perform the same function, which is cancelling the suggestion.

Moreover they are not two controls, this is only one control.

I found it! When you tap inaccurately outside the boundaries of the actual suggested word (which usually happens to be small enough), then the suggested text would be assumed to be correct and will replace the text.

It has happened to me, that due to the fact that I have fat fingers and I usually type in my phone with the thumbs. then the iOS device thinks that I'm tapping outside the word and will replace the word, which is Annoying!

Not the answer you're looking for? Browse other questions tagged mobile or ask your own question.