Why doesn't the Mac OSX finder have a Cut option? [closed]

I observed that MacOSX finder does not have a Cut option (or shortcut Command+X) to move the contents. Is there a reason for removing this option? Does it improve usability in any way?

What Apple decided to do with the "Cut and Paste" procedure in Windows is simply to combine them into one action, Move.

With OSX the user applies direct manipulation by dragging a file or a group of files between folders, rather than selecting and cutting them out into some virtual un-graspable medium.

Whether it improves the usability is up to the individual user as I see it, if you like moving files around using nothing but keyboard shortcuts then the Apple approach will not be suitable for you. However, I would argue that it improves the transparency of the action by making the process easier to understand and follow for the novice user.

Mac does support Copy as well as Cut as explained above. The only difference is how they are perceived.

On Windows and other environments, users need to decide before taking an action whether they want to copy content or move content. Paste is a simple activity that depends on the previous action taken. It has a usability flaw which is evident in an example where user chose to copy - now if he wants to move content instead of copy, they have to go back and cut the content to be able to move it.

Unlike this action based task-flow, Mac has taken the route of cognition based task flow. They do not have separate action keys for copy and cut, rather they are more task based - copy and move. So a single action to copy brings the item to your clipboard (think of it as picking the item from your container). Now while taking the action of putting it into some other container, the user can decide whether he wants to drop that item in new container or simple place a copy of the picked item in new container while putting the original item back in its parent container.

This has made Macs more usable since now users dont have to decide at the time to selecting an item whether they want to copy or move. Rather while dropping the item they have the choice to make. Thereby users dont have to go back and forth to change their decision. This is specially true because typically files lie in different folders and if one changes their mind between copy and move, they have to do lot of traversing among the source and destination folders.

So Mac has implemented Copy and Move in more understandable format whereas other OSs have taken the route of forcing users to make that choice first by making copy and move explicit by using actions like copy and paste.

There are 2 things that works against the usage style of Mac though: 1. The action to put into clipboard is called copy which might be confusing as Copy usually means creating a copy of the item. So the actual usage is not same as what the label would mean. 2. Move functionality is hidden in keyboard shortcuts and not evident to the users. Only advanced users or users who have taken the pain to learn the keyboard shortcuts for various tasks on Mac would know that such a functionality exists. A beginner user would simply assume that such an important functionality is completely missing on Mac. Infact, the option to Move doesn't even exists in Edit menu of Finder thereby hiding it completely from the user.

In addition to the cut and paste option mentioned above, you can also right-click to cut and paste. As you can see from the screencap there are both cut and past options. Cut will dim the text of an icon until it is pasted elsewhere, at which time it moves the item to the new location. 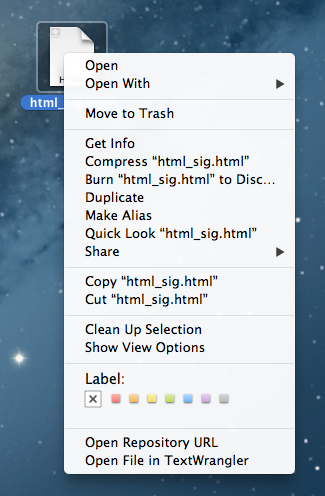 Dim text indicates the item has been cut. 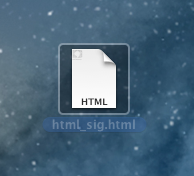 One improvement to usability is that users are less likely to cut a file and then forget to paste them somewhere, which resulted in deleting files when the user clearly did not want to delete their files. The cut & paste mechanism was broken, because it made it too easy to loose data because of a somewhat hidden UI limitation.

Any feature, in order to exist, needs to be implemented. So the only real answer to this question is: 'Cut file' does not exist, because it has never been implemented.

And no, the other two answers are not correct, and any answer I've read wasn't convincing either.

This is a feature that:

"Apple's one button mouse is better and less complicated because it is 'cognition' based".

Apple's approach to cut, paste and move to me feels belittling-ly oversimplified. If Apple instead of God would have designed mankind we would have one arm instead of the hard-to-track-and-keep-in-mind two.

Not the answer you're looking for? Browse other questions tagged usability keyboard-shortcuts mac-os-x or ask your own question.

4
Reason why disabling options without explanation is bad?
21
Why doesn't pasting (Ctrl-V or Command-V) default to unformatted text?
7
Industry standard for button captions that use a Function Key as the keyboard shortcut
1
Why is Apple using the settings icon for showing more options?
5
How to define shortcut keys for an application?
6
Demonstrating focus on buttons: the Mac OS X window interface approach
0
Keyboard shortcuts as Numbers