The SaaS project I work on was acquired by a new company back in 2009. We are finally preparing to do a branding/logo change. We are split in-house between whether to do a cold-turkey change, or a gradual change.

The change will be seen by our direct customers (partners), as well as the customers of our customers (end-users). In any case, we will be notifying our partners of the upcoming changes, but the our partners' ability/willingness to relay the info to the end-users is unreliable. So inevitably, regardless of what we do, some end-users will notice the changes without warning. On the up side, those end users won't be calling us, they'll be calling our partners :)

The two options being bounced around are:

Is either method known to provide a better or worse customer experience? Are there mitigating factors that effect which one ought to be preferred?

Use Joyride, and a one time change. Let the user know things have changed a bit. Inform them the website has changed its look and feel, but assure them they are in the right place. Give them a guided tour of the new features, and how the site was modified. 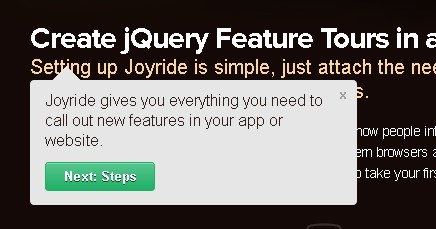 Incremental Changes would be annoying!

This might not answer the very specific (thank you) question you asked but:

Also consider focusing efforts on giving your clients the tools to communicate the change out to your end users. It will affect you even if you are not in-touch with them directly.

I'm just throwing out ideas but there are probably many more and better ones. In the end it is all about communicating clearly and positively what the change entails.

Not the answer you're looking for? Browse other questions tagged branding or ask your own question.

3
Where is the best position for company logo in services login page?
1
Which language to use for an European brand name?
0
How to show brand & logo for every images on an E-Commerce website?
5
Does brand logo placement increase user trust?
2
UI UX best practice in changing applications app bar color?
5
Can it hurt our brand to use our logo as a (floating action) button?
0
Best experience for the user when loading up an iframe
4
Who should manage CSS colour variables in a web project? Design or Front-End?
0
Is it a good practice to change the colors of a brand or logo without changing the logo itself?