How often do users overlook controls that are revealed by hovering?

Techniques that reveal controls on hover (as used by apps like twitter) have been suggested as a way to simplify an interface and focus attention on content. However I wonder how many people fail to notice these controls and as such never make use of them.

Some examples of the twitter controls revealed by hover:

Older version but demonstrates the concept: 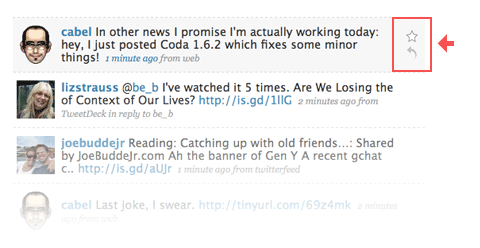 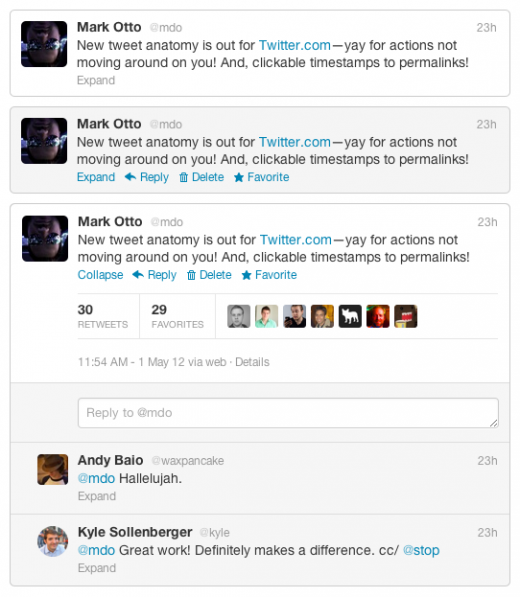 The Windows UX Interaction Guide is explicit: “Don’t depend upon mouse hover effects to reveal progressive disclosure.” (p32) At the very least you need something that clearly indicates that commands are available (e.g., a label saying “Actions” or a fly-out arrow). It still makes control use inconvenient (the user can’t aim for the desired control until after it’s disclosed), but at least the user has a clue that something can be done. Similarly, if your content objects (e.g., list items) look selectable, then it's okay to show the controls for an object when the user hovers over any part of the object (or even wait until the user actually selects the object) because at least you're showing that you support interaction, just not what specific commands.

IMO, the use of hidden controls is way overdone in many web apps. I suspect their problem is so patently obvious, no one has bothered to do the research. Would you give someone a masters degree for showing that users are more likely to miss controls when they’re hidden than when they’re not? That finding doesn’t advance HCI theory.

However, if you want one datapoint, I can tell you that I was personally frustrated to discover that in upgrading by Acrobat plugin, I’d lost the simple ability to save the pdf. It took me quite a while to discover that, of course, a user is supposed to “mow” the window with the mouse to discover if there are any hidden controls. It’s like a horror movie where the protagonist has to try the right book in a bookcase to open the secret passage. I understand the desire to focus on content, but why are we making our controls secret?

Not the answer you're looking for? Browse other questions tagged usability controls hover or ask your own question.

4
What are unique UI controls on Android?
9
Why are different cursors used when hovering over buttons in Gmail?
3
Best alternative to slider controls for iPad users?
1
Is there a generally accepted way of handling controls that are not the same size?
2
How can I display lots of controls that are contained within expanders?
25
Why are the controls opposite/inverted when flying in a game?
5
Why hover colors are often inverted
1
How many similar controls warrant a mass action?
46
Is it good practice to allow users to navigate simply by hovering on a menu item without clicking?