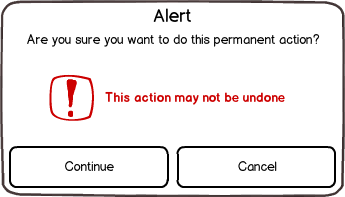 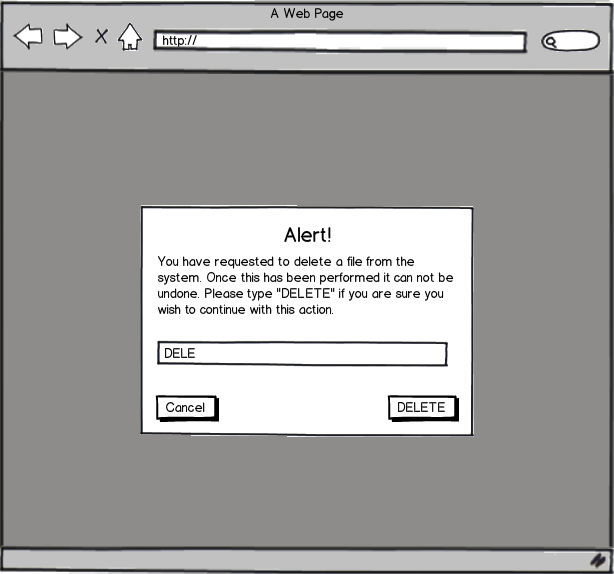 3
Double confirmation for DELETE action?
7
How should a dangerous action be presented to the user?
95
Deletion: Confirm or Undo? Which is the better option and why?
51
Why would one use "enter the name of the project to confirm"?

29
Should alert boxes be avoided at any cost?
9
Are there any studies of users getting jaded of dialog requests?
8
Why are alert/confirm dialogs bad for mobile web?
0
Seeking examples of a modal window that has Download and Upload actions?
6
Two Actions on an Android Snackbar?
3
Actions after saving a state
5
Alternative to Radio buttons
1
How should I indicate to users that Escape can close a modal?
1
Disabling a modal dialog while waiting for the server
1
Table (in the modal window) with actions which require another step