Representing time generally is easy with a clock, an hourglass etc. But how would you differentiate between a time estimation and the actual time spent on a task? Do you know of any example where these concepts have been represented as icons?

One way that you might consider tackling this is to exploit the difference between analogue and digital icons for time. Analogue carries associations of vagueness and approximation (it's impossible to read an analogue clock or stopwatch to the millisecond), and as such is also perhaps more metaphorical, representing 'time in general' — think how many icons representing time/duration are really just analogue clocks. By contrast, digital displays of time are precise, specific, and arguably more literal, so these might be good to use for actual time spent on the task.

I'm attaching a sketchy approximation of one way in which you could implement this. The stopwatch icon represents estimated time spent (and could have an actual number superimposed for the estimate). The digital clock is there to account for all the time spent on the task so far (very much in the style of the show 24's logo as it relentlessly shows time ticking away). 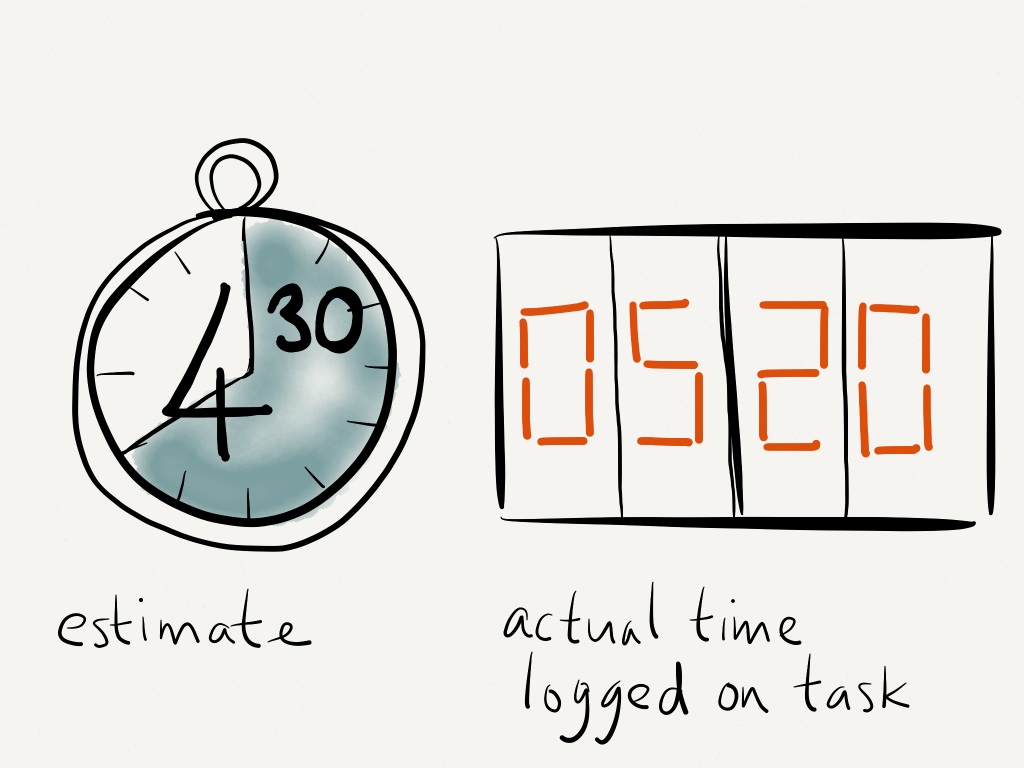 Of course, these days, many users have never seen a mechanical stopwatch. But you never know -we still often represent "phone" with an image of the old AT&T landline non-portable handset or desk phone, and it seems to work.

To show estimated time remaining, you may want to evoke a countdown. A backwards-running stopwatch could convey that, or maybe a negative time like used for rocket launches (as in "t-minus 5 minutes 15 seconds").

I would recommend investigating exposing the actual time data (with a single icon) at the highest possible level - and then using style/format treatments to differentiate.

Here's an example that uses a clock icon - and then differentiates actual and estimate by style. The exactness of the actual time format is also communicated (without icon or label) in contrast to the looseness of the estimate format. 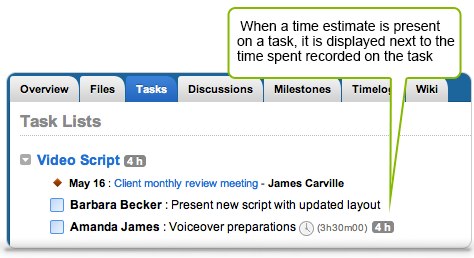 Do you have a screenshot or wireframe to give more context? Is the icon bound to an action or is it solely visual?

I don't think an icon is necessarily the most effective way to achieve this, as there isn't something already in common use for estimated time vs. actual time. I'd use 2 stacked bars:

This approach would give you an easy way to see at a glance how the estimate related to the actual. It's more of a (really simple) infographic approach but would help your user to get more value from the imagery.

Not the answer you're looking for? Browse other questions tagged icons time or ask your own question.