When should you use popovers in an iPhone app?

I am working on an iPhone app for a client.

At the moment they have a main page for viewing a list of events and then a "filter" button to press to take you to another page to set the distancea away from the users current locations. The filters just affect that page.

I wondered if it would be appropriate to use popovers for this - just because they more directly link the page to the filters.

And that got me to thinking whether there is any best practice for using popovers in an iPhone app?

Oh yes and are they called popovers or popups? (:

Here is an example of a popover: 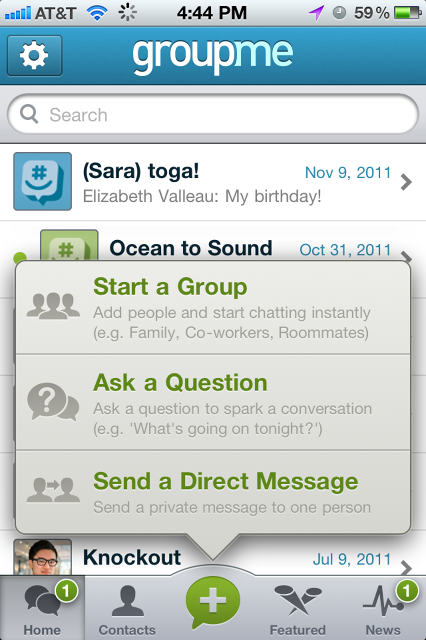 I can't come up with specific best practices, but I have seen a worst practice in use quite a bit: Using pop-overs when a separate page would make more sense.

In your example, I'd see that as a quick navigation tool, and probably makes sense to leave as a pop-over.

But I've also seen apps based off of existing desktop apps where they had made use of a lot of modals. On a mobile device, if you're using the modal to display content, the modal tends to have to be as big as the screen itself. As such, making it a modal doesn't really benefit the user and often is a detriment, as now you have to deal with scrolling/navigating around a modal. Often, the better option would be to use a new 'page'. I use 'page' in brackets in that it doesn't have to physically be a new web page if we're talking a web app--but it should be a full page in the sense that it's a native mobile screen. A common UI interaction would be to slide the current page to the left to show the 'modal' content sliding in from the right.

So...after typing that, maybe I did formulate a best practice:

Bit of an old question but aren't popover controls only available on iPads.

Popover controllers are for use exclusively on iPad devices. Attempting to create one on other devices results in an exception

Not the answer you're looking for? Browse other questions tagged mobile iphone or ask your own question.

5
Filtering and searching with UISearchBar on the iPhone?
6
Rating control for iPhone world
4
iPhone table view filter with multiple controls
5
When to show a lock screen (iOS mobile app)
6
Automatically redirecting to mobile app from home page?
4
Handle Push Notification when app is in foreground
2
Where should I place the "Actions" button?
1
3D Touch for 6s users and long press for iPhone < 6s?
1
Save filter and show it on homepage
1
My iPhone app requires sellers to verify their email address and phone number, when should I do that?