What's the deal with Windows 8 elements with ALL CAPS? 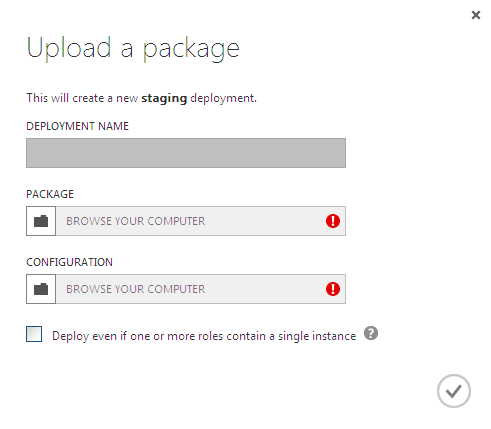 and that seems to be "Windows 8 style". Visual Studio 2012 also has plenty of user elements in ALL CAPS.

For dozens of years ALL CAPS was considered yelling and just bad style and now suddenly ALL CAPS is everywhere.

Is there any research about how ALL CAPS is good or bad in UI and how it got into Windows 8 UI in such quantities?

For two main reasons,according to Microsoft posted 3 days ago:

We’ve chosen to use uppercase styling in the top menu for two main reasons: 1) to keep Visual Studio consistent with the direction of other Microsoft user experiences, and 2) to provide added structure to the top menu bar area.

On the first point, the use of uppercase text is becoming a strong signature element of styling for navigation and headings in Microsoft user interfaces. You can see it in the Azure Portal, in Zune, and in the latest Bing search results update.

On the second point, we explored designs with and without uppercase styling. In the end we determined it to be a very effective way of providing structure and emphasis to the top menu area in Visual Studio 2012.

And I myself think Microsoft has made the right desicion, since it's easier to see MENU as headers than using ordinary Menu style: 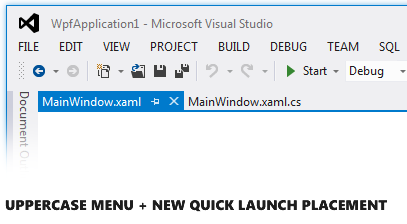 The last notion on the blog post is important. If you dislike the ALL CAPS menu, the possibility to change it will be enabled. Hopefully this option will be enabled on other Microsoft products as well.

That said, we will enable you to customize the casing, and we are exploring options for how to expose that choice. We will post again once we’ve settled on a final approach to be available in RTM.

Caps are an effective way of introducing visual hierarchy without increasing point size or using bold. All-caps can make small text seem more important or conceptually higher in the hierarchy than larger text.

Metro, being highly typographic, requires designers have a significant degree of freedom to express visual hierarchy without resorting to colour or other factors older, more conventional design languages might use, so text case (all-caps, all-lowercase and sentence/title case) becomes one of the most useful, flexible tools in its arsenal.

In Metro (at least in Windows Phone 7), all-caps text is used for text that is higher in the logical hierarchy but less important in the context of a given activity (things like the app's name which is important and logically the "parent" of all the screens inside the app, but itself as useful to the user while they're using the app as the screen names). For example, here's Evernote for WP7: 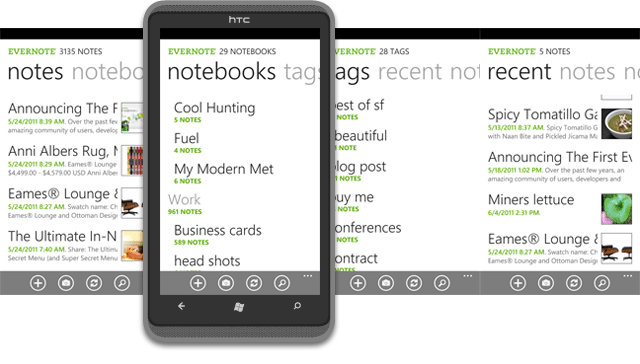 …and here's the way it's used in the Windows Phone Marketplace app: 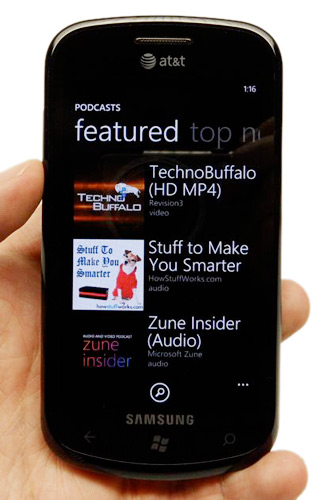 Thought this was funny ... someone has already created a hack to turn the visual studio ALL CAPS Menus back into lowercase. (I realise Microsoft have said they will expose this functionality themselves... but this demonstrates someone with a level of urgency).

The point here is that many people really find ALL CAPS hard to read and/or aesthetically painful (despite Microsofts attempts to increase spacing between the Menu items).

This is backed up scientific studies by Colin Wheildon and others. As the Wikipedia entry on ALL CAPS puts it: "His conclusions, based on scientific testing in 1982–1990, are: "Headlines set in capital letters are significantly less legible than those set in lower case.""

Headlines must generalize somewhat to Menu's. I would guess Microsoft must have done the user testing to see how it works in menus.

Can't find any references to them yet but I am sure others will be doing tests more publicly soon. Would be very easy to test now that you can show versions of Visual Studio with and without ALL CAPS. Just see how quickly a bunch of users find certain menu items et voila.

Fascinated to find out.

Not the answer you're looking for? Browse other questions tagged text typography metro legibility or ask your own question.

54
All capital titles: good or bad?

70
Why are Inverted Colors considered an accessibility feature?
19
Why is it that all caps text looks like SHOUTING, but all caps handwriting is easier to read?
2
Where to find sizes of Windows 8 UI elements?
4
Is there a reason behind the dark disabled buttons in Windows 10?
2
Is it better to convert ALL CAPS messages to Title Case for user-submitted content?
2
Does uppercase (all-caps) text in headings and navigation reduce the overall user comprehension of the website?
26
Asking for a written form filled in ALL CAPS
3
All Caps vs Bold
2
How to deal with style leading to ambiguous situation?