Should you have rollover on a button? 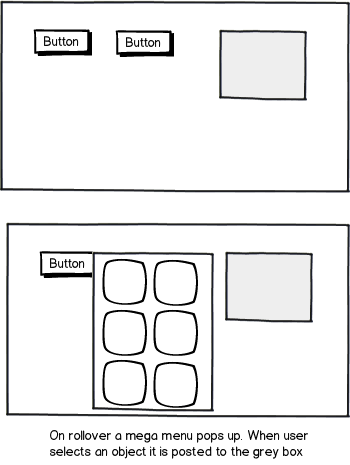 This particular product has a couple of buttons. When you rollover them they pop up megamenus from which you can make selections of objects to insert into a form.

Part of the team thinks that with jquery interfaces this is now acceptable practice and that it aids discoverability.

I have a problem with it as I feel that users have to see stuff they didn't ask for. I guess I feel it is not a "polite" interface in Alan Coopers sense of the word. I think it would be better to require an initial mousedown event to bring up each menu.

Anyone have any examples of this behaviour in real products? Or can think of other justifications why not to do it.

You're right, you can't have this happen on rollover on a button. The reason is actually quite simple: you don't wan't the menu to pop each time a user accidentally rolls over the button on her way to a different control. It would be extremely distracting and uncomfortable. So what you do is display the menu after a small delay. But that's the standard behavior of a tooltip, so users who hover over the button for a second or so expect a tooltip to appear. So having it display the menu means that you won't be able to use tooltips to explain the function of the button. It also means that other controls in the UI, those who do have a tooltip, now behave in an inconsistent way with these menu buttons.

If this were a different type of control, not as heavily associated with tooltips, then such a menu (with a small delay) could be considered. For example, the username link in the header of StackExchange sites.

Another reason is that a button is meant to be pressed. That's what the users know and expect. If a click doesn't open the menu, what does it do? The placement of objects in the form is done by clicking on the menu item, not the button itself, so the click must open the menu.

The MS Office ribbon is full of buttons displaying large menus - that's a good reference to best practices in this regard. 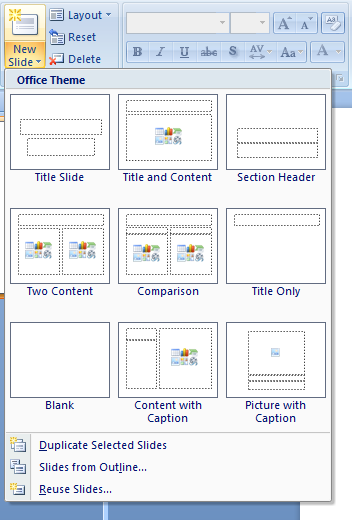 Not the answer you're looking for? Browse other questions tagged gui-design buttons controls jquery or ask your own question.

26
Are hover menus in headers easy to use?

5
When is it okay to hide actions until triggered by a rollover event?
5
One button or two?
17
Where do you put the delete button if you have delete, cancel and submit?
2
Why do most microwaves have a "Popcorn" button?
3
Differing behaviours of the previous song button
9
Does a rollover that replaces content with an icon help user understand the role of a button?
3
When a text field should have Clear button?
94
Should I have a disabled button or no button at all, if the user doesn't have sufficient privileges for the action?
0
When you have 3 buttons (one primary and 2 secondary) in a 2x2 grid, where should you leave the space?
1
Which button is better when you want to load results from a filter?