I am creating a site where I have decided to place the navigation bar above the site header (below).

I was just wondering if anyone has experience using this technique in a website, and had any feedback from users on whether on not they like this. My concern with this is that I don't want users to be searching for the navigation when they scroll down and the navigation becomes hidden.

There are plenty of successful websites out there using this navigation layout, so it not all bad or all good. I personally am against it, an here's why. It violates visual hierarchy. With the nav above the site name (and/or) tagline.

With the traditional layout, the nav is clearly a child, and the logo and page name are clearly the parent item. Clearly indicating to the user that these buttons will move you around the parent site. 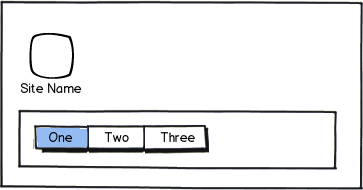 With the nav on top layout style, it is less clear that the nav is a child of the site name, and not independent. For example, I as a user may think that this is an inter-site nav (like the top nav on google, or cheeseburger network); rather than the normal intra-site nav. 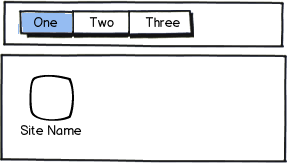 If you must put the nav above the header, here are some alternatives to consider: With this one the containers are organized so the nav is still the child, but its still less clear. 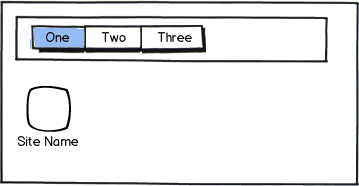 Or you could do something like TechCrunch and keep the logo inline with the nav, which works very well and is quite clear:

Lastly you might consider just putting the nav below the header, and on user scroll, fix it to the top of the browser.

Your concern shouldn't be that navigation disappears when people scroll down (it will also disappear if it's part of the header or under it - unless it's sticky). Your concern should be that people won't notice in to begin with. This for two reasons:

Also - the navigation bar usually controls the area underneath it. The way you propose to do it, you break this connection and the area immediately under the navigation bar remains the same on all pages. This is confusing and weird and it interferes with your users' understanding that the nav.bar is indeed a nav.bar.

Not the answer you're looking for? Browse other questions tagged navigation header or ask your own question.

5
Drop down consistency needed on navigation on site header?
0
How tall is too tall for a fixed header?
8
Are people used to seeing a "My Cart" link in the header?
1
How can the word "feedback" in the header affect potential new customers?
2
Best way to stop a navigation from wrapping by changing design?
1
fixed header - with navigation for e-com site
2
Search-Bar in Header OR Navigation?
0
Multiple logos in header with long navigation
4
Recommendations for improving tree navigation